Darkness, hiding the past and its horrible secrets, gives way to light, gradually revealing three women in frocks and boots, standing silently on battered timber decking. The mother and her two daughters stand motionless in front of a ramshackle, weather-beaten house with broken posts leaning on crumbing walls.

Their stillness suggests something is amiss.  Like a mini Greek chorus, the women tell us how they have killed their husband and father. The speeches are clinical, matter-of-fact, and are delivered with vocal variety and skill. Immediately we are launched into the deed the women have done: committing murder on a violent aggressor and destroyer of dreams.

Playwright Angus Cerini’s The Bleeding Tree is a poetic tale that begins with the detailed description of a dramatic event and then explores the hell experienced by three women trapped in a broken household in the Australian outback.

In this production, directed by Theatre Republic artistic director Corey McMahon, the mother and daughters are played by Elena Carapetis, Annabel Matheson and Miranda Daughtry. The trio are spell-binding in their portrayal of these women who must now deal with new dangers in the form of visitors who want to know the whereabouts of the missing man.

Individually and collectively, the three appear, by turns, haunted and frightened, determined and violent. Without having to see it, we know what horror has transformed them.

There is dark comedy in The Bleeding Tree as the women rehearse a story to explain their husband and father’s disappearance, but the gravity of their predicament is ever-present. Carapetis, Matheson and Daughtry comfortably portray the multi-layered key characters, as well as becoming the voices and personification of visitors to the house.

The tension in the play revolves around whether the women will be discovered, and how others in the community will respond. 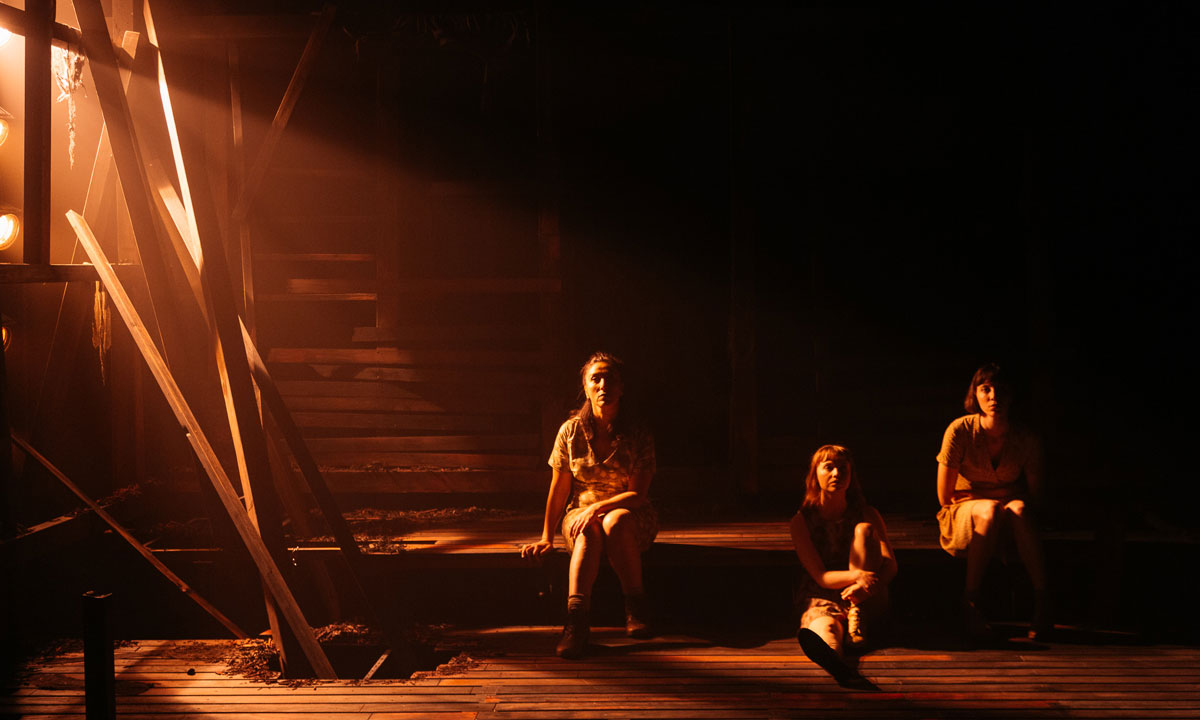 McMahon has assembled a terrific production team to bring The Bleeding Tree to life: the broken house designed by Victoria Lamb reflects the damaged lives of the occupants, Chris Petridis’s lighting gives a sense of heat and horror, and Jason Sweeney’s original composition unobtrusively complements the drama.

The events in this play are confronting; in a Brechtian manner, they encourage the audience to think deeply and consider how they may have been prevented. Often, the dialogue and images are Shakespearean as we are invited into the  characters’ lives through provocative language and the world of the imagination.

Theatre Republic is focused on intimate and challenging theatre, and The Bleeding Tree is well worth the experience.