Windmill Theatre Company is celebrating its return to the stage with a special tenth-birthday season of its award-winning production Grug.

Directed by Sam Haren and based on the iconic children’s book character created by Ted Prior, the live show expertly combines puppetry and vivid storytelling to take audiences on a whimsical journey into the life of this wonderful Australian character who began his life as the top of a Burrawang tree that fell to the ground.

Set on a beautiful grassy knoll, the one-hour performance begins with a brief overview of Grug’s origin (handy for those who are unfamiliar with the character or haven’t read the books in a while). From there, audiences are taken on a fun adventure filled with laughs, surprises and friendship.

Performers Matt Crook, Zoë Dunwoodie and Tim Overton bring the story to life with their skilled puppetry and expressive performances. Each exudes a sense of fun and excitement, and their playfulness and interaction with the audience ensures the production never loses steam. 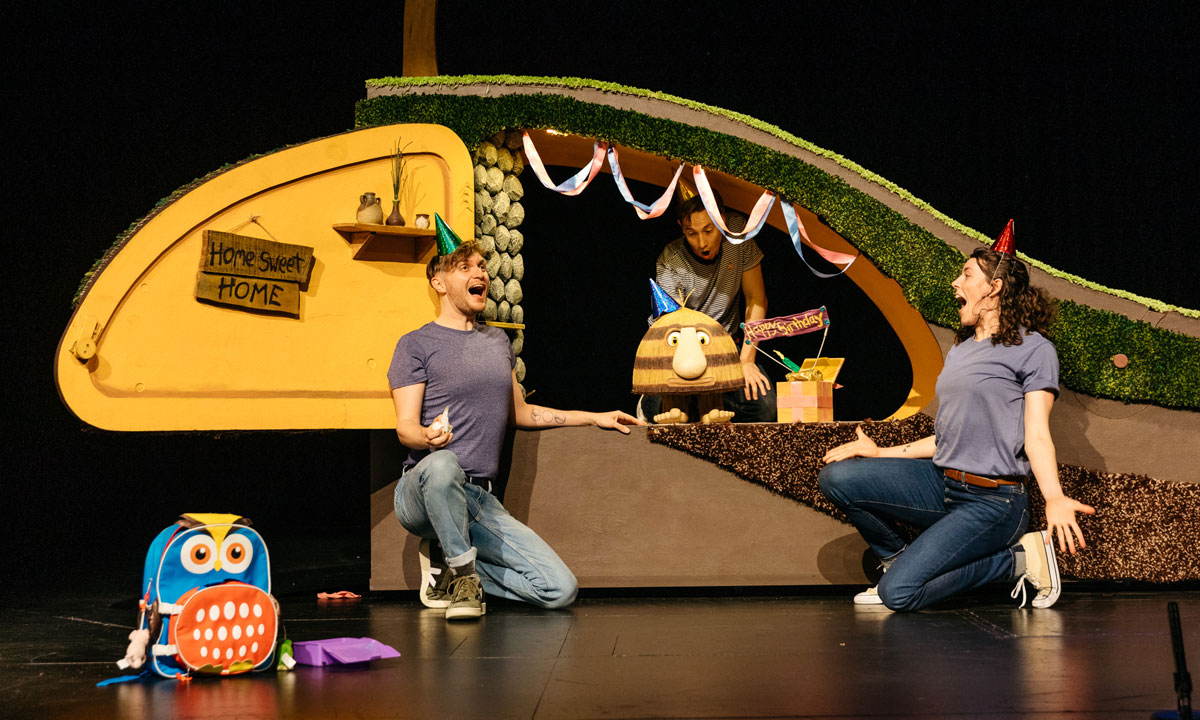 For many parents, the magic of children’s shows lies in seeing your child engage with the characters on stage, and Grug offers plenty of opportunities for youngsters – and their parents – to do just that. Seeing the smiles on their faces when they do so is absolutely worth the price of admission; my little boy loved it and there was plenty of laugher and happy shouts among all kids as they talked and danced with Grug.

Jonathon Oxlade’s intricately crafted, multi-faceted set brings Grug’s world to life in vivid detail, with surprising hidden doors offering a peek into his lovingly crafted burrow and other hidden areas. A subtle soundtrack of sound effects and music by composer DJ TR!P adds another dimension to the performance, while soft hues of orange, yellow and blue are used to light the stage, creating a calm atmosphere which is not overwhelming for younger children.

Originally produced in association with Queensland Performing Arts Centre’s Out of the Box Festival, Grug has gone on to tour 35 countries since its premiere in 2010. It’s a thoroughly enjoyable experience and it is easy to see why audiences fall in love with Grug.

Suitable for ages 2 and above, Grug is playing at the Dunstan Playhouse until October 18.