The idea for Decameron 2.0 – based on Italian writer Giovanni Boccaccio’s 14th-century work The Decameron – came from playwright Emily Steel, whose play Euphoria was to have been presented by Country Arts SA and State Theatre in April but had its season cancelled due to COVID-19.

She says she originally encountered Boccaccio’s collection of novellas years ago while studying for an English degree, but never read it all the way through.

“It was written after the Black Death had been through Italy and, of course, being a bit morbid, when the coronavirus was spreading across the world I thought that was an excellent time to read a very old book set during the Black Death.

“In it, he writes these 10 characters who escape the city of Florence to get away from the plague and they tell stories to each other – over 10 days, they tell 100 stories.

“I thought, wouldn’t it be brilliant if we had an updated version.”

Steel casually mentioned the idea to State Theatre Company artistic director Mitchell Butel, who decided to run with it.

Decameron 2.0 is a collaboration between the company and SA’s ActNow Theatre, which has a focus on socially conscious performance. Utilising funding secured through Arts SA’s COVID-19 grants, the project will provide work for 30 professional writers and actors who have lost work and income as a result of the pandemic restrictions.

“I’m delighted that in the midst of COVID-19 absences from our normal theatres, State Theatre Company South Australia is collaborating with ActNow Theatre, one of the most innovative, inclusive and dynamic companies in Australia, on a whole new form of theatrical storytelling that we can share online with our audiences,” he says.

“Inspired by history and responding to our current world and crisis, this project will generate daring new tales of love, fate, destiny, community and wonder and bring together 30 diverse South Australian writers, actors and directors in what may be one of the largest and most exciting digital theatre projects to come out of the lockdown.”

Steel has the title of supervising writer for Decameron 2.0, which will involve 10 established and emerging writers. In developing their stories, they will also work with First Nations, LGBTIQ, and culturally and linguistically diverse artists from ActNow’s community workshop groups.

Beginning tomorrow, the writers will meet online each Thursday morning, when they will find out the theme for that week and then have just a day to write a monologue or free-form piece of around three minutes. A director and actor will be assigned for each story, which will be performed and recorded over the next few days at State Theatre’s Wigg and Son warehouse, then broadcast online soon after.

“For each of those themes, the writer’s task is to create a new character based on people around South Australia and write a monologue in that voice – not necessarily based on real people but inspired by people in South Australia.”

Steel will write 10 monologues herself and, although she was involved in the early discussions about the themes, she doesn’t know which ones have been finalised or how they have been tweaked. 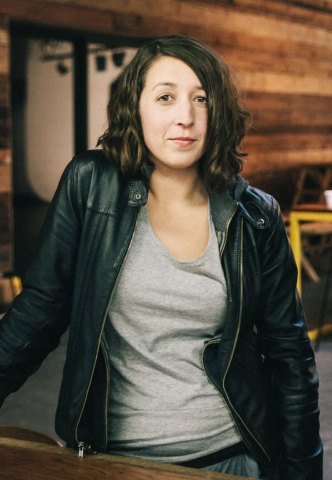 “You can overthink things and part of the fun of it is to do it very quickly… I won’t know until the other writers know which one is coming.”

Boccaccio’s The Decameron is described by State Theatre as a masterpiece of literature that has inspired famous works by the likes of Shakespeare, Molière and Keats. While you might expect that a work written during the bubonic plague pandemic known as the Black Death would inevitably be bleak, Steel says the author’s intention seemed to be to give his readers an escape “and a lightness”.

“There are a lot of stories about love and relationships in it [The Decameron]. I think he’s trying to cheer people up… some of them are actually quite racy; they’re quite fun.

“I think the idea for this [Decameron 2.0] is similar… the idea is to make the stories colourful and funny and varied; some of them might be sad but a lot of them, I think, won’t be.”

Writing is invariably a solitary endeavour, even during non-coronavirus times, with Steel spending much of her working life at home, “writing new plays, thinking about writing new plays or pitching new plays”.

Part of the attraction of Decameron 2.0, she says, is that it offers a rare opportunity for a group of writers to come together and work on the same project.

As well as supporting the emergence of new voices and new theatre-makers, she believes it will result in scripts and performances that reflect “a very specific point in our history”.

“We have very little idea what the future of our industry is going to look like, so to be funded and supported to make this new work – and get it out to audiences – is just brilliant.”

The first video from Decameron 2.0 will be available on the State Theatre Company SA and ActNow websites from July 10, with each video containing 10 individual stories on the same theme.

Emily Steel’s semi-autobiographical work Rabbits, about a British woman who comes to Australia as an immigrant, is also being presented as part of Theatre Republic’s PodPlay series, which launches on June 22.