Sir Terry Pratchett may be gone but he is not forgotten. His satire is rip-roaring and, to borrow one of the fantasy author’s own quotes, his “words are the litmus paper of the mind”. 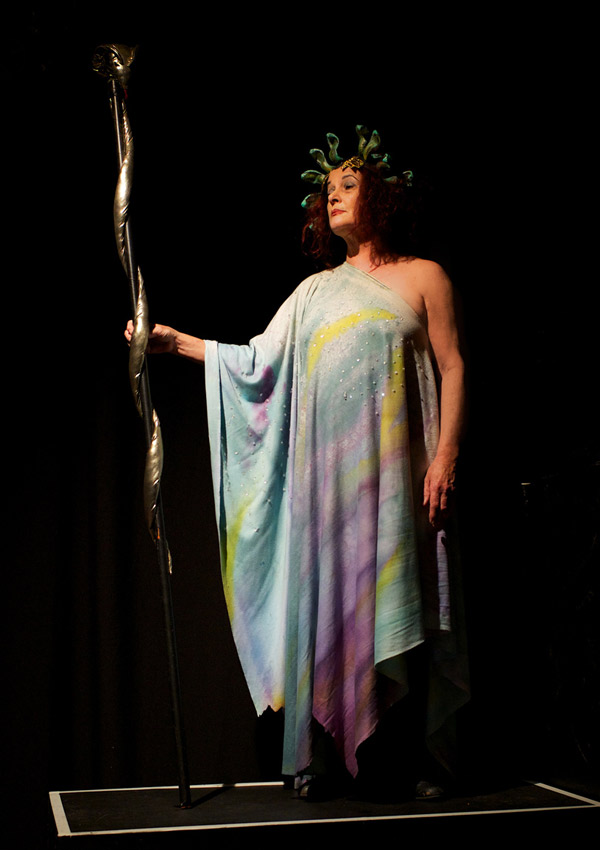 Director Pamela Munt and her ensemble have taken the author’s thirteenth book and transformed it into something remarkable and compulsively enjoyable, creating the multi-layered society of the Disc in an enchanting, colourful fantasy adventure with a satirical bite.

The Great God Om (Alycia Rabig) manifests herself as a tortoise to novice monk Brutha (Timothy Tedmanson). At first, Brutha thinks it’s some demon. But shortly after his encounter with the deity, he is selected for a secret mission by the devious Deacon Vorbis (Adeodatus McCormack).

For a while, Brutha’s dreams of innocence are safe, untroubled by knowledge that the Church does not represent its God’s wishes. However, amid treachery, torture, slaughter and rebellion, a great prophet is born and life in Omnia will never be the same.

Munt has a great understanding of Discworld and Pratchett’s swipe at religion and intolerance, and as a result she has created a solid production. This is probably close to what Sir Terry had in his mind when he wrote the book.

The director allows the saga to sweep along on a wave of politics, battles, plots, passion and flights of fantasy. Her admirable cast whizzes along, too, with a goodly amount of gusto, talent and fun. The result is a good, rip-snorting tale and a significant contribution to the legacy of Sir Terry Pratchett.

Unseen Theatre Company is presenting Small Gods at the Bakehouse Theatre until May 30.