Adelaide Chamber Singers were one of the first groups to re-emerge after last year’s March-September lockdown, and in the months since then they have been offering concerts that, in their gently uplifting way, have offered hope against these unnerving, threatening times. Verily they have felt like little gifts to the soul.

Here was another such gift, but with the difference that on this occasion the 18-voice ensemble was conducted by its second-in-command, Christie Anderson. For more years than one can remember, she been one of ACS’s core singers, but when founding director Carl Crossin lends her the reins she brings her own subtly different musical approach while adding distinctive creative touches as well.

Her conducting is different to Crossin, who truly looks as if he is darning silken threads in the air. With larger, flowing gestures of arm and hand, Anderson allows the music to breathe in a rather more direct, open-hearted manner, and she supplies a shapeliness to phrase that is immediately likeable. She has just as fine an ear for accuracy, too, so ACS’s other renowned attributes are happily all in place when she conducts, namely its graceful smoothness, exemplary intonation and disciplined restraint.

In the spreading acoustic of St Peter’s Cathedral, Chamber Singers sounded beautifully honed in Kerensa Briggs’ “Hear My Prayer (after Purcell)”. This UK composer really understands how to write for choir, and she introduces dissonances into Purcell’s original anthem that sweetly kiss the harmony. Stepping back towards the altar after that, the choir were not as entirely at home in Gombert’s “Media vita in morte sumus”, applying perhaps too much creamy smoothness to this modal 16th-century piece where a simpler austerity would have sufficed.

Thence to a 20th-century masterpiece, Knut Nystedt’s “O Crux”, and here the singers were in their element and simply wonderful. This tautly powerful work from the 1970s erupts into a radiance that is virtually unsurpassed in modern choral repertoire. In full throttle, ACS gave it an excellent performance. In its swelling crescendo, one was reminded of just how good the basses are these days in ACS; they are now a match for the group’s superb sopranos.

“Wayfaring Stranger”, the title of this concert, centred on arrangements that Anderson has made of two traditional songs, one of which is a haunting Appalachian ballad of that name made famous in the Sam Mendes-directed war film, 1917. Lance Corporal Will Schofield sings it solo as he tramps his lonely way through the battlefield, longing for home. Emmylou Harris and Johnny Cash fans will also know it well from covers these artists have recorded in the past.

This version was spare, pure and true to the song’s folk roots, with bass singer Jordan Rose taking the solo melody most persuasively. Harmonisations provided by the surrounding voices were discreet and finely layered. Equally memorable was a lovely partnering arrangement of the Scottish song “The Water is Wide”. In this the choir’s cherished star soprano, Emma Horwood, was at her very finest as she sang the opening verse while walking up the side of the nave to join her female colleagues.

Anderson is clearly a gifted arranger who knows how to bring out the best in her singers.

American composer Jake Runestad’s “Let my love be heard” became something of a hymn for healing in the wake of the Paris terrorist attacks in 2015, and its tenderly rising spirit lent a reflective mood to this concert. Deepening that introspection were works by Victoria and Briggs, and finally Purcell’s exquisite “Hear My Prayer”.

Something joyous would not have gone astray, but this concert nevertheless offered all the salve we seem to need at the present time. 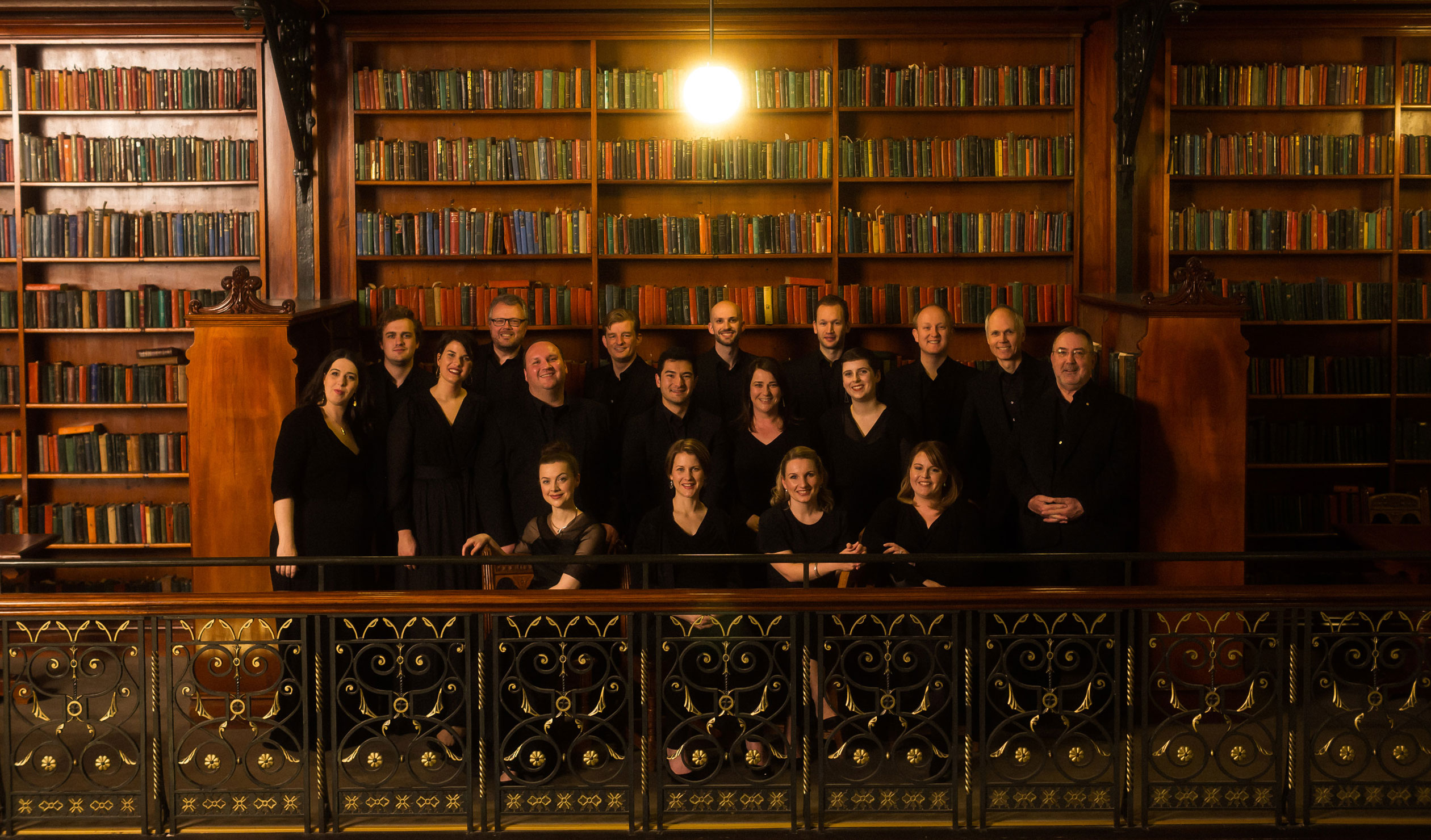 Members of the Adelaide Chamber Singers.

For Sale: Reds back on auction block