The one-night-only performance on July 15 was announced today, with Guitar Festival artistic director Slava Grigoryan saying it would be one of the highlights of the 2021 program, offering audiences an opportunity to experience “the grit and glory of Sticky Fingers performed live by some of Australia’s best rock musicians”. 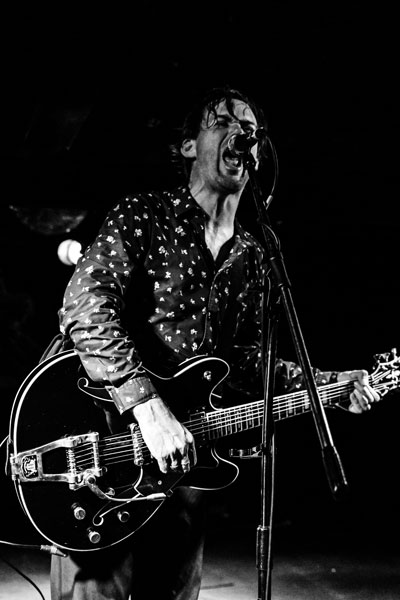 Magic Dirt’s Adalita, Grinspoon’s Phil Jamieson, The Cruel Sea’s Tex Perkins and You Am I’s Tim Rogers will perform the album in full, as well as other Stones’ hits. They be supported by a five-piece band led by Thirsty Merc guitarist Matt Smith.

Perkins says Sticky Fingers is his favourite Rolling Stones album and is the one album that informed and inspired his own music the most.

“I was 15 when I started listening to Sticky Fingers,” he says. “I mean, really listening, like you’re supposed to. Start with the iconic opener ‘Brown Sugar’ and go right through to its glorious conclusion, ‘Moonlight Mile’.

“For me, it’s close to a perfect album. Every track stands up by itself – every lick, beat and word is exactly where it needs to be. It has a feel of wild abandon followed by a darkness and beauty that is devastating.”

The 2021 Adelaide Guitar Festival is presented by the Adelaide Festival Centre and will take place from July 4-25, with the full program to be released in late April.

Dates have already been announced for the festival’s On the Road program, a series of free live performances and workshops on Kangaroo Island (May 1), the Clare Valley (May 21-23) and Port Augusta (May 28).

The Guitar Festival is also joining with the Adelaide Symphony Orchestra to present Nigel Westlake and Grigoryan Brothers in Concert in the Festival Theatre on April 24.

Biden to pull US troops out of Afghanistan

What we know today, Wednesday April 14