Originally from Melbourne, Adelaide Symphony Orchestra associate principal cellist Ewen Bramble has been with the orchestra since 2009 and knew he’d make a career in music after enjoying his experiences with the Australian Youth Orchestra programs.

The orchestra’s 2020 program is currently on hold due to the coronavirus restrictions, with an announcement this week that this will continue until at least August 21, although musicians will return to work on June 9 to rehearse and work on repertoire in sections and small ensembles.

Meanwhile, as part of series of Q&As with orchestra members, Bramble tells the unusual story of how he got his hands on his current cello, shares some of his favourite pieces of music, and recounts the story of how he and his partner tied the knot – during lockdown, in the River Torrens Linear Park.

Maybe a Meteorologist or Engineer.

How did you choose the cello?

My older sister played the cello – I must have liked something about it but I can’t remember exactly what it was.

Is there anything special about your cello?

It was made in 10 days by a team of six luthiers at the 2011 Adelaide International Cello Festival, with the public able to come and watch them work. Ordinarily a luthier would take between six and 12 months to make a cello. The first person to make a sound on it was [Lithuanian cellist and conductor]  David Geringas, which is pretty special.

Describe the best thing about being a musician.

Which solo or moment in the cello orchestral repertoire is your favourite?

There are so many great cello moments in the repertoire, I’m not sure I have a favourite, but Debussy’s La Mer deserves a mention for the 16-divided cellos moment about four or five minutes in.

Your most memorable performance with the ASO…

Watching the Melbourne Symphony Orchestra perform outdoors at the Sidney Myer Music Bowl on a hot summer night as a kid – a sensory overload! 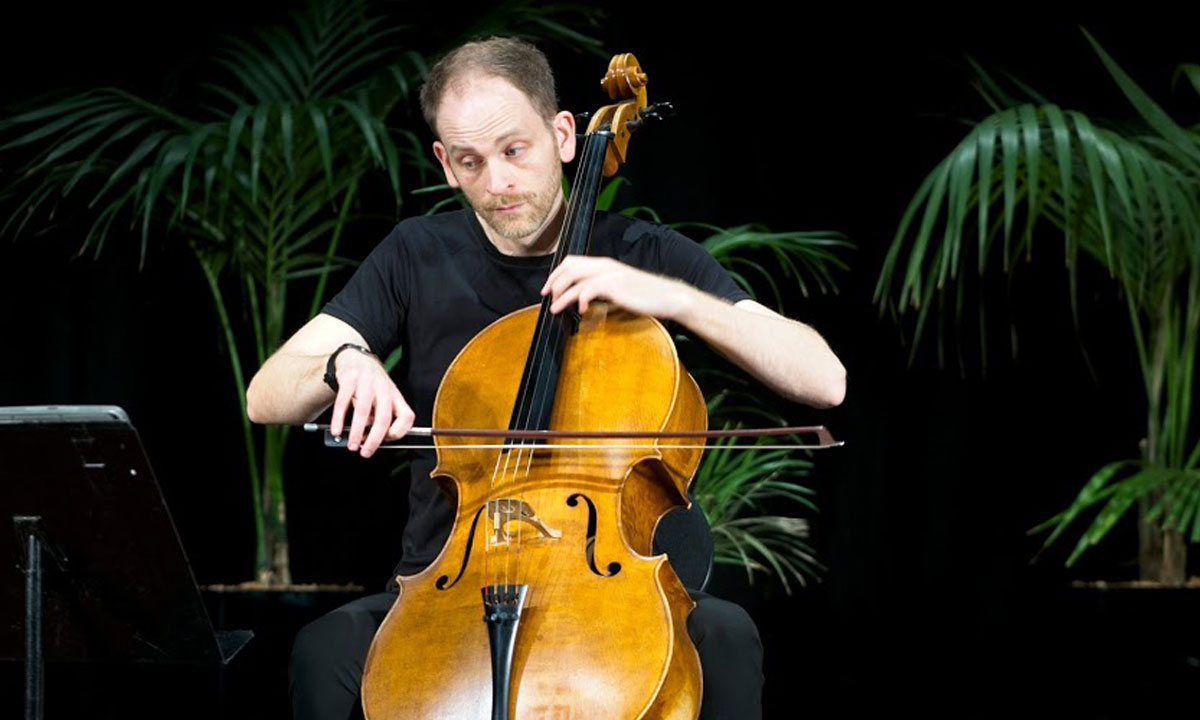 When you’re not playing, what do you enjoy doing in your free time?

I like playing games on my PlayStation and hanging out with my dog. I find cooking relaxing and satisfying, and enjoy the fresh air and endorphins that come from running, particularly somewhere surrounded by greenery or the sea.

Name three pieces of music you love, and why?

The Beethoven String Quartets, Strauss’s Four Last Songs and Brahms’ Piano Trios. I get completely lost and immersed in them, whether listening or performing.

What has been your most memorable musical experience as an audience member?

Do you come from a musical family?

Yes, my parents are musicians and they met playing in the ASO in the late 70s. My four siblings are also all musicians.

What’s your idea of a perfect day in Adelaide?

Waking up early, a strong coffee, a trip to the beach with my wife and dog for a jog and swim, then maybe catching some cricket or footy and a few beers at the Adelaide Oval with some friends.

If you could ask one composer one question what would it be?

There are plenty of times when preparing or rehearsing that I’d love to be able to ask the composer something, whether it’s what exactly they meant by a certain marking or if I am doing what they would have envisaged. I guess it’s all these little judgment calls that make each performance unique.

What piece of music never fails to move you?

Any of the Mahler Symphonies.

Tell us about your recent wedding…

My fiancée Morgan and I had been planning our wedding for a little over a year. We’d chosen April 25 as a rare Saturday on which the ASO didn’t have a performance scheduled, and were planning a ceremony in the Botanic Gardens and then a big party, but that all had to change once COVID-19 began to unfold.

We discussed putting it all off until the end of 2020 or even 2021 but decided to go ahead and get married anyway. The rings were all ready to go and we had a willing celebrant so we just thought to ourselves, “Why not?”.

Luckily we live not far from a beautiful spot on the River Torrens Linear Park, where we spend plenty of time, and it just seemed like the perfect place. We got a little dressed up and with our celebrant, two witnesses and Daisy the dog headed off to the park and were married under a beautiful tree.

The only “guests” were a few bike-riding families and walkers (including a guitarist who stopped and gave us some impromptu music). Not what we’d had planned, of course, but in the end it was perfect and just as memorable – we wouldn’t change it now.

Adelaide Symphony Orchestra live performances are currently on hold due to COVID-19 restrictions, but it is presenting a series of online recitals through its Virtual Concert Hall.