The latest Adelaide Music Collective event was an emotional one, marking the first SA Music Hall of Fame inductions since the death of radio legend David “Daisy” Day.

Day was the driving force behind the establishment of the Hall of Fame at the Goodwood Institute and was himself inducted last October, seven months before he passed away.

Both the AMC Sessions and the Hall of Fame showcase the state’s musical talent, with the first section of each program drawing on a seemingly endless supply of talented young musicians presenting their own original music.

Friday’s session was opened by Tara Carragher and Richard Coates, partners in life and music. Carragher’s entrancing voice and stylish guitar work was beautifully supported by Coates’ accordion and harmonies as they presented her well-crafted songs of love, life and loss.

Julia Henning and her excellent band followed with her original indie-pop songs. The interesting arrangements revealed a Celtic influence, with some Kate Bush-like style also evident. The musicians played together like the hard-working touring band they are – young, vibrant and highly professional in outlook.

The next act, Dave Blight and Mick Kidd, aren’t quite youngsters, but their particular take on harmonica/acoustic guitar blues is authentic and has a ton of feeling. Blight is famous for his work with Cold Chisel, and singer/guitarist/writer Kidd will soon be off to Memphis representing South Australia in a blues competition, having won the recent Adelaide final held by the Adelaide Roots and Blues Association. 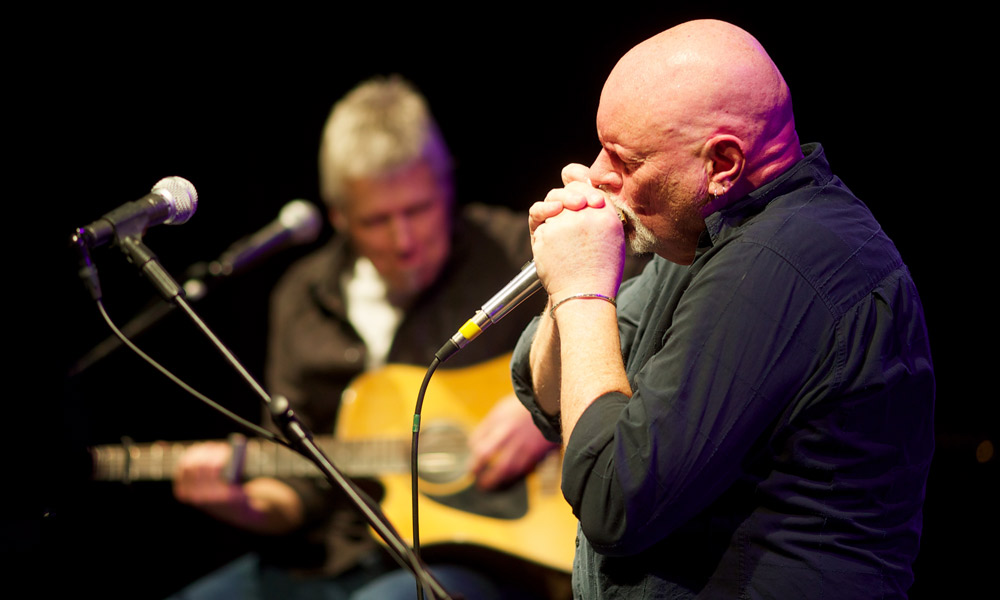 The second part of the program, the SA Music Hall of Fame inductions, was led by new “inductor” John “Pembo” Pemberton, who had been asked by Day to take over the role.

Pemberton acknowledged the magnificent contribution of his former radio buddy and then slipped into new his role with ease, as a marvellous array of South Australian greats received their gongs. John Reynolds was first, acknowledged for his contribution as a legendary drummer and, later, a highly successful music retailer.

The perhaps under-rated country music hero Trev Warner, originally a Loxton lad, nonchalantly reeled off a list of country greats with whom he had worked as a banjo and fiddle player over many decades. Fabled children’s entertainer Patsy Biscoe revealed there was a lot more to her musical career, spanning trad jazz, country and folk music, as she received her award from surprise guest Humphrey B Bear. 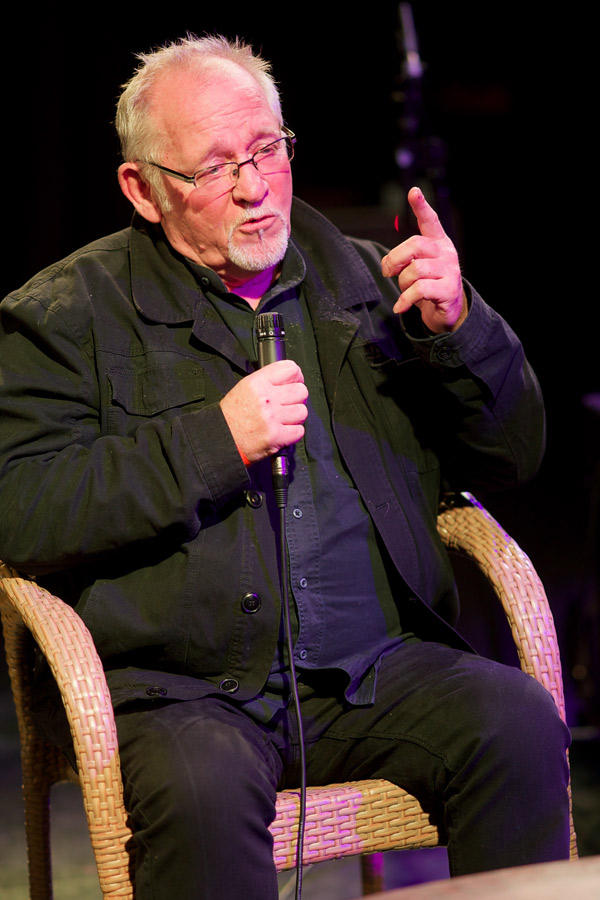 The final inductee, the legendary Eric Bogle, was received by the audience with as much reverence and respect as Archie Roach was in AMC Sessions Seven. His warmly amusing tales held the audience enthralled. His revelation that he loves Elvis led to an impromptu impersonation, but his views on political inequality and his dedication to all matters Australian – particularly our diggers past and present – are clearly his true passions.

Part three of proceedings was dedicated to performances by the new Hall of Fame inductees. Warner led the way with his classic country style and he dazzled on banjo and fiddle, accompanying his own vocals, with assistance from acoustic guitar and double bass. Feet were tapping and hands were clapping through classics such as “Jambalaya” and “Bonaparte’s Retreat”.

Then it was the turn of the legend, Eric Bogle, accompanied by his long-time buddy Peter Titchener on guitar and “dad” jokes; “Nice to be working so soon after Christmas!” he quipped. The songs were spellbinding: some were drawn from 30 years ago (“The Dreamer”) and others from more recent times (“Toss of the Coin”, from his latest album). “Lost Soul” is classic Bogle, acknowledging the often overlooked service of indigenous soldiers, who fought and died for “King and Country”.

“God knows why?” he rightly asked.

The audience was too polite to request it, but after prompting from MC Gary Burrows, Bogle returned to the stage to perform his anti-war classic, “The Band Played Waltzing Matilda”. There was barely a dry eye in the house as the audience silently took in every word, before delivering a standing ovation to finish a fabulous evening of great South Australian music.

AMC Sessions 9 was held at the Goodwood Institute on Friday. The next sessions and Hall of Fame Induction, to be held on August 21, will feature Mick Pealing and Mal Eastick (The Stars), The Others with Ian Nancarrow, Lazy Eye, and Tom West.