It’s hard not to be in awe of the accolades Pete Murray’s Feeler album has received. After being released 10 years ago, it soared to the top of the ARIA charts, went on to sell more than six times platinum and resulted in a phenomenal 12 ARIA award nominations.

These achievements are all the more impressive given Murray’s relatively late start in the industry. After a rugby injury forced him out of the game, he turned to his guitar, taught himself to play, and sold his CD out of the back of his Kombi van after shows. His success was a result of hard work and widespread appreciation of an album that married Murray’s earthy voice with a variety of instrumental backings and featured lyrics that lingered in the minds of the masses.

Now, to commemorate a decade since the release of what he describes as his “definitive” album, Murray has put out this 10-year anniversary edition. 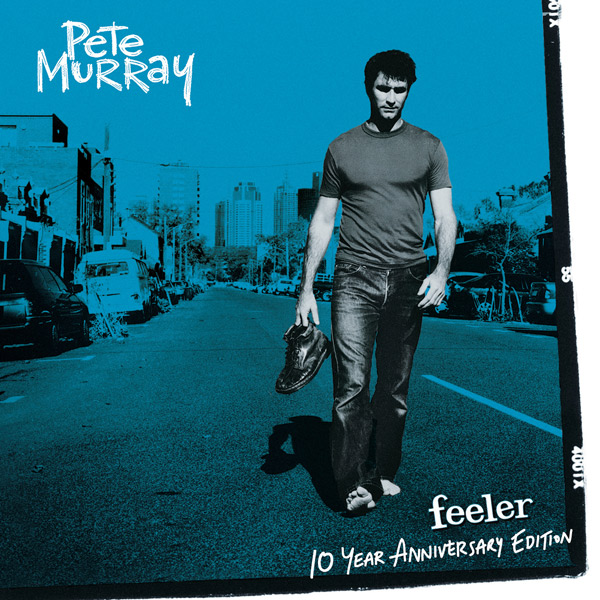 Listening to the familiar songs – such as “Feeler”, “Please” and “My Time” – I was taken back to a decade ago when I was fresh out of school, experiencing university life for the first time. I’m not ashamed to admit I would be belting out “Fall Your Way” with my window down as I drove along the west coast after a day of mentally gruelling tutorials.

Murray’s words and music prompt both thought and release from the listener. Whether you sing along with him or play his music in the background of a get-together, his poetry shines through.

This two-disc anniversary re-release, remastered at the iconic Abbey Road studios, is certainly special and a wonderful way to re-experience this classic Australian album.  The second disc features the Bulgarian Symphony Orchestra performing the original tracks in new orchestral arrangements (by Adelaidean Rod Ennis), plus a cover by Murray of the INXS song “Don’t Change”.

Murray will be touring for the 10-year anniversary of the album and has recently added new dates to his tour calendar. Clearly people all over the country are still in love with his rustic voice and powerful performances.

Pete Murray will play at the Bird in Hand Winery at Woodside on February 15. Feeler, the 10-Year Anniversary Edition, is released by Sony.