The recent release of the Henschke family’s heirloom wines from the Eden Valley hides within it an extraordinary twist of fate.

You might think at first that this is just your usual annual line-up, led by the venerable Hill of Grace, but in fact, there’s an incredible alignment of the vine ages among three peerless Shiraz wines, and a rare moment in time that delivers them simultaneously, stemming from exactly the same vintage.

They represent a fascinating case study of varietal vine age for Stephen Henschke – three vineyards each planted five decades apart, starting with Hill of Grace in the 1860s, Mt Edelstone in 1912, and The Wheelwright, from the Eden Valley village vineyard planted in 1968 on the occasion of the Henschke winery’s centenary.

Each is grown in the same manner, which he lovingly calls the “Pruedynamic” method of growing vines – a homage to his wife and chief viticulturist in the family. And each is made in much the same way in old traditional fermenters, maturing afterwards with a similar oak regime of around 25 per cent new mostly barrique hogsheads and puncheon barrels at the Henschke winery at Keyneton in the Eden Valley.

“It’s so exciting for us to be able to show three sites now to complete the 50-year cycles,” Henschke says. “You couldn’t organise it if you tried, but it was all done by previous generations.”

The fact that these three wines are all from the same vintage (in this case, 2017) is something that doesn’t always happen. And it offers an even clearer picture of the signature characters of each site as well as their impressive vine ages. And the opportunity to enjoy them at release when already five years into their long lives is a rarity anywhere in the world, each incredibly fresh and alive and promising decades of cellaring potential.

The histories of each of these wines are well documented at www.henschke.com.au – the Hill of Grace and the Mt Edelstone Shiraz are both pioneers of South Australian single-vineyard expressionism that now is established as a major tenet of our winemaking culture. The Wheelwright comes from the source vineyard where Stephen’s father Cyril derived his early Claret-style reds, and now is in just its third vintage release, a relative newcomer to the Henschke Shiraz stable even with its vine age putting it firmly within the Barossa region’s sanctioned Old Vine Charter.

A fourth wine, the Hill of Roses Shiraz, connects the past with an extraordinary view to the future, the result of Prue Henschke’s selection of the best-performing vines in the ancient Hill of Grace Vineyard in order to continue its revered lineage for centuries to come.

The story of this reverent project is rarely told.

Beginning in 1986, Prue embarked on a project to identify the healthiest of the original plantings, walking down every row and judging every “grandfather” vine, all 998 of them – perhaps a few more. They make up just under one-quarter of the four-hectare Hill of Grace vineyard, and are the first every year to go into that vineyard’s most famous wine.

Over two years she supervised selecting and marking the most even vines at different stages of their growth cycle – budburst, flowering, veraison (onset of ripening) – and for fruitfulness, tying coloured ribbons for each trigger, as well as another green tie for virus resilience. At the same time, Stephen’s Uncle Louis, who was managing the vineyard at the time, chose his favourites.

All this was going on as Prue was devising a range of innovative viticultural practices across all the Henschke vineyards aimed at retaining top soils, improving soil health, increasing biodiversity above and below ground, under-vine mulching to lower ground temperature and increase water retention, and trellising methods to improve sunlight interception.

The initial work took place from 1989 into the early 1990s, just when the Henschkes began to see a distinct drop in rainfall. They also were becoming worried about Shiraz grape shrivel in their vineyards.

With all the new work, something quite dramatic happened.

“We saw a change in the fruit character straight away,” Prue recalls. Soon after, Stephen and Prue were named 1994 Red Winemakers of the Year at the International Wine Challenge in London.

The Hill of Roses vines are now 33 years old, the newly-released 2017 created out of 28-year-old vines. In fact, the vineyard has been providing a Henschke wine since 2001. In that time, Prue has become aware of separate studies that younger vines planted off older “parents” lose the epigenetics, and essentially start their adaptation and expression of the site from scratch.

It’s early days to see how that will pan out at the Hill of Roses vineyard, Prue suggests, though she is hopeful there is some carryover of core genetic characters. What is known is that even in the space of a few hundred metres, the soil profile between parent and offspring vineyards are very different, and that will certainly impact their resulting wines.

“But already we do see similar aroma and flavour characters,” she says.

Back in the winery, Stephen can reflect on the 30-year project so far, as it offers a unique opportunity to track the progress of young-vine Shiraz to old vine.

At first, even with its Hill of Grace pedigree, it still looked like simple, young Shiraz, he recalls.

“But now we are considering the question of when will this [Hill of Roses] be good enough to go into the Hill of Grace wine – what age do they get to and when, as the clock ticks towards midnight, does that happen?

“One day you can imagine they will become Hill of Grace because they will be old enough. Is it 30, 50 or 70 years?” he asks.

“We have seen the trend of increasing complexity, and when we are doing our blind tastings of all the Hill of Grace blocks and all the separate barrels, now including from the Hill of Roses vineyard, it’s getting closer and closer.” 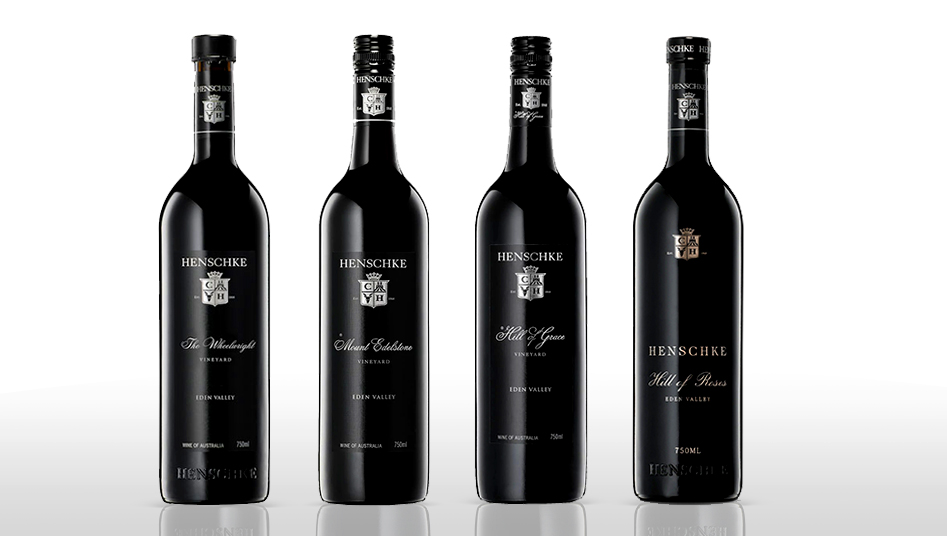 From a vineyard just outside the village of Eden Valley, planted to mark the centenary of the Henschke winery in 1968, prepare yourself for an explosion of exciting fragrances when you pour this wine. The florals are like crushing a handful of flowering herbs and go way beyond what you would imagine mixed red berries and fruits could ever do on their own. And then on the palate they are all there again, spiced with anise and fennels, vibrant for the palate’s entirety, reverberating with bright acidity and a sweet core of those crimson fruits that seem to absorb the textural elements, soaking its tannins inward. Smooth, elegant, delicious.

Sixty-five consecutive vintages from a single vineyard tells us something about the magic of this site. This is a quintessential Eden Valley Shiraz with aromas that suggest a whole herb garden has been crushed within – bay, sage, oregano, marjoram – and then some. Then add pepper, a classic cool climate Shiraz characteristic: here with black peppercorns but also the florals of Szechuan spice as well. The fruit spectrum sits in the cherry and plum region, while the palate structure is clear and assertive without being blocky and hard. Length is very impressive. All up a wine with great life force.

Its history precedes such a wine, though every vintage shows itself clearly given the vineyard is just four hectares and can only give what nature provides. The 2017 season was long, mild and even, providing the time for deeply ingrained aromatics to arise, dark spices and more earthy and bushy senses than the more elevated Mt Edelstone notes. The rest is all about layers and layers – don’t try to pick this wine apart because it’s all about an elite wholeness as flavours and superfine integrated tannins entwine immaculately. My notes finish with: long, long, long, long… as if there’s a retention of vineyard memory that cannot be erased.

Created from 28-year-old vines (in 2017) that came from cuttings and layering of the best of the original Hill of Grace plantings, transferred next door to continue the genetic glories of that most famous of vineyards. The intrigue for Stephen and Prue Henschke is the ongoing maturity of this next generation fruit, and the contrast of younger vine versus older in the finished wine. It’s immediately more floral than the Hill of Grace – auto-suggestive perhaps but there are dark rose petals as well as herbal notes. The palate carries crimson to black berry fruit flavours while the tannins are still a little structurally separate, unlike the deepest integration of its forebear. Time is on its side as its similarities start to appear. (For the record, the name refers to the Rosenzweig family that once ran the Parrot Hill Post Office opposite the vineyard, and has nothing to do with rose bushes.)