Following the success of her Almost Australian series for the ABC, she’s back on the road, leaving her home in the New South Wales Southern Highlands and crossing Bass Strait by boat with an Apollo campervan for her first stop in Tasmania.

It’s no easy task for Margolyes, who gets around in a motorised wheelchair. As she says herself, she’s elderly, crippled and the world has changed since the pandemic.

“I’m certainly not past my use-by date, and I hope the Fair Go isn’t either,” she says.

If the first episode of Miriam Margolyes: Australia Unmasked is anything to go by, we’re all in for a hell of a ride with her so-called “no bullshit” candour.

In her unique way, and with “extraordinary curiosity”, irreverence and wicked sense of humour, Margolyes introduces us to an eclectic mix of Tasmanians, and asks them whether they think they’re getting a fair go in the first episode, which aired this week.

Returning to Melbourne, complete with a selection of Charles Dickens and Robert Hughes reading material, she gets behind the wheel and drives across Victoria, attending polo matches and bogan burnouts, to explore what class looks like in Australia and how much it shapes our expectations and opportunities.

In the last of the three episodes (on August 2), she motors over to South Australia, tackles ageism, experiences an eye-opening stay at a nudist camp, and discovers vulnerable individuals and communities whose lives still hang in the balance. 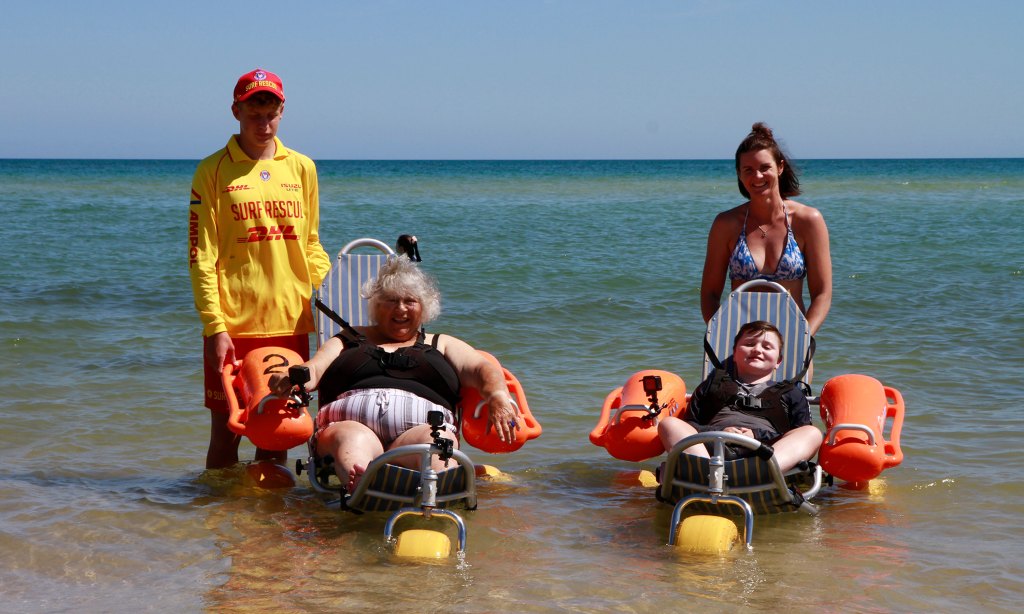 Miriam Margolyes at Henley Beach in the third episode of her new series. Photo: ABC

Margolyes makes the people she meets open up, and quickly. She’s been dubbed “the David Attenborough of humans” for her innate ability to connect with people from all walks of life.

“It’s a gift I have always had and which I am very grateful for and I cherish,” she tells The New Daily from her base in the UK.

“When people see me, they’re not afraid of me. Nor should they be. Here they see a short, fat woman, old, crippled, I am disabled. What is there to be afraid of?

“I’ve got a kind face, and I’m smiley and I am really interested in what they have to say.”

In Tasmania, she meets convict descendants and woodchoppers, a couple who share their heartbreaking yet inspiring story of being functionally illiterate, and Aboriginal activist Michael Mansell at Cape Grim, where First Nations people welcome her and share their story of the 1828 massacre, where shepherds shot 30 Aboriginal hunters.

“I remember the shock of knowing what it means not to be able to read,” she says.

“My whole life has been as a result of a good education and studying literature at university, which has informed and enriched my whole life.

“So hearing it from this adorable couple, who showed how vulnerable they were… I wanted to cuddle them. I loved their teacher, who was giving up her retirement to open a door and have a richer, better life.”

In another highly emotional segment, and keeping in mind Tasmania was the last state in Australia to decriminalise homosexuality in 1997, after Margolyes lunches with a gay couple and their family, she’s invited to join her first Gay Pride rally in Hobart.

“I hope the program makes us all aware of what is still to be done,” she says.

When Margolyes meets outspoken Senator Jacqui Lambie while she’s out campaigning, handing out leaflets and meeting the locals in Penguin, there’s an instant connection.

When asked what her story is, Senator Lambie speaks about leaving school early, growing up in housing commission, joining the army, and when she eventually was first elected to the Parliament, having to wear op-shop clothes.

“She really is a good egg. I loved her.”

Miriam is invited back to Senator Lambie’s for an early dinner. When she asks for “more lamb”, the Senator says it’s not lamb, it’s “roadkill, wallaby”.

“It took me back… I had no idea. It was very tasty,” Margolyes laughs.

Not past her use-by date by a long shot

The British-Australian actor, who became a citizen in 2013, spends her time between the UK and Australia and remains a very much sought-after social commentator and intellect. Her early career was anchored in theatre productions by the Cambridge Footlights before being cast in The Blackadder and the BBC adaptation of The Life and Loves of a She-Devil.

She went on to star in Harry Potter and the Chamber of Secrets, The Age of Innocence, Romeo + Juliet and Babe. She’s also a regular on The Graham Norton Show as one of the show’s favourites, and her friendship group includes the Manning Clark family, Germaine Greer and, until his death in 2019, Clive James.

Her life partner of 55 years is Heather Sutherland, a historian and former professor at the Vrije Universiteit Amsterdam in the Netherlands, who became an Australian citizen a decade ago.

What’s next for Margolyes?

“I’d like to spend time in a First Nations village. I want to get to know that side of Australian life,” Margolyes says. “It’s not so much the places, it’s the people. I want to understand what it’s like to be Aboriginal in modern Australia.

“Having lived more in Australia now, I feel I am getting to know it. I feel protective about Australia. I have always love the sky here.

“But this time, I loved the Earth.”

Miriam Margolyes: Australia Unmasked airs at 8.30pm on Tuesdays on ABC TV. The first episode is available to watch on ABC iview.