The issue about making a film based on the life of the murderer who killed 35 people at Port Arthur in 1996 is: Why would you? Or to put it another way: Because it is bad taste to go there, and an emotional assault on everyone involved – which includes the whole of Tasmania – should that stop you?

Former Adelaide director Justin Kurzel, was painfully aware of the sensitivities and probed his conscience when collaborator Shaun Grant, living in Los Angeles and appalled by routine gun violence, sent him the script.

Kurzel lives in Tasmania where his wife, Essie Davis, is from and knows how deep the wounds run. He went ahead anyway, casting Davis in a lead role, aware of what he was walking into while also trying to minimise the fallout, including by not naming Martin Bryant.

The movie opens chillingly with old news footage of a pretty-faced blond boy in pyjamas in hospital who is being treated for burns after playing with fireworks. Asked by a reporter if, after a week in hospital, Bryant had learned his lesson and would leave fireworks alone, he says, no, why would he, with a touch of juvenile belligerence.

So the story begins, with a child who has borderline intellectual disability, is already a fan of explosives and zero capacity for learning. Bryant (Texan actor Caleb Landry Jones) grows into a troubled youth with no friends or social life. He has left school, where he was a bullied and taunted with the name Nitram (Martin backwards) with its childish overtones of head lice infestations. He lives with his parents and tries to make friends by letting off fireworks outside school and can’t cope when people get cross.

He doesn’t understand any of it. At home, the toll of raising a misfit son is evident. His mother (Judy Davis) tries to keep up a no-nonsense front, even though she knew early on that her son was a sadist who laughed with pleasure at her pain. But what can you do but plough on? “You’re my son and I love you, but no,” she says after another of his exploits.

His father (Anthony LaPaglia) tries to cajole him – c’mon mate, listen to your mother – and hopes he will see reason. Together the parents bear the burden of raising a bad seed who they cannot understand or control. They gave him the best part of their lives and both are worn out, made ghosts by the effort. 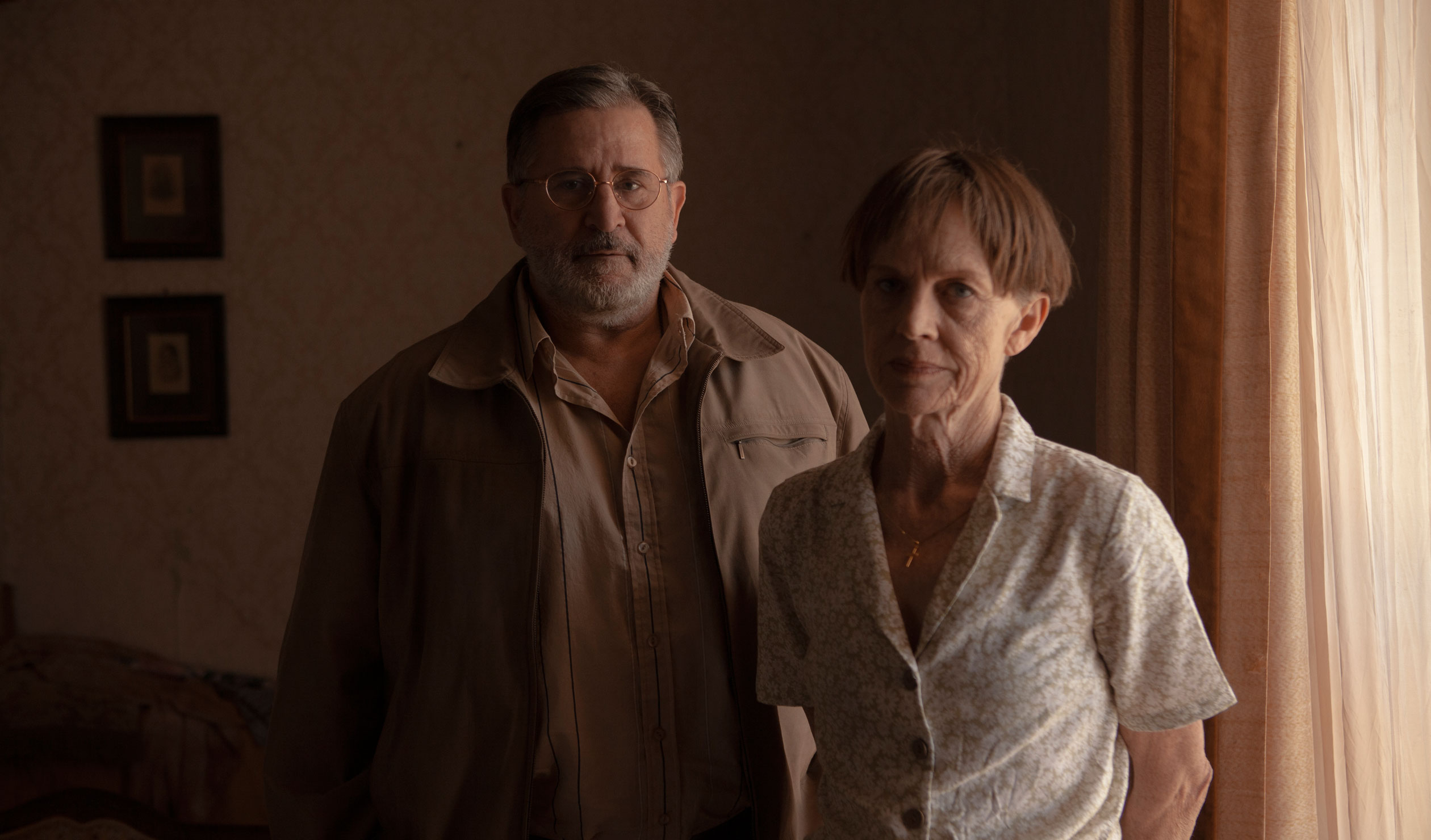 But life takes a strange turn that almost justifies a movie on its own. Bryant tries to start a lawn-mowing round and meets Helen, an odd, older, wealthy woman with a touch of Miss Havisham about her. The two outcasts get along and after another blow up with his parents, he moves in with her.

She buys him an old car and a surfboard and he tries befriending a few surfers but is rebuffed. Who wants to know the dumb guy who can’t even surf? As the legacy of social exclusion grows, so does the anger, and the interest in guns. In another twist, he inherits a house and some money and slowly, with no outward sign that anything momentous is going on inside his dullard head, he builds an arsenal.

Kurzel decided at the outset to not show the massacre, because the film is not about that. He shows the lead-up to it, the ease with which someone can obtain lethal weapons which can have no possible reasonable justification, and the methodical way a killer with no empathy prepares to commit mass murder. In the background, the TV news is covering the Dunblane massacre in Scotland, where a gunman killed 16 pupils and a teacher and injured 15 others. This was just a few weeks before Port Arthur.

On the day – and at the culmination of a powerhouse and perfectly pitched portrait of an idiot by Landry Jones, who finessed his Aussie accent by listening to re-runs of Home and Away – Bryant sits in the Port Arthur café, having killed a couple of people on the way there, eating a cup of fruit salad.

Kurzel justifies the movie by saying he felt the importance of gun reform, particularly the way a killer could walk into a shop and amass deadly weapons, overcame the sensitivities. The message is made clear in the closing credits, including how much of the good done after Port Arthur has since unravelled.

But there is more at play here. Kurzel’s breakthrough movie, Snowtown, made a decade ago with Shaun Grant, was similarly fearless in confronting the daily context and minor shifts that nudge people into horrendous crime. It got the attention of Oscar winner Michael Fassbender, who knew nothing about South Australia’s bodies-in-the-barrels murders, and opened the doors to Kurzel’s career.

Nitram is from the same creative wellspring, which sees Kurzel find art in the making of a murderer. And art it is; brilliantly acted and filmed – Landry Jones won best actor at Cannes and Judy Davis and Anthony LaPaglia are both splendid – and with a universal story that shines a light on mental derangement, social ostracism and the potential cost of unrestrained madness.