It was the beginning of “these unprecedented times”. The summer of 2019-20 felt like a collective loss of innocence: we had experienced horrific fires before, but even those who survived Black Saturday and Ash Wednesday were yet to hear the term “fire tornado”.

FIRES – a new ABC drama by seasoned Australian directors and show-runners Tony Ayres (Clickbait, The Slap) and Belinda Chayko (Safe Harbour, Second City) – brings that summer to life. In a six-part anthology, the show delves into the lives of those who lost everything, risked their lives or sought to gain from the disaster.

Ayres says he watched the “extraordinary global-scale catastrophe” like many of us: caught up in the 24-hour news cycle, which he describes as “an immersive assault of information”. While he and Chayko felt “helpless and powerless” at the peak of the fires, soon they felt compelled to do what they know best: to tell the story.

“Our first action was to commission a whole bunch of research and the research showed us time and time again how ordinary people were forced to step up and do really extraordinary things just to survive,” Ayres says.

“That felt like one of the key themes of the show: it’s about ordinary people with everyday dilemmas – relationship problems or unrequited love or dealing with career issues – all of those ordinary things that people are facing suddenly interrupted by this global-scale catastrophe.

“How do they survive that? Survival is an act of heroism, and that’s what the show is about.”

One of the stars of FIRES, Hunter Page-Lochard (Cleverman, Bran Nue Dae, Wentworth), speaks vividly of the impact of the smoke – which the Black Summer Bushfire Royal Commission found killed close to 450 people and affected 80 per cent of the population – had on his family in Sydney.

“I had a newborn baby at the time, [and] our apartment was in the city which was quite thick [with smoke],” he says

Although Page-Lochard’s family wasn’t at the forefront of the fires, he says that blanket of smoke over the city made them feel connected to disaster: “That tension and that feeling of everyone’s pain as a nation was in the smoke, metaphorically.”

His character, Mott, alongside Tash, played by Eliza Scanlen (Sharp Objects, Little Women, Babyteeth), carry the through-line to the anthology, and also represent the enormous sacrifice volunteer firefighters continue to make for this continent. For Page-Lochard, it’s the focus on – and celebration of – the everyday people that makes this show special.

“There’s no government official character, [in an] Aaron Sorkin-style West Wing scene walking down a hallway trying to figure out what to do with the fire,” he says sardonically. “We’re showing the lens of the people and the families and the normal day-to-day lives of volunteers, [as well as] your average Joe Australian dealing with this.

“I think it [FIRES] is important because we’re showcasing the hope and the togetherness that this nation does have, and that human beings are very good at, and sometimes forget we’re really good at. … I think people will treat it as a cathartic release, and [that is] something art is supposed to do, something that art has always done.” 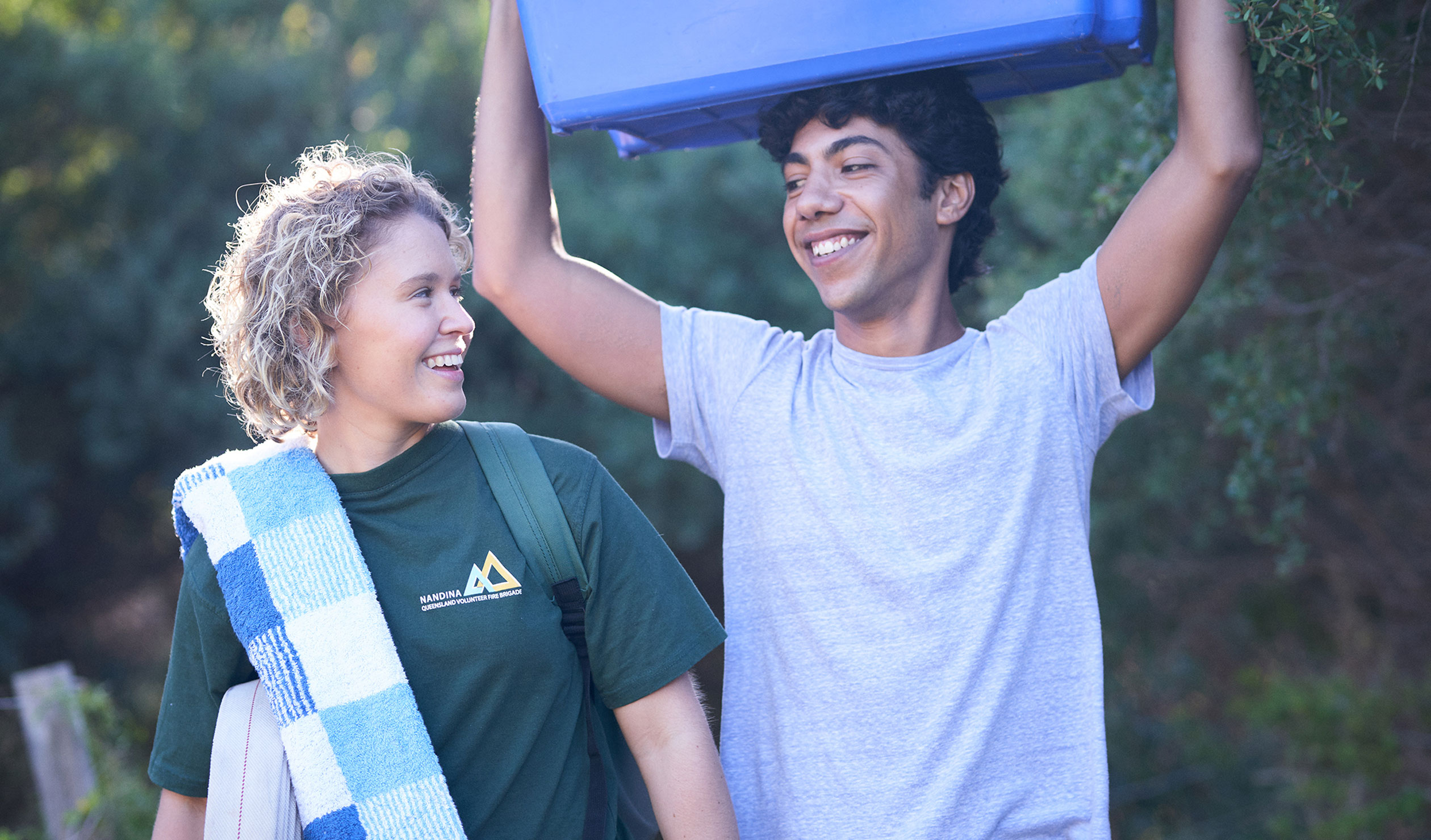 “A lot of people jumped on board because they felt that it was important to talk about [Black Summer] in the current moment, especially given that we went straight from those bushfires into COVID,” Ayres says. “It was almost as though we had forgotten that trauma really quickly, and the underlying meaning of that trauma as well.”

On the day Ayres speaks to InReview, it was reported that 150 Sydney firefighters had been asked to attend 000 calls where they were able to arrive faster than paramedics, who were overwhelmed by the pandemic and its repercussions on the health system.

“When we did the research,” Ayres says, “there were all these volunteers who travelled down the country to fight fires at great personal cost to themselves. It was just so selfless … I think it’s so moving.

“These are the kinds of moments when you feel really proud to be Australian. Where people step up, do things for other people. That’s what life is about, isn’t it?”

FIRES premieres this Sunday, September 26, at 8.40pm on ABC TV and is available to stream weekly on iView.

CONTENT WARNING: FIRES features images and dramatic reconstructions of the 2019-20 Black Summer bushfires which may distress some viewers.