“The pandemic has definitely affected everyone and everything,” says festival spokesperson Paulette Arvizu. “Last year we already had a selection of films and were almost ready to roll but lockdown started so a lot of those films were renegotiated this year.”

Despite the COVID-19 delay, most are still Australian premieres, supplemented by films that were completed last year but are only now coming through.

“There were a lot of films that were in post-production so the good thing about this year’s line-up is it has the best films from 2019 and 2020 and early 2021,” Arvizu says.

The program of 20 films from Spain and nine from Latin America – fewer than usual because the region’s movie production has been hard hit by COVID-19 – includes standouts such as While at War, which won eight Goyas at Spain’s national film awards.

Spanish-style romantic comedies are well-represented, with The Wedding Unplanner, starring Belen Cuesta (who was memorable four years ago in Kiki, Love to Love) and If I Were Rich, a rags-to-riches story about a lottery winner.

The opening night movie, Rosa’s Wedding, is also an upbeat comedy about a woman taking charge of her life, while Wishlist, starring Victoria Abril (Tie Me Up! Tie Me Down!), follows three women chasing the adventure of a lifetime on a road trip.

Among the best of the dramas, there is a continued reckoning with the past in While At War, which sees the return of acclaimed director Alejandro Amenabar (The Sea Inside). Spanish essayist and philosopher Miguel de Unamuno is shown supporting the 1936 coup that removed a Socialist mayor in Salamanca, one of the oldest parts of Castilian Spain. Protected in part by his privileged position and faith in the contest of ideas, Unamuno fails to recognise the signs of Franco tightening his fascist grip.

“The film industry is always trying to reconcile these moments in history that marked the country,” Arvizu says. “We are talking Spain, we are talking Chile, so every year we have a couple of films that reflect on those difficult times.

“We are not talking about something that happened years and years ago; these things need to be talked about.”

In the case of Unamuno, his convictions slowly crumble under the weight of evidence as friend after friend disappears or is thrown in jail. In contrast, the Chilean movie Spider, the country’s entry in the 2020 Academy Awards, is a defiant story from the other side, about three right-wing terrorists who were members of an ultra-nationalist group supported by the CIA and dedicated to the overthrow of Allende’s socialist government. The timeframe moves between the 1970s and the present when two of them, now husband and wife sharing a respectable bourgeois life, are confronted by their former best friend.

“These things are still very much part of the recent histories of these countries and I think that’s why they are being explored a lot in film,” Arvizu says. “It’s a constant theme in the festival, talking about the history of countries and how we are where we are at the moment. And it’s important to see both sides of the story.”

Also looking back with style is The Europeans, set in 1950s Ibiza. The timing pre-dated its reputation as a hedonistic party island but its weather, lifestyle and pristine beauty had already been discovered by international bohemians, artists and hippies. Based on the novel by Rafael Azcona, the film follows two single men who go to Ibiza chasing romantic adventure and the sexual myth of the European tourist.

Australian comedian and filmmaker Simon Palomares, best known from his Wogs Out of Work show, will premiere his documentary on Cuban comedy, Latigo, which covers everything from what makes Cubans laugh to how comedy is used for political commentary and personal challenges.

“It is really interesting to see how Cuba, with all its social issues and restrictions, has a really vibrant stand-up comedy scene,” Arvizu says. “It’s beautiful to see these characters always looking on the bright side of things and mocking themselves and their situation and trying to make the most of what they have.”

On another humorous note, I Can Quit Whenever I Want is a light-touch Breaking Bad, about three freshly unemployed university professors who move into the recreational drug trade. They are partially successful but have next to no knowledge of the club scene or how to market the drugs once they make them. 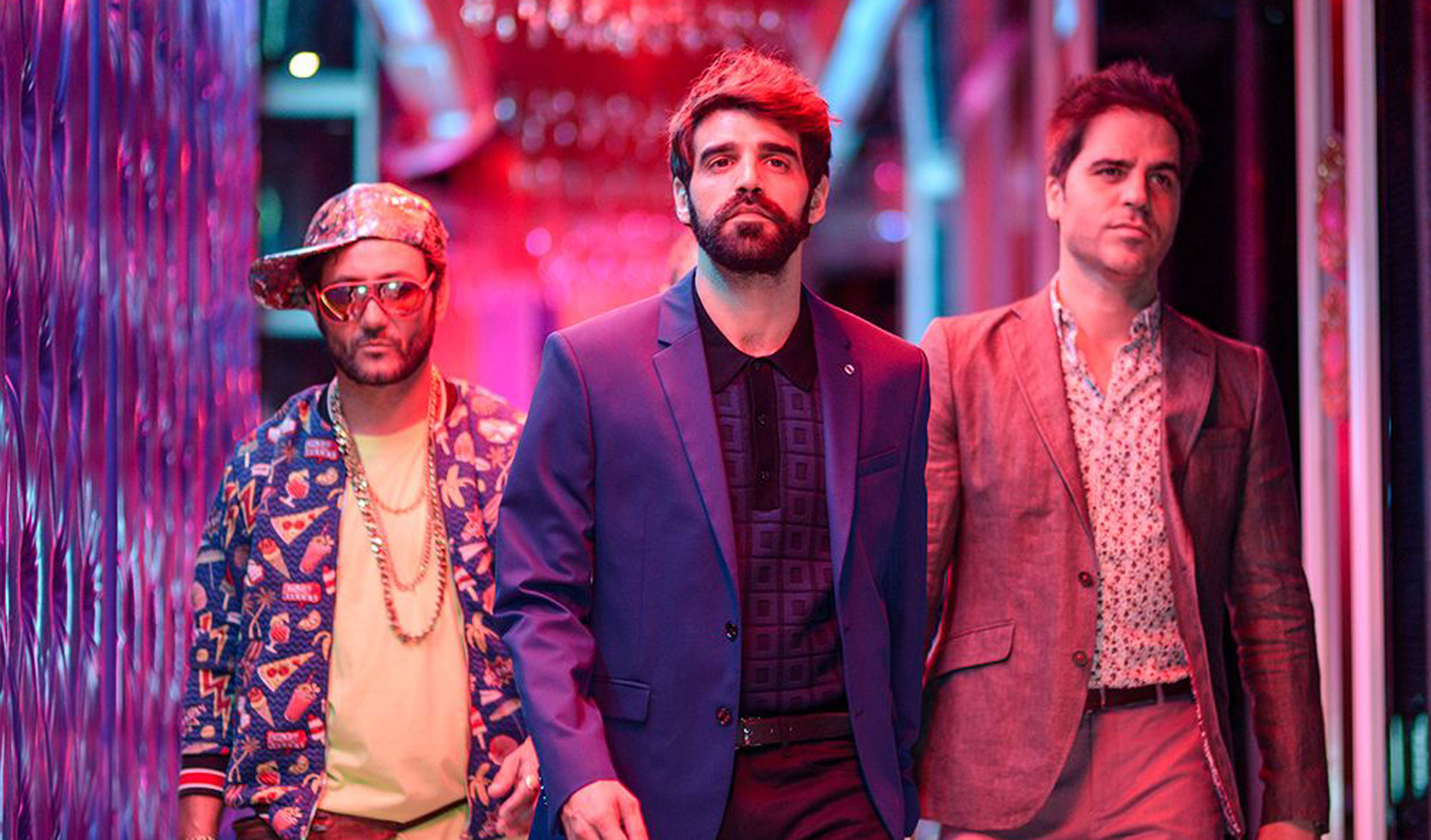 The darkly comedic I Can Quit Whenever I Want.

The Spanish Film Festival runs from April 27 to May 16 at Palace Nova Eastend Cinemas.