If Mick Jagger can have seven children with four women, not stick around to be a father to any of them, travel the world and be worshipped as a hero, why is it abhorrent for a woman to do the same?

This is the question posed by washed-up rocker Ricki Rendazzo (Meryl Streep), in Jonathan Demme’s Ricki and the Flash. It’s a valid one and writer Diablo Cody is the ideal person to ask it.

We meet Ricki playing a gig with her band, the Flash, in a dive bar outside LA. It’s unclear what/if any level of fame Ricki once achieved, but it’s clear that it’s long gone. When Ricki’s ex-husband (Kevin Kline) calls her to let her know that her daughter, Julie (Streep’s real-life daughter, Mamie Gummer) is going through a tough divorce, Ricki travels across the country to be with her. 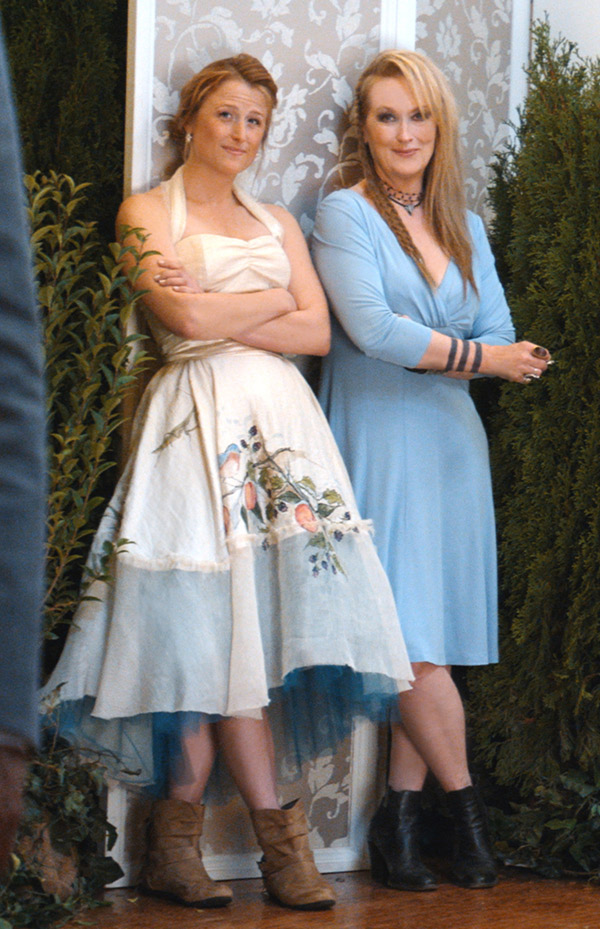 Mamie Gummer and Meryl Streep in a scene from ‘Ricki and the Flash’. Photo: supplied

Ricki wasn’t able to attend Julie’s wedding (presumably because she had an important gig), and is estranged from her whole family. In addition to the aforementioned ex-husband Pete and daughter Julie there are also two sons, Josh (Sebastian Stan) and Adam (Nick Westrate), who has “decided” to be gay since Ricki last saw the family 10 years ago.

When Ricki returns to her abandoned family, hilarity ensues.

Through her writing, Diablo Cody champions women we wouldn’t normally see on screen. Her breakout hit was about a pregnant teen (Juno). Her first foray into TV examined the life of a woman with multiple personality disorder (United States of Tara) and her most recent major film followed a sour, young adult novel ghostwriter in her efforts to steal back her ex-boyfriend from his new wife…and baby.

Ricki and the Flash is constantly hilarious and Cody employs her signature acerbic wit to great effect in order to examine the consequences of deserting family to pursue a more personal dream. “Why can’t I have two dreams?” Ricki howls.

Streep is enjoyable as Ricki (although I’m sure someone like Toni Colette would’ve been just as good – sue me!) and even manages to make her ridiculous “hooker at night court” costume semi-believable, but it’s her daughter who really shines here. Gummer is hysterical and in many scenes, a withering look from her is enough to bring the laughs.

Ricki and the Flash isn’t director Jonathan Demme’s (of Silence of the Lambs fame) best work though. His last major film, Rachael Getting Married was far better, although criminally underseen. Many dramedys suffer from inconsistent tone and unfortunately it’s a problem for Ricki and the Flash.

Like its protagonist, this film isn’t perfect, but it’s still a hell of a lot of fun.