A Midsummer Night’s Dream: The Adelaide Festival opera centrepiece is my top recommendation for two reasons, firstly because director Neil Armfield’s considerable track record as an opera director promises to bring unique insight to this masterpiece by Benjamin Britten. As Oberon, the much-vaunted US countertenor Aryeh Nussbaum Cohen is another reason to see this production. – Festival Theatre, February 26 – March 3. The opera will also be livestreamed on a big screen at Adelaide Festival Summerhouse and several regional cinemas.

A Child of Our Time: Michael Tippett’s  A Child of Our Time is one of 20th-century music’s great anti-war statements, and its message of peace and understanding is potentially as relevant today as it was in World War II. The massive forces being assembled under Sydney conductor Brett Weymark should be well worth witnessing. ­– Festival Theatre, March 14.

Chamber Landscapes: Up at UKARIA, Kim Williams is curating what looks to be a visionary Chamber Landscapes series. Titled  Incredible Floridas, it brings together a clutch of pioneering 20th-century composers whose music has tended to be overlooked for decades. Several have Adelaide connections, including Margaret Sutherland and Richard Meale. – UKARIA Cultural Centre, March 5-8. 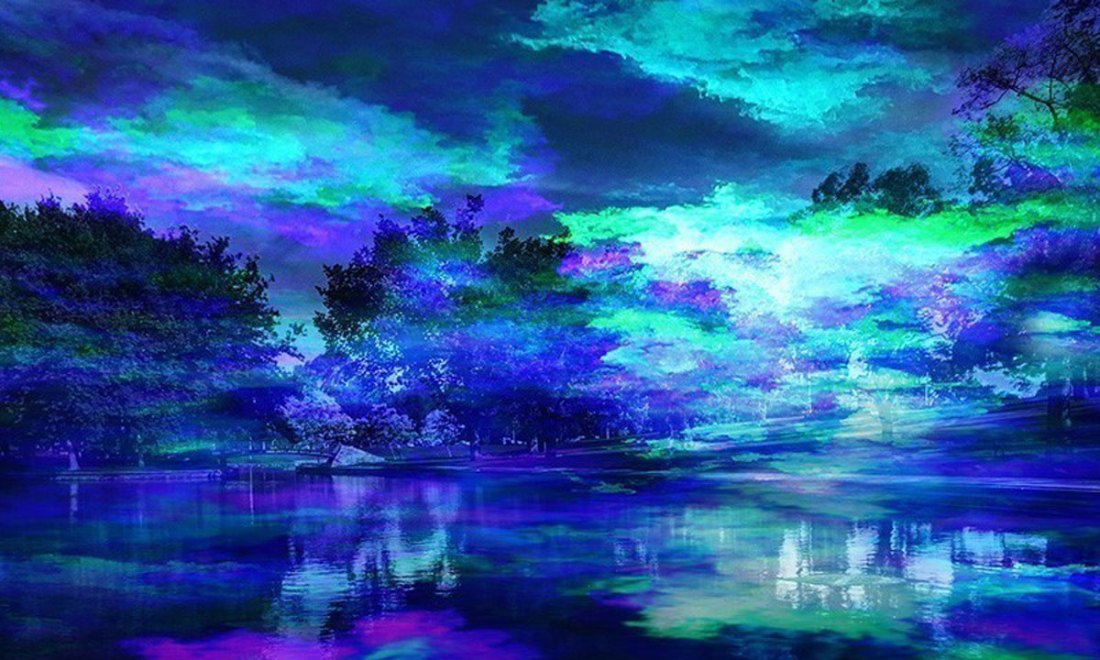 Eugene Onegin: I’m very excited to see director Rimas Tuminas’ adaptation of Eugene Onegin streaming live from Moscow as part of the Adelaide Festival. Tuminas is so revered in Russia, and his version of this classic play sounds brave, insightful and alluring. Books turning into birds, actors performing in a snowstorm – what’s not to love? ­– Her Majesty’s Theatre, March 5.

Small Metal Objects: I’m really intrigued by small metal objects. I love when companies turn theatre into something new and thrilling and it sounds like Back to Back Theatre has done just that, combining stage and street performance (the action takes place in Glenelg’s Moseley Square) in a play that’s asking big important questions about how we value human lives. – Moseley Square, Glenelg, March 2- 8.

Borealis: As someone who used to live in the far north, I was immediately drawn to this Fringe installation. I miss the transformative spectacle of the Northern Lights — the opportunity to experience a virtual version right here in Adelaide is really exciting. – Gluttony, Feb 19 – March 21. 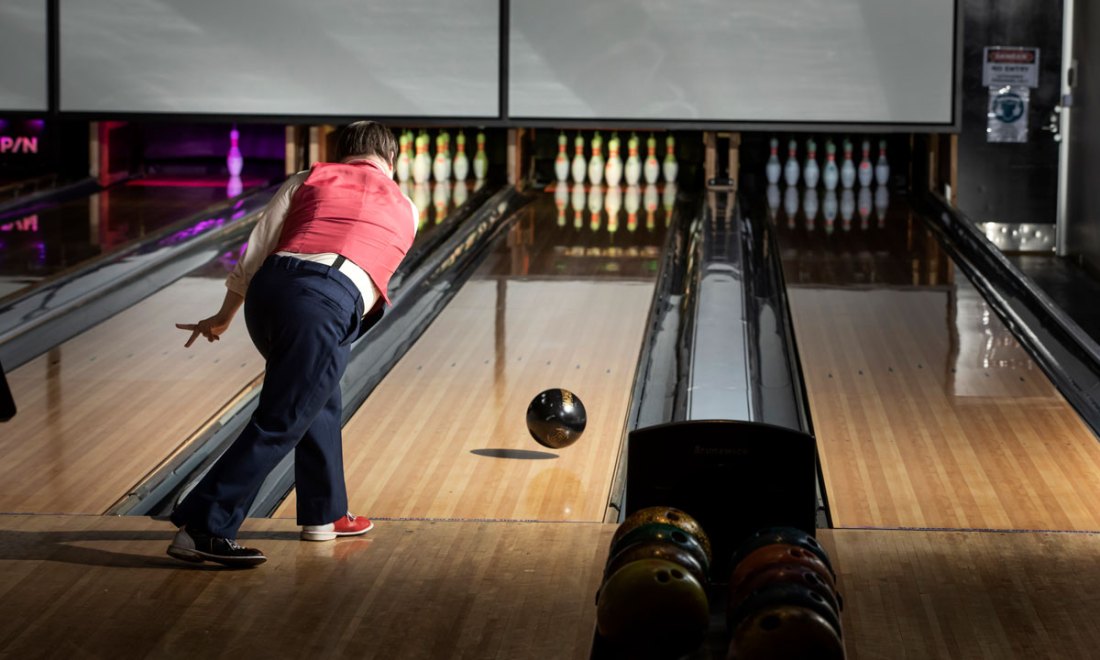 Clarice Beckett – The Present Moment: I’m fascinated by both the painting of Australian artist Clarice Beckett and the story of how she was almost lost to art history after her death in 1935. There’s an ethereal quality to her beautiful paintings that both captivates and calms, and I can’t wait to see the Art Gallery of SA’s Adelaide Festival exhibition The Present Moment, where 130 works will be thematically displayed to take viewers on sensory chronological journey from sunrise to nightfall. – AGSA, February 27 – May 16.

Smashed – The Brunch Party: This selection is purely for fun and frivolity… and, yes, maybe the promise of a Mimosa on arrival. Smashed is an adults-only daytime Fringe event promising a blend of cabaret, drag and circus hosted by cabaret artist Victoria Falconer, who won me over a couple of years ago in the sparkly and spiky Fringe Wives Club. The line-up also includes local drag star Kween Kong, alter ego of contemporary dancer Thomas Fonua. – Garden of Unearthly Delights, February 20 – March 21. 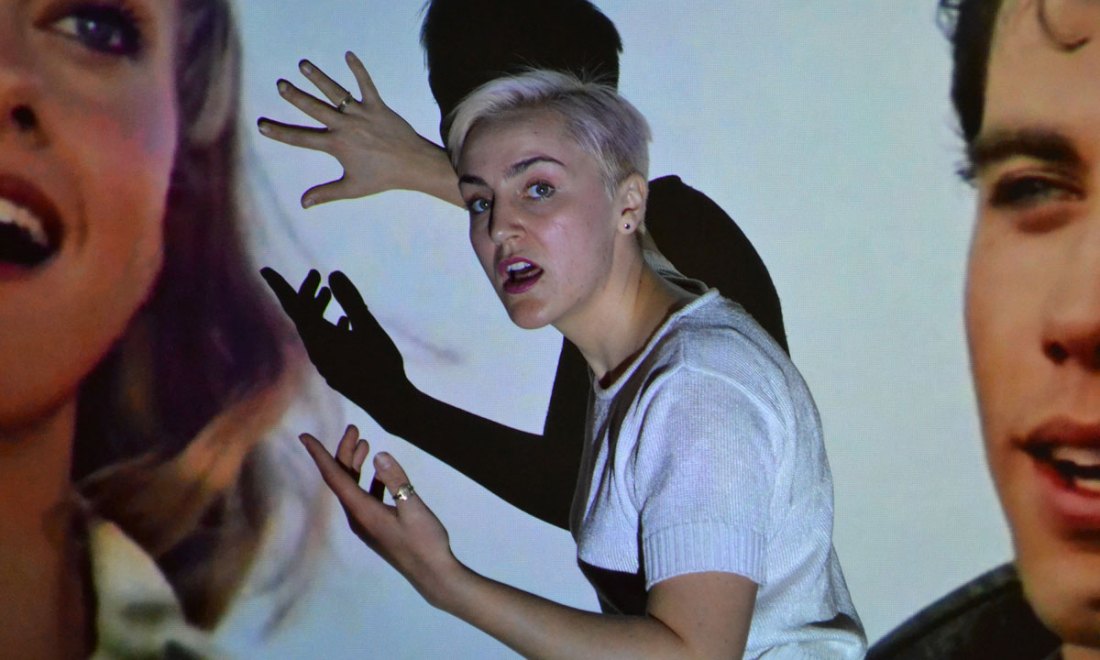 Grief Lightning is coming to the Bakehouse Theatre.

Grief Lightning: Fringe shows that appear to be reverse-engineered from an excellent pun title are an under-recognised part of the arts ecosystem. Whatever its origins, the premise of this satirical lecture in which theatre-maker Mary Angley dissects a wild fan theory about the 1978 film Grease – itself a deceptively complex, and very catchy, text – gives me chills that are multiplying. – Fokus Creatives, February 23-28; Bakehouse Theatre, March 8-13 + livestream option.

The Image is Not Nothing (Concrete Archives): From Maralinga to Chernobyl, this exhibition led by Yhonnie Scarce and Lisa Radford explores sites of disaster, and the psychological and cultural half-life experienced by environments and communities long after. The Image is Not Nothing (Concrete Archives), at ACE Open as part of the Adelaide Festival, promises to be visually compelling and deeply affecting. – ACE Open, February 26 – April 24.

Adelaide Writers’ Week: Mothers and Secrets: If you’re not in a position to spend all of Writers’ Week “working from home” (AKA, camped out with laptop while soaking up talks and panels), this conversation between Katherine Tamiko Arguile and Victoria Hannan – whose respective books  The Things She Owned  and  Kokomo  both explore family and memory – feels particularly pertinent after a year filled with loss and distance. – Pioneer Women’s Memorial Garden, February 28. 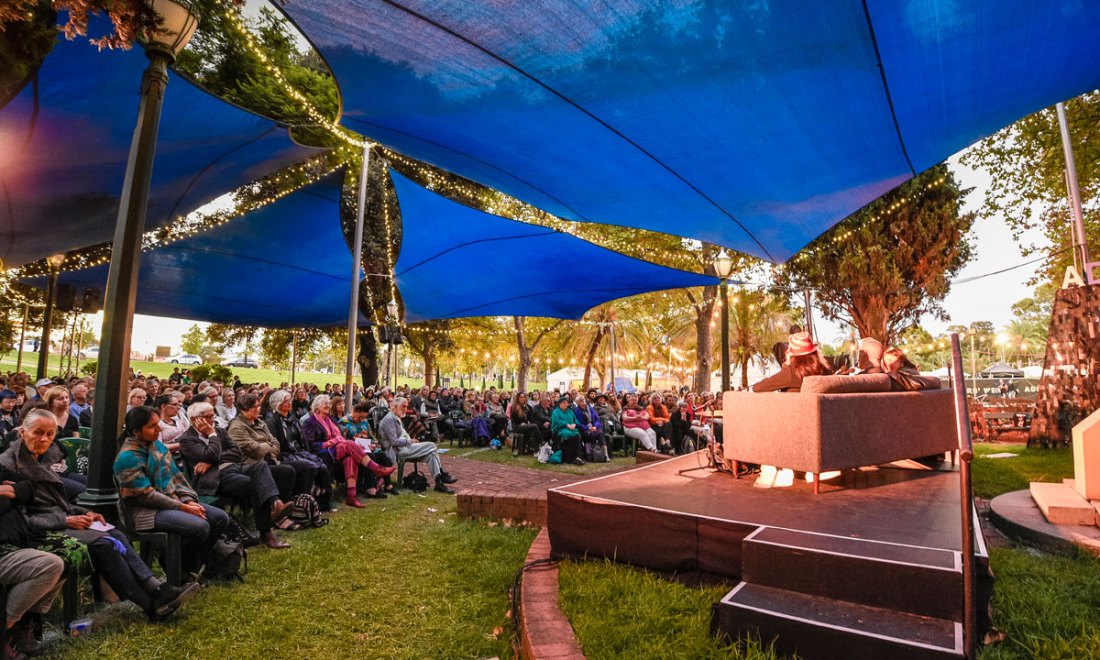 Adelaide Writers’ Week: I’m incredibly excited about seeing English writer Natalie Haynes at Writers’ Week. She’s a  classicist, novelist and stand-up comedian and I’ve read everything she’s ever written about the ancient world – both in fiction and non-fiction. Haynes won’t be here in person but her  interview will be  live-streamed and I’m such a ridiculous fan I intend to see it in the garden, then watch the recorded session again when I get home, just in case I missed  anything. There’s  also much local and national literary talent in this year’s program, including Tegan Bennett Daylight, Pip Williams, Julia Baird, Kate Grenville, Katherine Tamiko Arguile,  Kate Mildenhall, Karen Wyld, Patrick Allington and Robbie Arnott. I may need to camp down there! – Pioneer Women’s Memorial Garden, February 27 – March 4.

A German Life: This year I’m particularly looking forward to seeing Festival show A German Life, which promises to be so much more than a character study of a woman who witnessed a pivotal moment in world history. The life of  Brunhilde Pomsel has much to teach modern audiences about the insidious creep of fascism, and Robyn Nevin is a national  treasure, so I have no doubt she will do this challenging solo piece justice. – Dunstan Playhouse, February 19 – March 14.

Feminism Ruins Everything: This Fringe show will see Adelaide-based performers and podcasters Millicent Sarre and Ellis Dolan bring their hit podcast  to the stage. They’ll record two podcast episodes in front of live audiences, discussing the feminist merits (or lack thereof) of various films, TV shows and elements of pop culture, potentially ruining them in the process. Since each show will tackle completely different subjects, I’m sorely tempted to see them all. – Holden Street Theatres, February 28, March 13 and 21. 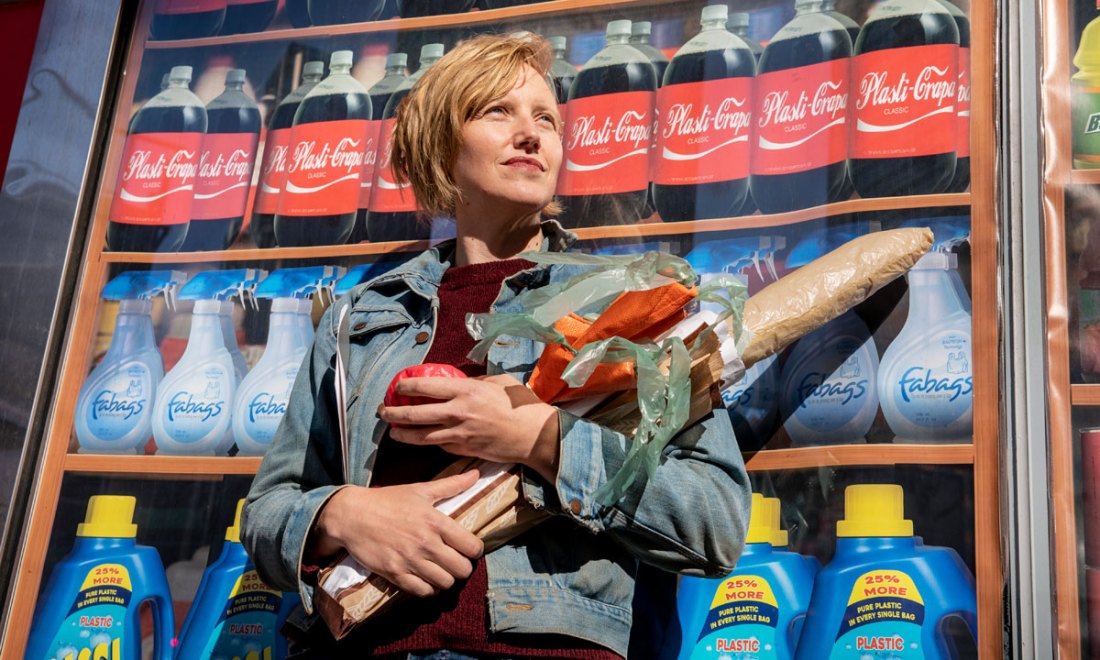 The Plastic Bag Store: Advertised as “part installation, part play, all plastic bags”, The Plastic Bag Store  combines art, craft, film and puppetry  –  and 100 per cent upcycled rubbish  –  to shake up our view on consumerism and its impact on the planet. Robin Frohardt’s hilarious and horrifying trip to the shops comes to Adelaide Festival following its New York debut; it will be upstairs in Rundle Place and is free for all. – Level 1, Rundle Place, February 23 – March 14.

Lost Lives: Adelaide-based theatre and arts company Safari Street Creative’s mission is to create  “dangerous, exhilarating and unpretentious”  work. Their 2021 Fringe production  Lost Lives  looks set to achieve this aim through its exploration of morals, cultures and secrets revealed in the aftermath of a brutal murder. – Holden Street Theatres, February 19-27.

High Performance Packing Tape: Ticket holders who were disappointed to miss this show following its late cancellation at last year’s Adelaide Festival will be pleased to know that performer Lee Wilson’s fracture has healed and he’s heading back here (with an understudy this time) to test our comfort levels and the strength of various commonplace office supplies. The  “messy and terrifying”  OH&S nightmare is also billed as incredible fun. What could possibly go wrong? – Main Theatre, AC Arts, March 4-14. 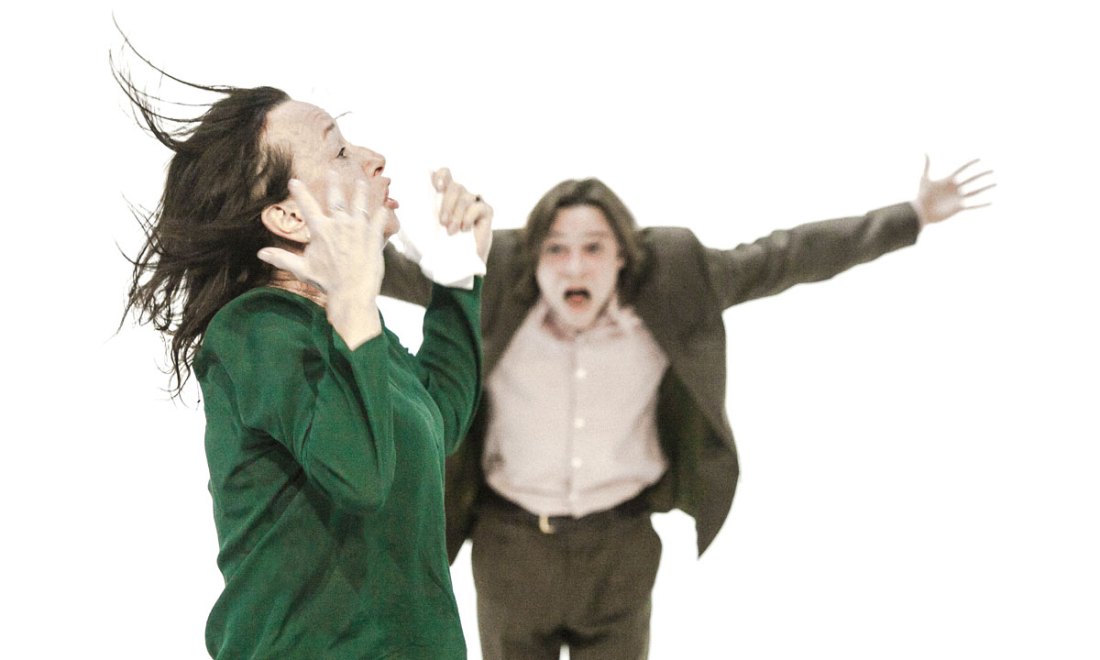 Medea will be livestreamed to Her Majesty’s Theatre for one night only. Photo: Sanne Peper

The Boy Who Talked to Dogs:  The saga of the “Dogman” Martin McKenna from County Limerick, Ireland, now resident in Nimbin, NSW, is a curious one about a neglected boy who finds solace and strength in a dog pack. For this stage adaptation of McKenna’s memoir by Irish playwright Amy Conroy, Slingsby Theatre director Andy Packer has gathered a team of South Australian and Irish creatives, with Martin being played by noted Dublin actor Bryan Burroughs. This Irish collaboration takes Slingsby into new territory but the turbulent tale of a boy and his dogs will also have the company playing to its theatrical strengths and I expect The Boy Who Talked to Dogs (a co-production with State Theatre Company of SA) to be an Adelaide Festival highlight. – Thomas Edmonds Opera Studio, Adelaide Showground, February 26 – March 14.

That Boy: This Fringe play led by Holden Street Theatres director Martha Lott is also about a troubled boy who is off his leash. Tom is seven and out of control. He’s been conditioned by cycles of inherited behaviour and it his steadfast mother who tries to change his destiny. Based on life events, That Boy is the result of an extended collaboration with a creative team including Nescha Jelk and Yasmin Gurreeboo. Last year, Lott’s solo work, Grounded, scooped  multiple Fringe awards; That Boy promises to be a strong successor. – Holden Street Theatres, February 16 – March 21.

Medea: Those who saw Australian director Simon Stone’s stunning production of Thyestes in the 2018 Adelaide Festival will be primed to see his latest adaptation of Medea. Stone developed this contemporary take on the Euripides classic by incorporating the story of Debora Green, an American oncologist convicted in 1996 for poisoning her husband and killing her children in a house fire. It was originally devised for Ivo van Hove’s International Theatre Amsterdam, and is being livestreamed on a large screen in Her Majesty’s Theatre for one night as part of the Adelaide Festival’s Live from Europe series. After Thyestes, I am both anticipating and dreading the production. Aristotle called the elements of Greek Tragedy pity and fear, and Stone delivers them in vivid and theatrically unforgettable ways.  – Her Majesty’s Theatre, March 4. 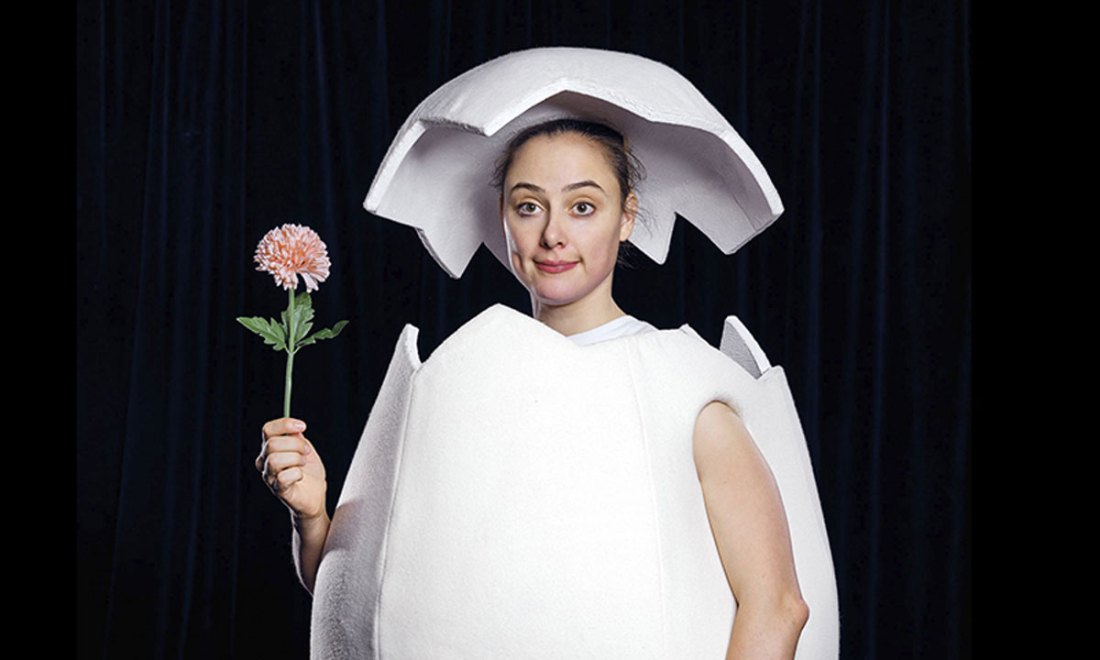 EGG: They say the best way to enjoy the Adelaide Fringe is to dive head first into the weirdness. One way to do that is by attending award-winning SA performer Erin Fowler’s new solo dance/physical-theatre show EGG,  which tackles fertility and motherhood to a “pulsating” ‘80s soundtrack and clowning. – Black Box Theatre @ Adelaide Botanic Garden, February 19 – March 21 + livestream option.

The New Money: While some of my friends have invested in cryptocurrencies like Bitcoin and  Dogecoin  (yes, that’s a real thing), I’m optimistic a new form of monetary exchange will reign supreme. The Adelaide Central School of Art’s current exhibition, The New Money, running during the Adelaide Fringe period, explores through art where finance could go in the future. – Adelaide Central Gallery, February 19 – March 19.

Jon Bennett vs Jason Donovan: As a (just) Millennial, I had no idea who Jason Donovan was before reading about him in this bizarre Adelaide Fringe show write-up – apparently he’s an “early 90s Aussie heart throb, soap and pop star”. And what better way to get to know Jason than by playing a “baffling” board game about him where comedian Jon Bennett [Fire in the Meth Lab] dissects his career? – Arthur Artbar, February 21 – March 21.

Keep an eye on InReview for comprehensive coverage of the Adelaide Festival and Fringe, including stories and reviews.