December 1955 was a crisis time in the history of the formation of Malaysia.

The Communists under Chin Peng had been fighting a seven-year revolutionary war for independence from the British and for control of Malaya, but the British wanted to keep control of their rubber plantations and other lucrative interests.

Enter Tunku Abdul Rahman, who sought to show his own control of the situation before convincing the British to transfer internal security to him. Supporting him was Singapore’s newly elected chief, David Marshall.

Talks between the three were held at Baling (pronounced Bahling) in Northern Malaya. The aim was for Chin Peng to give up his struggle, but on what terms? The Tunku proposed surrender, followed by investigation of all communists while under temporary detention, wasn’t supported. The Tunku pointed to the recent divisions of Korea and Vietnam; he could not allow that to happen in Malaya. It was hardball time.

This production of Baling is part dramatic reading of the transcript of the talks, part documentary, part personal memoir. It ends with film footage of Chin Peng in his late years, struggling with his memories and his aching desire to return home from exile in Bangkok. 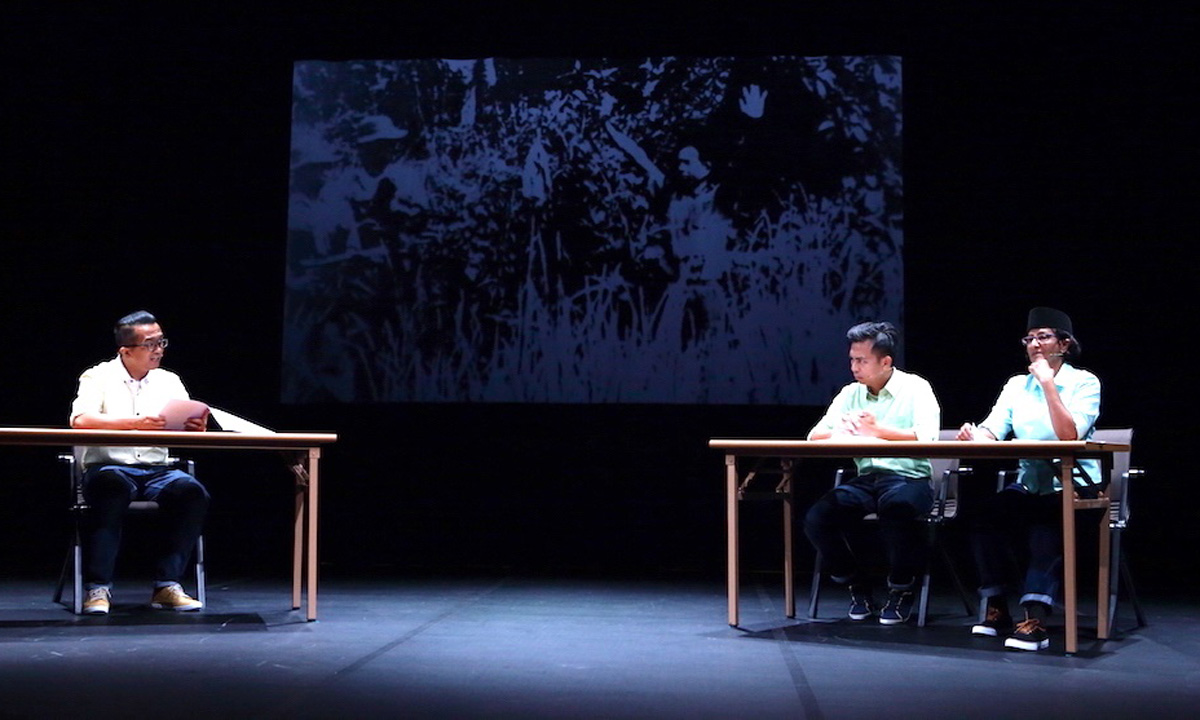 The theatre at Nexus Arts is a large square room, which mimics the austere schoolroom where the actual talks were held. The audience sits on cushions except for a few lucky ones, like me, who got in for one of a handful of seats strung along one wall.

The action moves from place to place around the room and the cushioned audience are bidden by the actors to move around with it to make spaces for the acted readings. Newspaper front pages from 1955 dangle from the ceiling at arm’s length.

The actors read from pages of transcript which they tear from one wall, which was totally covered at the beginning of the show but left with a few empty spaces by the close. The effect is original.

Visuals are also projected on three of the walls to inform the narrative. The show starts with a British propaganda film about the talks, the emotive denunciations of the evil communists bringing chuckles from the crowd (it’s all done by selection of news now).

But it is the loving portrait of communist leader Chin Peng that is the star of the show. He is “the ultimate thorn in the side of the official narrative”.

Chin Peng was the most wanted man in the British Empire for years and lived out his life in exile in Bangkok. On his death a few years ago, the public was ordered not to memorialise him as a freedom fighter. I had never heard of him until last night.

Baling is being presented at Nexus Arts again tonight and Friday as part of the OzAsia Festival. Read more InDaily and CityMag OzAsia Festival stories and reviews here.