The 12-day festival will open on October 10 with SA filmmaker Anthony Maras’s Hotel Mumbai, which is based on the 2008 terror attacks in the Indian city and this week garnered glowing reviews following its world premiere at the Toronto Film Festival.

Closing night audiences will face what the festival describes as a “formidable choice between two powerful women”: Melissa McCarthy (with Richard E Grant) in an atypical role as celebrity writer-turned-forger Lee Israel in the Oscar-touted Can You Ever Forgive Me? and rock goddess Joan Jett in Bad Reputation, a documentary about her life.

“The festival will feature not only the world’s most anticipated films but will also provide a platform for local emerging filmmakers and, excitingly, 44 per cent of the films are directed by a woman, showcasing a breadth of screen storytelling voices,” Duthie says.

“I am particularly proud of the ADL Film Fest Fund films, including The Nightingale and Hotel Mumbai, which this week have already proven their world-class standing.”

The Nightingale, directed by Australian Jennifer Kent (who also made acclaimed horror The Babadook), is set in 1820s Tasmania and tells the story of a young Irish convict woman seeking revenge for an act of violence against her family. It won the Special Jury Prize at this week’s Venice Film Festival, with cast member Baykali Ganambarr (from dance group Djuki Mala) winning the award for best young actor.

Other Venice award winners which will have their Australian premiere at the Adelaide Film Festival are the new Coen brothers project The Ballad of Buster Scruggs (a series of tales about the American frontier); Mexican film Roma, by Academy Award-winning director Alfonso Cuaron (Gravity), and At Eternity’s Gate, which stars Willem Dafoe as Vincent Van Gogh during his final days.

The festival will also showcase an unusual live event by British multi-media and performance artist Sue Austin, who will perform underwater in her wheelchair at the North Adelaide Aquatic Centre.

Duthie says Austin, whose art seeks to provoke debate around societal attitudes to disability, is a fearless artist. Titled Creating the Spectacle, her festival performance will be filmed and projected around the pool, and will see her accompanied by members of Adelaide’s Restless Dance Theatre. 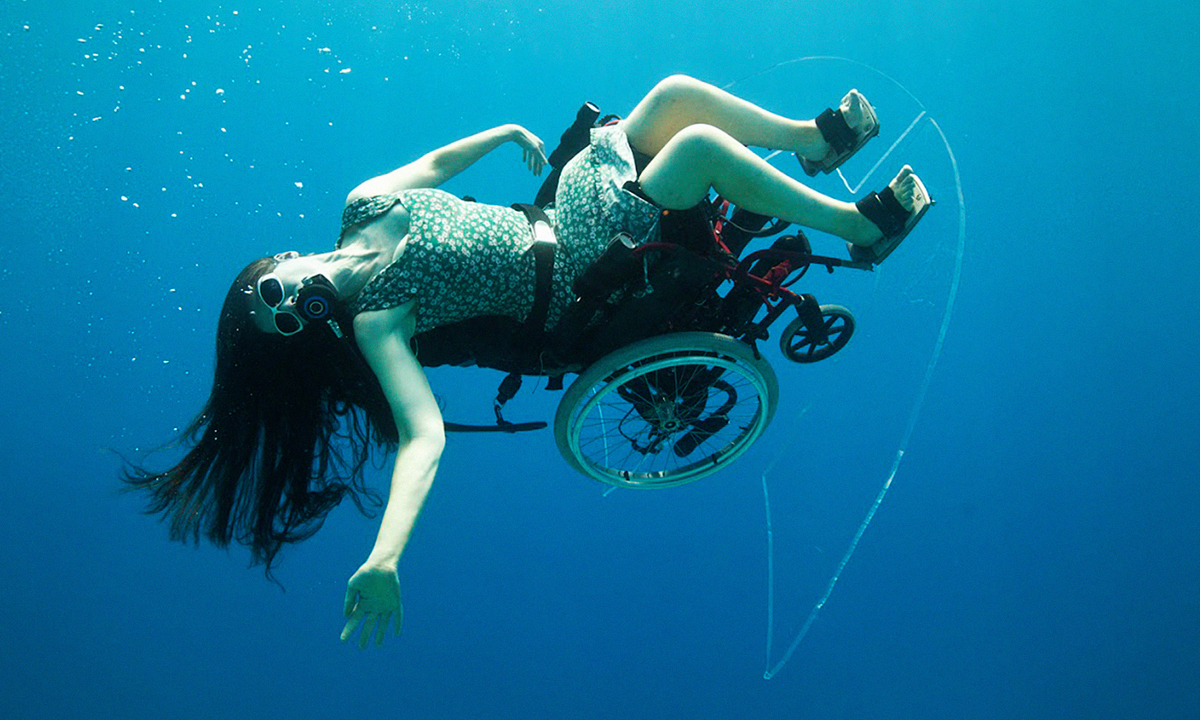 Among the strong line-up of Australian films are Imogen Thomas’s Emu Runner, about a young Indigenous girl who befriends a wild emu while grieving the loss of her mother; Genevieve Bailey’s Happy Sad Man, a documentary in which five men speak up about their mental health struggles; and the SA-made Running 62, which follows Aboriginal long-distance runner Zibeon Fielding as he prepares to run 62 kilometres to raise funds for the APY Lands community.

A 15-minute virtual-reality experience based on Fielding’s endeavour – Running 62: The Arrival VR – will be shown in the festival’s Jumpgate VR Lounge, offering people the chance to “experience expansive desert views and a community dance party” and “run alongside him, metaphorically”.

Other features of the festival will include:

Arab Women Directors: A collection of films celebrating the emergence of female filmmakers in Arab countries, including Jordanian documentary maker Widad Shafokoj’s 17, which follows the national team in the lead-up to Jordan hosting the FIFA Under-17 Women’s World Cup.

The full 2018 Adelaide Film Festival program can be viewed online.