Sk!n, a physical theatre work presented by Malaysian performance company TerryandTheCuz in association with Melbourne-based choreographer Ashley Dyer, draws on the real experiences of refugees, asylum seekers and other victims of trafficking.

It seeks to draw attention to a problem affecting millions of people around the world.

Audiences members may feel slightly uncomfortable during the performance, but as TerryandTheCuz and Dyer explain below, it doesn’t come close to reality.

SK!N is said to thrust audiences into the world of human trafficking – what can people expect to experience during the performance?

Nothing that happens during the performance truly resembles the experiences and difficulties faced by those affected by forced migration and human trafficking. These people are deceived at every turn, threatened and abused sexually, physically and mentally, stripped of their dignity, commodified, and made to feel less than human.

By contrast, our artwork offers gentle, analogous experiences that are more aimed at agitating the audience’s imagination and inspiring self-critical reflection and empathy than replicating the horrendous, relentlessly uncertain, dehumanising treatment these people face.

During our show, audiences may be made to feel slightly uncomfortable, embarrassed, disempowered, cheated or objectified.

We do this to provoke questioning: Why are some of us fortunate enough to be able to travel freely across borders, to reside or work almost wherever we’d like to, when others can’t?  What rights do we feel entitled to and should they be afforded others?  What are our collective responsibilities to one another? How and why do we psychologically distance ourselves from the plight of others?  And what are the limits of what we are willing to do help?

It is rare that people are smuggled or trafficked within actual containers.  Most often, they come by more mundane and everyday modes of transport: foot, motorbike, car, van, mini-bus, train, boat or plane (in Malaysia, at least).

Our use of a shipping container speaks to the dehumanising commodification of people; the reduction of the person to a body, of an individual to an economic good.

What can you tell us about the choreography and the way in which the performance is presented?

When we created the choreography we referred to it as a process of translation.  In all translations something is gained and something is lost.  Our choices don’t speak to any singular person’s journey.  It also tries not to conflate all journeys into one, nor pin down any particular comment about migration politics and very complicated situations.

What dancing does best, in this situation, is spark the imagination and evoke a visceral connection with another body.  At times the dancing might be read as being about trafficking or migration issues; at other times it embodies the first-world fears of mass migration.  It’s intended to be very open to interpretation.

At the heart of human trafficking is migration politics.  Migration is about free movement, restricted movement and forced movement, and so is much of the dancing.

The audience is divided into groups and at different moments within the work they split up from one and other.  Not everyone gets the same experience; each group only ever gets a partial account of the performance.  We consciously try to split up friends and family, so this is more evident.

At the end of the work, when they all return and the groups are reunited, there’s a very informal space created for audience members to share their differing experiences and ask questions.

In Malaysia this was augmented by the presence of real refugees or people who had been affected by forced migration and human trafficking, and a UNHCR (United Nations High Commission for Refugees) photographic exhibition.

During development of the show, you met with people who were victims of human trafficking.  What type of experiences had they had?

Over the last two years we have worked closely with our community partner Tenaganita (a leading human rights NGO in Malaysia), with whom we have organised interviews, workshops and meetings with people who had been or who were still being trafficked.

Some of those were exploited foreign migrant workers, recruited under false pretenses and then subjected to forced labour or sex work.  Many were refugees from Myanmar who, fleeing genocide, were trapped in camps at the Thai border, beaten, raped, deprived of food and/or forced to ask their families for bounties for their freedom.

We also met with numerous refugees and asylum seekers, many of whom had been imprisoned or detained by the Malaysian Government.

Where necessary, or appropriate, our partners provided us with translators, counselling services and support for the participants.  In the main our sessions were research-focused, enjoyable and fun. 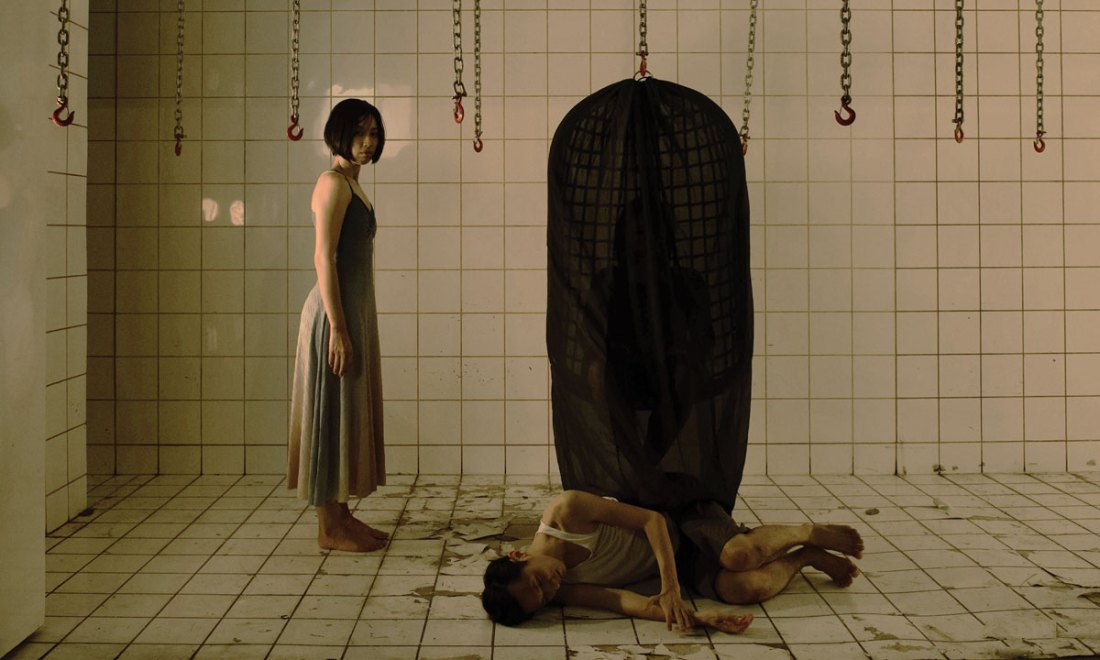 Given the sensitivity surrounding the subject at the heart of the work, what challenges did you face in creating SK!N?

Those most affected in Malaysia are directly voiceless – they rely on advocacy groups such as Tenaganita to speak on their behalf. This is largely because under Malaysian law, refugees have the same status as illegal immigrants; they are subject to arrest, detention and deportation.

For us, in our process, this meant that consistent access to individuals for workshops/rehearsals or even in performance couldn’t be guaranteed.  It was too dangerous for them.

As artists, we know that we will never understand what these people have been through.  We are not refugees. We are not victims of trafficking. We are middle-class citizens. We have rights based on our citizenship that we believe we’re entitled to. We feel compelled to help in ways that we can.  But is this enough?

We feel that in part this is the story that we can tell.  The work is as much about how we, the privileged, relate to this issue, as the issue itself.  We do this in the hope that our work will then create the space for people far more expert than us, NGOs or victims, to explain their own situation.

What do you hope to achieve through presenting the work and touring it around the world?

World crises are not being resolved and continue to generate new displacement.

In fear, people seek any means possible to preserve or improve the lives of themselves and their families – including turning to people smugglers and human traffickers fuelling the skin trade.

The plight of these people should not be ignored. Where are they supposed to go?  If they return to their home, they face death or continued oppression.

Although our work is focused on the situation in Malaysia, the problems are trans-national ones. Our aim is to promote a culture where equality and human rights for all are embraced, valued and protected. It is also to inform people about rights violations against migrants and refugees.

Most importantly, by the end of our five-year journey we will have worked with many different NGOs and human rights organisations around the world, forming what we hope will be a formidable network of agencies and people who have dedicated their lives to combating this pandemic.