Members of performing arts company Teater Garasi spent six months researching and immersing themselves in Indonesian street life to create the show they are bringing to Adelaide’s OzAsia Festival.

Some of the artists even lived on the streets for several days, says company director Yudi Ahmad Tajudin.

“It is important for them to experience the street life with their body, so it’s not just observations from the distance … they have to feel it; they have to be in the space.”

He says their intention was to investigate what socio-political life is like in Indonesia post-1998, the year former president Suharto’s 32-year rule came to an end.

Under Suharto’s repressive regime, citizens lived under strict controls. But Tajudin says that today, there is open discussion of divergent political ideologies and greater freedom of expression for people of different religions and ethnicities.

“It’s almost like an explosion of all this diversity.

“It’s become a cacophony of many sounds in one region … in the streets, this manifests in the way people occupy the space.” 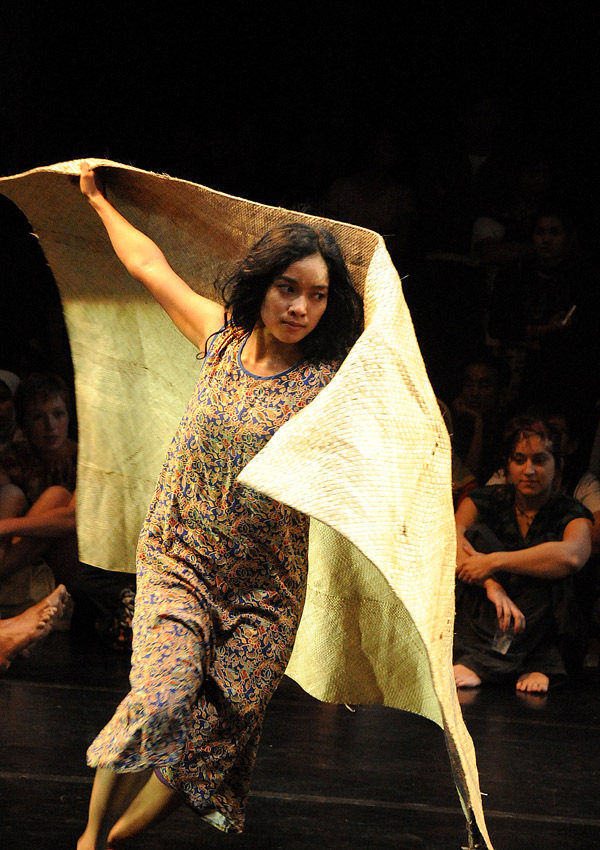 Inevitably, there are tensions – between those of different faiths and generations, between the wealthy and the poor, between modernity and tradition – but amid the chaos new forms of expression and negotiation are being developed. There is an underlying feeling, says Tajudin, of progress and optimism.

The bustle and complexity of this contemporary urban street in Indonesia is re-created in Teater Garasi’s The Streets, which will be presented at the Adelaide Festival Centre’s Space Theatre on September 24-26.

“We have tried to capture the life in the streets,” says Tajudin. “It’s very vibrant – that’s why we use live music.”

The company has also collaborated with Indonesia-based Dutch visual artist Mella Jaarsma, who has created installations portraying street life which are used in the show.

The Streets is described as “fully immersive”, with members of the audience able to move around the theatre; they can sit or stand, and position themselves where they wish.

“My intention with this strategy is to give the audience not only a view but also an experience of the street life of Indonesia – so in a way it is a participatory experience.

“At the beginning, there will be no clear boundaries between the performance area and the audience area, but along the way the performers will create some sort of stage.”

Tajudin says it is an exciting time for both visual and performing arts in Indonesia, with the more open society spawning a new era in experimentation and expression.

It’s a very different environment from when Teater Garasi was formed in 1993. Back then, Tajudin and his fellow artists were still undergraduate students and he says their intention was not only to create a theatre group but also a movement against Suharto’s regime – “because in the 1990s, all the students were activists”.

In those early years, the multi-disciplinary collective of artists had to work to find ways around censorship laws. It has built a reputation for its innovation and the way in which it combines traditional and modern Indonesian culture while reflecting on social and political issues.

Tajudin says while there have been tensions since 1998, these are the inevitable result of a process of redefinition and reformation.

“Despite all this tension, we also find this hope, these dreams.”