­The built environment is the world’s largest single contributor to greenhouse gas emissions, consumes around a third of the world’s water and generates 40 per cent of our waste. According to California-based architect and urbanist Peter Calthorpe, confronting climate change is a bit like the war on drugs. You can go after the suppliers ­– coal-fired power plants and oil companies – or you can address the addicts ­– inefficient buildings and car-dependent urban development.

Calthorpe led the New Urbanism movement of the 1970s and ’80s, and its founding principles are ever more relevant in the context of escalating urban growth and the global climate crisis:

Underpinning these principles is the desirability of new high-speed train systems (instead of more roads) to deliver Transit Oriented Development. TODs enjoyed a regrettably short moment in the sun here South Australia, but have taken off in China and California, where car congestion, carbon emissions and commuting costs are serious issues.

Transit-oriented urban infill is, however, being implemented at Mawson Lakes, St Clair, Bowden and Tonsley in response to ambitious government infill targets and legislation to protect Adelaide’s agricultural and environmental assets from urban sprawl. Ongoing reviews of these state and local government-sponsored projects indicate that in the absence of a comprehensive and efficient public transport system across the metropolitan area, South Australians remain reluctant to let go of their cars and the spaces to park them. 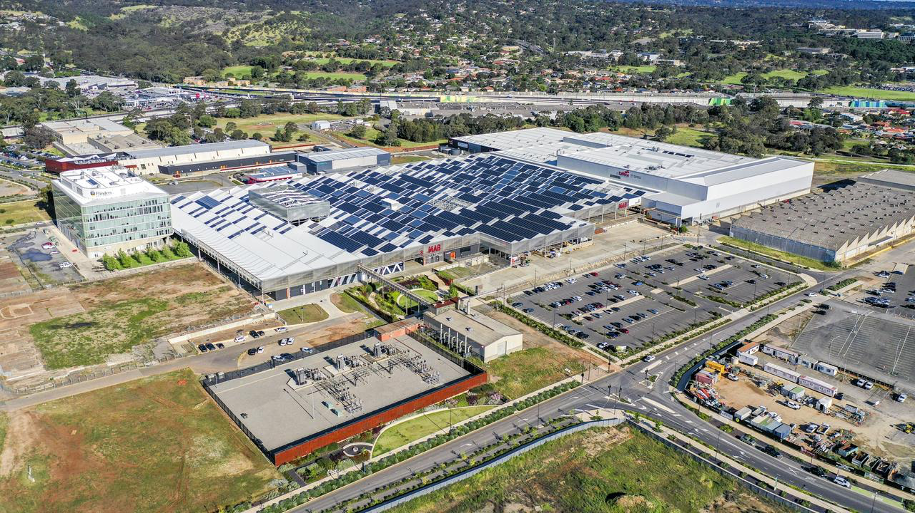 A 2016 review of the masterplan for the 61ha Tonsley Innovation District recommended consolidation of ‘inhospitable expanses of car parking’ and improved integration of pedestrians and cyclists with a new train connection. Image supplied

Providing efficient public transport options ahead of residential and commercial development (rather than waiting for populations to grow to meet cost/benefit targets) appears to be critical to achieving real reductions in car usage. (If only Mount Barker’s current expansion had been planned around provision of a rapid train service…)

Located between two O-Bahn interchanges on the Torrens Linear Park cycling track, Lochiel Park  was an early State Government low-carbon medium-density demonstration project, with all 106 dwellings required to achieve a minimum 7.5-star energy efficiency rating when the Building Code of Australia required only five stars. The model green village aimed to achieve a 74 per cent reduction in greenhouse gas emissions compared to the Adelaide average at the time, and produced Australia’s first zero-carbon house. Water efficiency measures included rainwater harvesting and the use of recycled stormwater for toilets, washing machines and irrigation of a 10ha system of urban forest wetlands encircling the 5ha development. 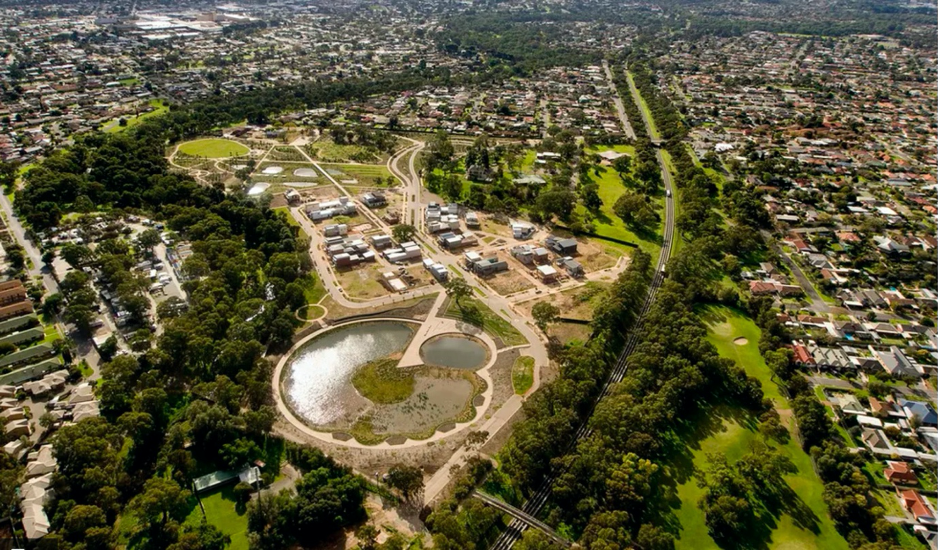 Construction of Lochiel Park coincided with other innovative private-sector initiatives that embrace extensive environmental and agricultural reserves at the Aldinga Arts Eco Village and Port Elliot’s Beyond Today.

As the world debates the distinction between setting targets and actually achieving emissions reductions, it is interesting to compare Lochiel Park with an earlier public/private attempt at sustainable development. According to a 2011 UniSA study, the much-touted sustainability aspirations for medium-density housing development at Mawson Lakes resulted in considerably higher carbon emissions than the state average, while Lochiel Park came in well under that average. And, despite good connections to Adelaide’s public transport network, only 3.9 per cent of Mawson Lakes residents take the bus to work, while 3.6 per cent use the train. To quote a resident blogger:

The problem with the houses at Mawson Lakes is they have poor insulation, most of them don’t have eaves, are hot in summer, cold in winter, and are very car reliant. Houses are poorly designed and built, services are concentrated in a particular area which is inconvenient for residents who do not live in that area. A lot of streets are curved so it is difficult for houses to face north…

The State Government’s Urban Renewal Authority (Renewal SA) plays an ongoing role in setting sustainability targets for private developers of government-owned land, the aim being to lead the broader industry towards greener practices. A variety of rating mechanisms are now used, with the Green Building Council of Australia Green Star system offering a more holistic approach to assessing buildings, fit-outs and new communities – focussing on the health and wellbeing of residents as well as responsiveness to climate change and protection of the natural environment.

According to a Renewal SA spokesperson, the requirement to meet the 5 Star Green Star Australian Excellence building benchmark, and 6 Star Green Star World Leadership community precinct rating met with developer resistance in the early stages of rollout of the Government’s ground-breaking higher-density infill project at Bowden. However, consumer demand has since grown to support those standards, which also appeal to the hip pocket.

The Prince’s Terraces at Bowden pushed the bar even higher for 12 Defence Force dwellings to achieve a 6 Star Green Star World Leadership building rating. Each of the eight terraces and four flats (built as mews behind the terraces) are orientated to capture natural daylight and cross-ventilation, while double-glazed windows ensure high levels of thermal and acoustic insulation. The project was informed early on by computer simulation and design analysis, and is predicted to use 50 per cent less energy and 50 per cent less potable water than a typical urban townhouse, with a carbon footprint reduced by more than 40 per cent compared to standard dwellings. 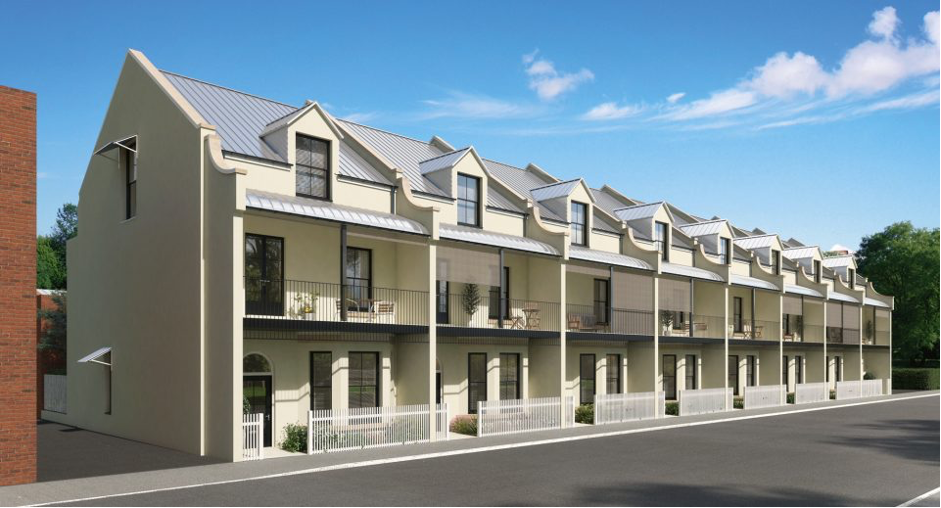 Finally, at the other end of town in Aldinga, community groups inspired by the success of the Aldinga Arts Eco Village have successfully lobbied local and state government to get behind a 5 Star Green Star Australian Excellence community benchmark for the development of 65ha of government-owned land there. But while construction of a new birth to Year 12 school is underway, a city rail connection is still a long way off.