Drawing on the Architecture Museum collection at the University of South Australia, Modern Living: At Home in South Australia, 1890-1960 charts the development of the modern mid-century home. Curator Dr Julie Collins has collated a selection of architecture drawings, photographs, books, posters and pamphlets which were used to communicate with the public on aspects of modern living.

Part of this year’s History Festival, the exhibition at Bob Hawke Prime Ministerial Centre’s Kerry Packer Civic Gallery emerged because of the growing interest in mid-century modern homes. The style ­– which typically features a flat roof, timber, lots of picture windows, minimal ornamentation and (in South Australia) Basket Range stone – is currently very popular and Collins wanted to explore the history of how it has developed over time.

“What I really wanted to say in this exhibition is that the idea of the modern home is actually greater than mid-century modern,” she says. “The features of modern living, such as open-plan, big picture windows and light, airy homes, started a lot earlier on in the 20th century.” 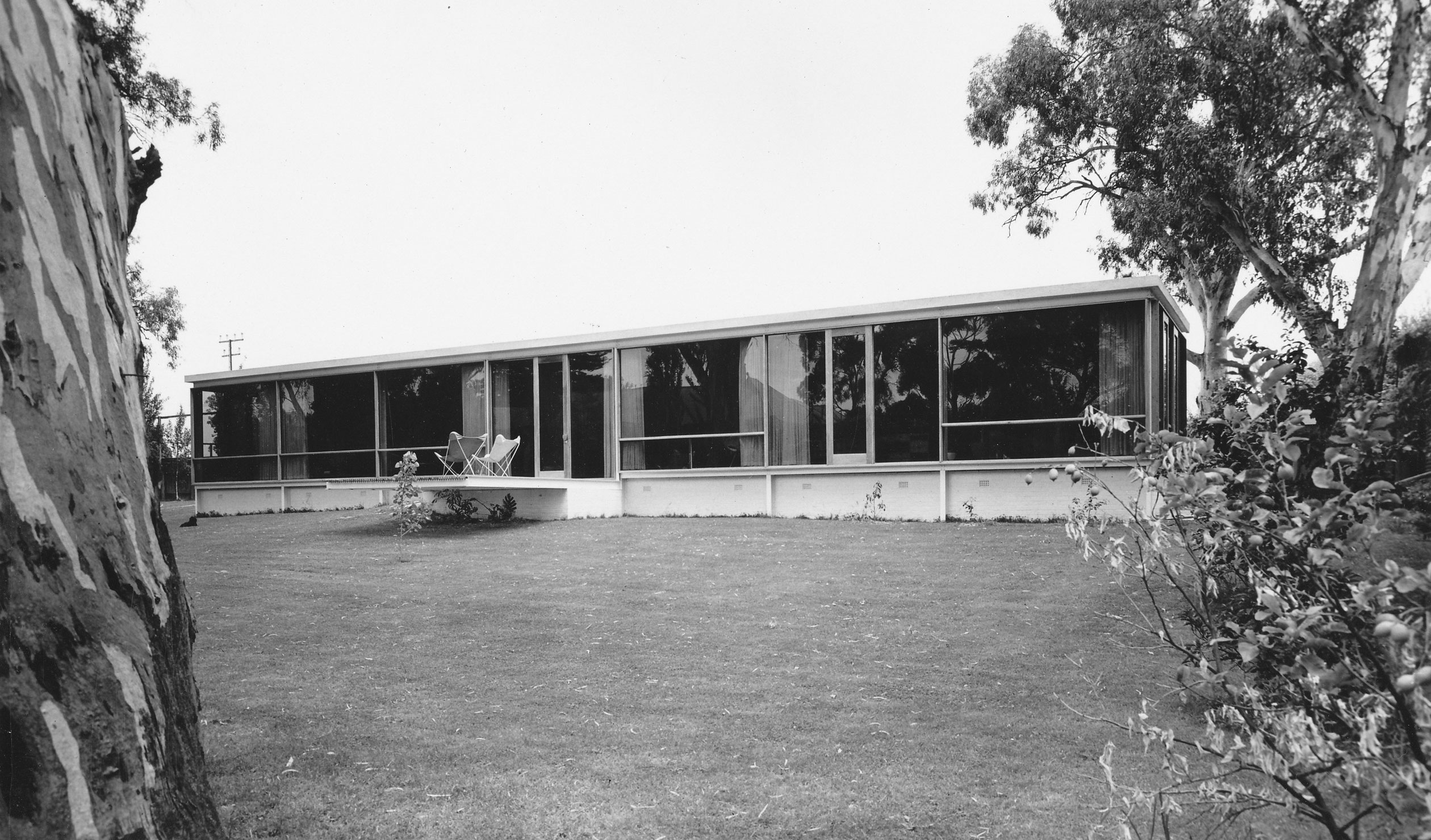 While mid-century usually refers to the 1950s, ’60s and into the ’70s, the style started to emerge before this. As far back as 1890, homes began changing from the standard design with two windows at the front, a corridor down the middle, and the laundry and toilet out the back in the outhouse.

“I’m really interested in how the plumbing came inside, so wet areas – bathrooms, laundries and toilets – came inside. This was a real change in terms of housing,” says Collins.

“The kitchen also stopped being out the back and was no longer just an enclosed room. It started opening up to the dining room.”

The exhibition explores some of the trends in decoration of mid-century architecture, including efficiency in the planning of space; the use of new materials; minimal ornamentation; open, light and bright spaces; and hygienic and healthy surroundings. Well-designed built-in furniture was also common, including household cabinetry, wardrobes, dressing tables and drawers, fireplaces and surrounds, bookshelves, bars and room dividers.

An example of the use of new materials can be seen in the photograph of the 1956 “Neighbour House” in West Mitcham (pictured top), with a kitchen designed using Besser blocks. Collins says: “Architect Keith Neighbour also used Besser blocks for his own house. These were used unadorned and demonstrate his belief in the honest use of materials.” 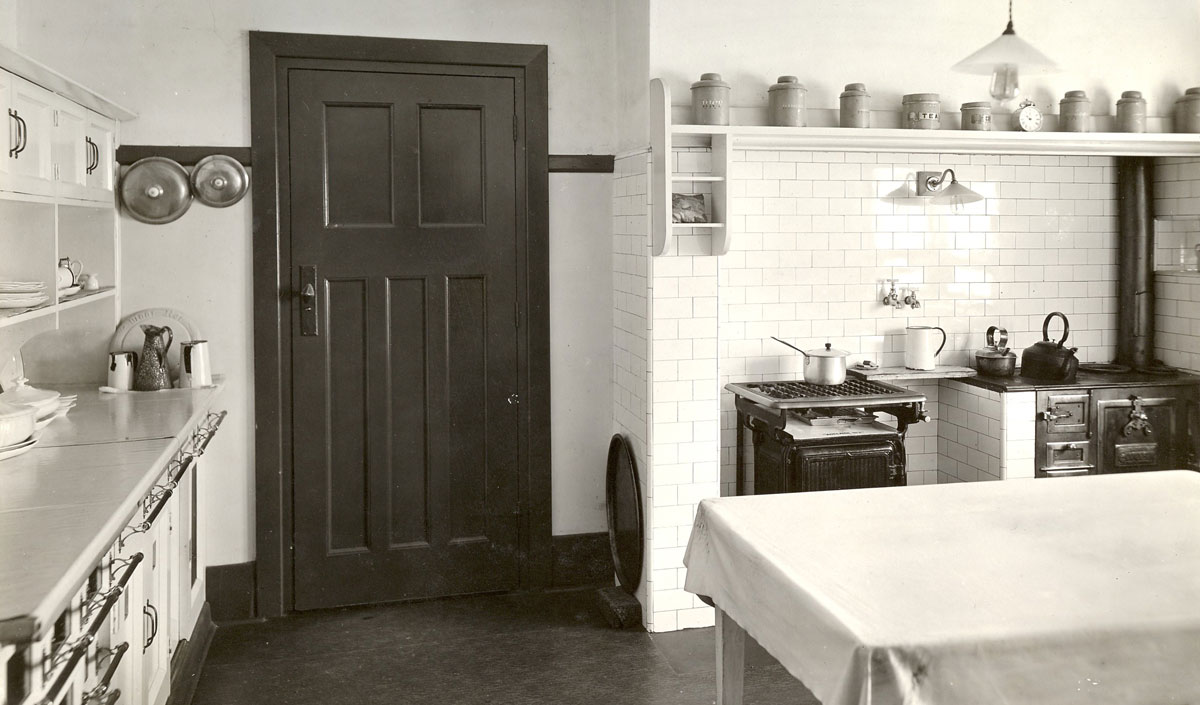 There were lots of social issues happening in the late 19th century which led to improvements in houses and home design, and these were the beginnings of what we think of as modern living. Collins is particularly interested in health and therapeutic architecture, and the idea of the healthy home emerged at this time following the sanitary revolution and the industrial revolution.

“Health was seen as a key aspect of living. Not just for the upper classes but as a way of improving the health of everybody,” she explains.

“The belief was if you improved the health of the homes of what was considered the lower classes, you would improve their health and hence they would be better workers, but it was also a way of enlarging the middle classes.”

Advances in technology during the 20th century also affected house design. For example, the introduction of air conditioning meant homes could have larger windows, allowing more light to filter in because the heat load could be managed with mechanical ventilation. 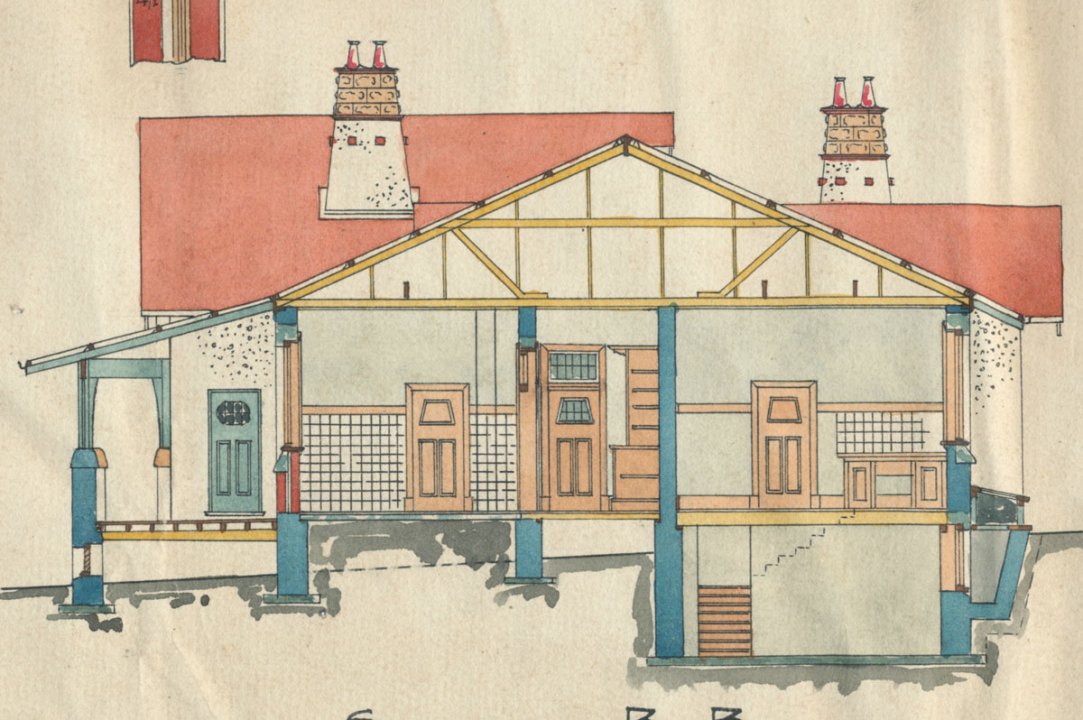 The exhibition at the Kerry Packer Civic Gallery is filled with interesting narratives about the history of modern living in South Australia, such as the story of the little-known South Australian Home Builders’ Club, which ran from 1945 to 1965. The club was formed to address the labour and material shortages, and the difficulty in acquiring a home, following World War II. Its motto was Non nobis solum (Not for ourselves alone), and the members built hundreds of houses in the suburbs of Adelaide.

“Ordinary people would go around and build houses for each other,” Collins says.

“You would have bank tellers and bakers learning how to build a house and building for each other. They all had their day jobs but on the weekend they would learn to mix concrete, put up walls, put in windows and get each other’s homes built.” 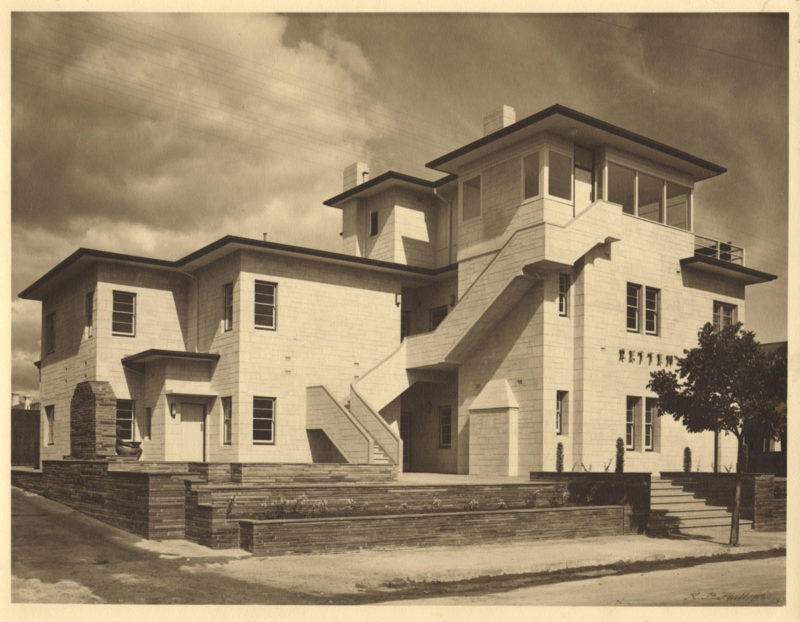 Another interesting history depicted in the exhibition is that of modern apartment living. Featured are drawings, photos and a poster of the Retten Apartments at Glenelg, built in 1939. The poster advertises features such as a hot-water service and refrigeration, things we take for granted today but which were major selling points back then.

Modern Living: At Home in South Australia, 1890-1960 not only highlights the fascinating history of the mid-century modern home but also draws attention to the resources of the Architecture Museum at the University of South Australia. A research and archival museum, open to the public as well as staff and students, it usually holds one major exhibition every year during South Australia’s History Festival, as well as smaller exhibitions throughout the year at the Office for Design and Architecture SA in Leigh Street.

All images from the collections of the Architecture Museum, University of South Australia. 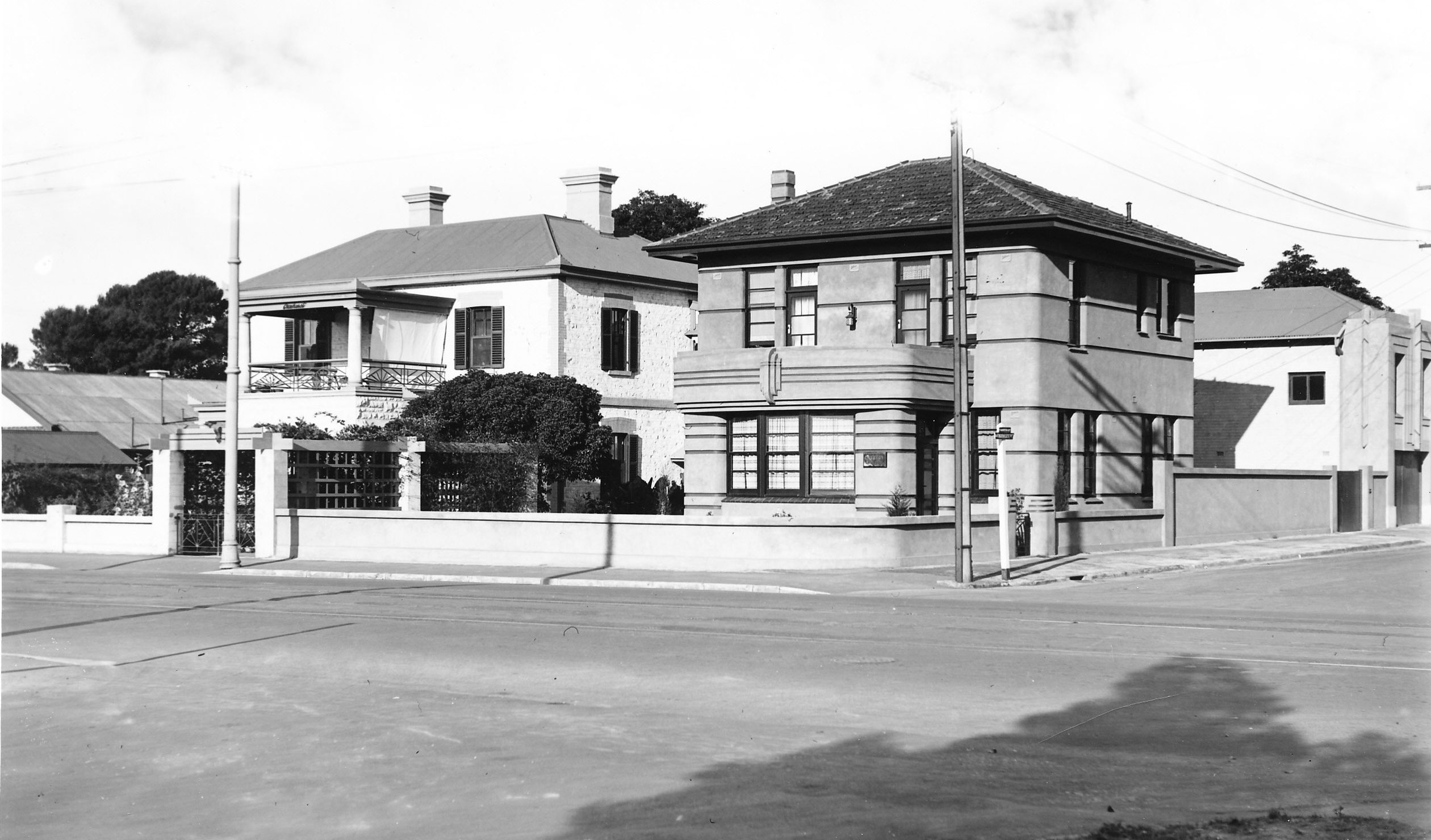 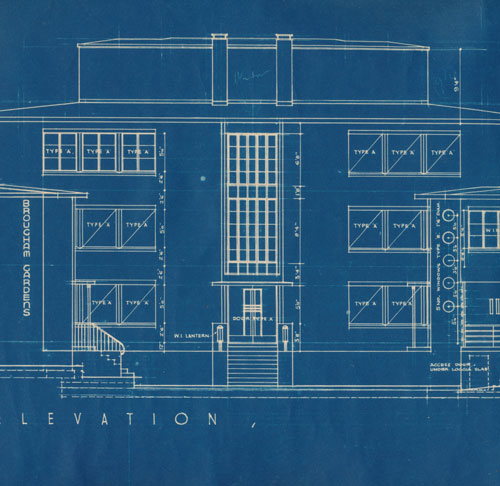 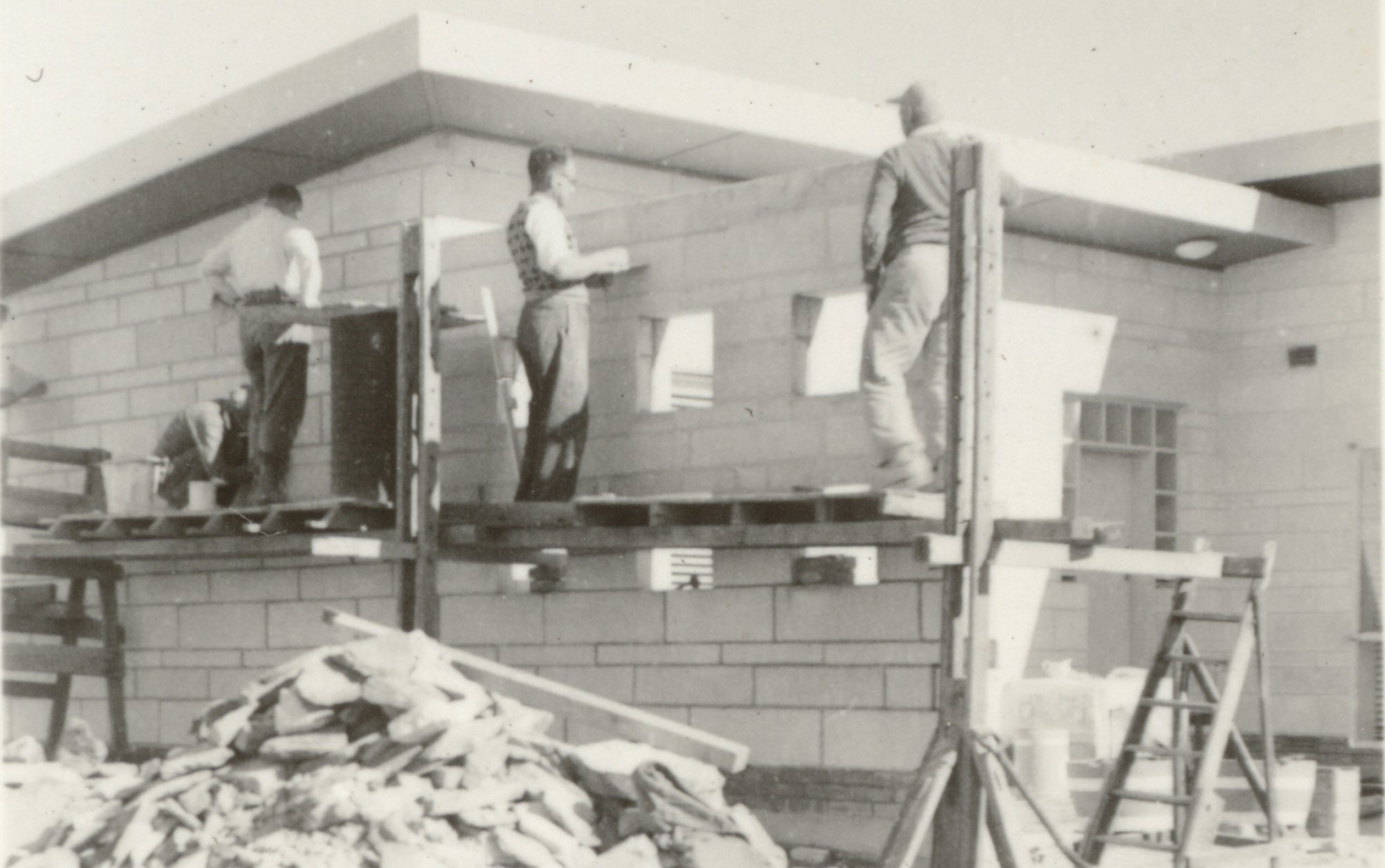 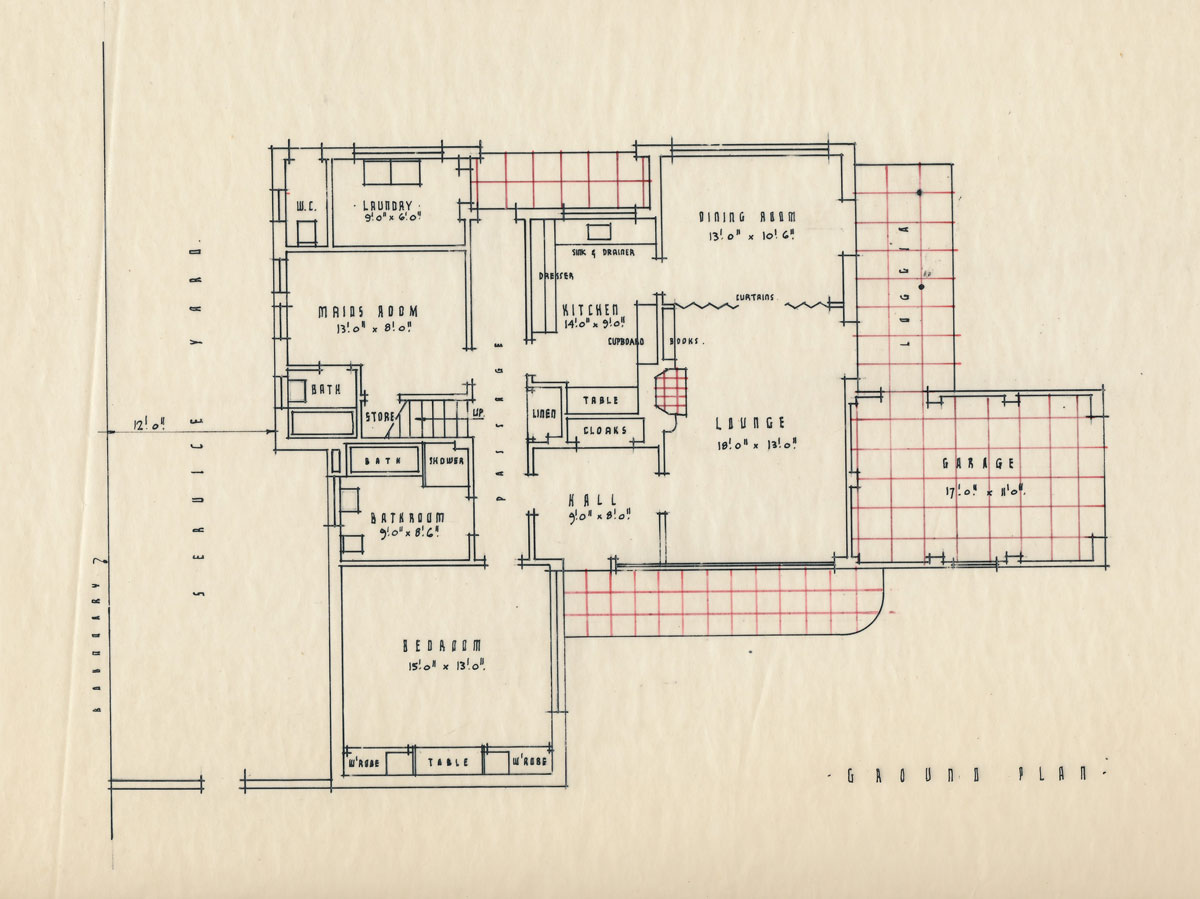