“We produce work that’s real, it’s raw and it’s always unexpected,” artistic director Michelle Ryan says in a recent Restless Dance Theatre video. “Our dancers are charismatic – they live in the moment when they’re on stage.”

Resilient is another word that describes both the artists and the organisation, which has grown from humble beginnings into a leading light in the national performing arts scene and will celebrate its 30th anniversary with an evening of theatre, dance, film and live music this month at The Lab.

The Restless story began in November 1991 at Carclew (then Carclew Youth Arts). Restless was the name given to a series of workshops exploring the relationship between dance and voice, which UK dance artist Sally Chance – Restless’s founding artistic director – combined with a group of young people with disability with whom she was working.

Restless presented its first show at the 1992 Adelaide Fringe: a double bill with Carclew youth choir Before You Were Blonde. Running a youth ensemble for young dancers with and without disability, as well as a workshop program, it continued to operate through Carclew until the late 1990s, after which it moved between several different premises before arriving at its current home in Gilles Street. 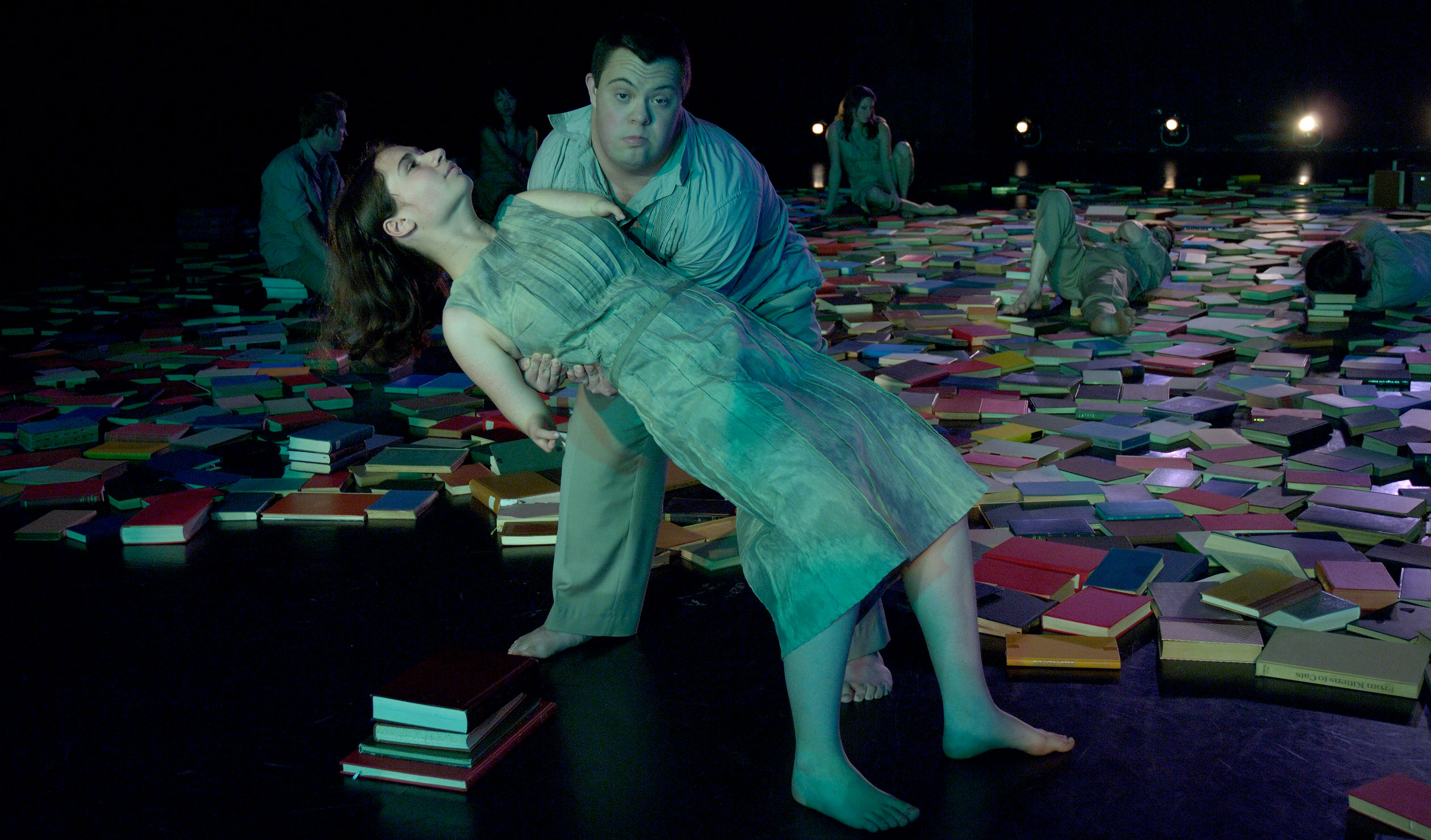 While Restless’s youth ensemble presented one or two major productions annually and did some local and interstate tours in those earlier years, including taking the work Precious to the Sydney 2000 Paralympic Cultural Festival, its profile has grown significantly over the past two decades – especially since Ryan took over the reins in 2013.

“One of my goals was to get into the Adelaide Festival, and we’ve now been in it three times in five years,” she tells InReview of the company, which works with dancers with and without disability.

“Another thing was to tour, and we’ve been to the Gold Coast for the Commonwealth Games, we’ve been to Seoul, we’ve taken people to the UK, and we’ve also got these international collaborations happening.

“But the other main thing ­– the very, very important thing – was to get our dancers as paid professionals and to create freer pathways for them.” 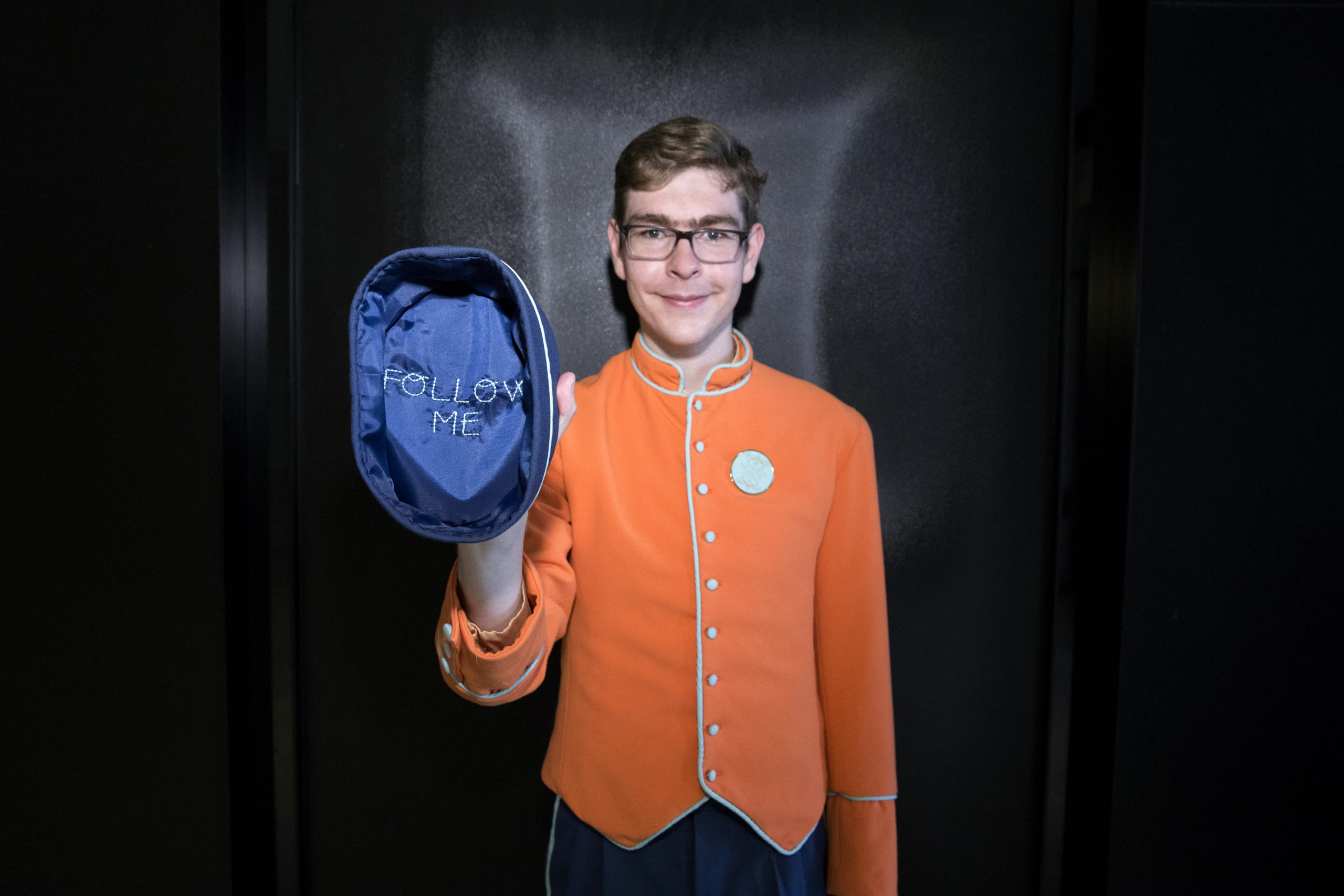 Ryan has a distinguished career herself as a dancer, starting out with celebrated choreographer Meryl Tankard’s company in Canberra, then performing with Australian Dance Theatre for almost seven years; she was working as Tankard’s assistant in Europe when she was diagnosed with MS in 2001. In a recent SALIFE profile, she said that moving back to Adelaide to become artistic director of Restless was an opportunity to combine her experience as a professional dancer and creator with her professional and lived experience of disability.

“I think it’s the unique performers that we have and the increase in representation on stage becoming an important part of our culture,” Ryan says, when asked the key to Restless’s success and longevity.

“The appreciation of our artists has been increasing over those years, and also we’ve invested quite a lot of time into developing the dancers as artists and I think they are at a point now where they really shine on the mainstream stage.”

Some of those dancers have been with Restless for many years, with one of the longest-serving being Jianna Georgiou, who joined the Restless Youth Ensemble in 2006. Georgiou won the Frank Ford Memorial Young Achiever Award at the 2020 Ruby Awards and is also a 2021 nominee for a star on the Adelaide Festival Centre’s Walk of Fame.

Ryan’s working process means that the dancers are fully involved in the creative development of works brought to the stage. She says they bring something different to the dance landscape, “where dance is usually seen as being about perfection in both body and technique”.

“There’s something very strong about showing vulnerability on stage – vulnerability but still strength. There is both within our performers.”

Today, Restless operates through several different branches and programs, including what is known as The Company ­(a core group of advanced dancers), Impulse (previously the Youth Ensemble), Junction (ongoing training for dancers over 26 who have performed in a Restless work) and a two-pronged workshops program.

In the past decade it has performed work everywhere from the Hilton Hotel to the Art Gallery of SA and Kingpin Norwood, with highlights including In the Balance (performed at the 2016 Adelaide Cabaret Festival with The Audreys, with whom they also filmed a music video), 2017 Adelaide Festival show Intimate Space, the Tankard-directed work Zizanie, last year’s immersive experience Seeing Through Darkness, and 2021 Adelaide Festival show Guttered.

It was after the Ruby Award-winning and Helpmann-nominated Intimate Space that Restless evolved its model so it could pay full rates to its core group of dancers. “By increasing their training and their skill level, especially over the last three years, they really have blossomed and grown,” Ryan says.

The biggest challenge Restless has faced in recent times was the shock loss last year of its multi-year federal funding through the Australia Council. However, the company was buoyed by the huge public response to a subsequent fundraising campaign, and has also secured project support through other public programs, including the Federal Government’s Restart Investment to Sustain and Expand (RISE) grants. 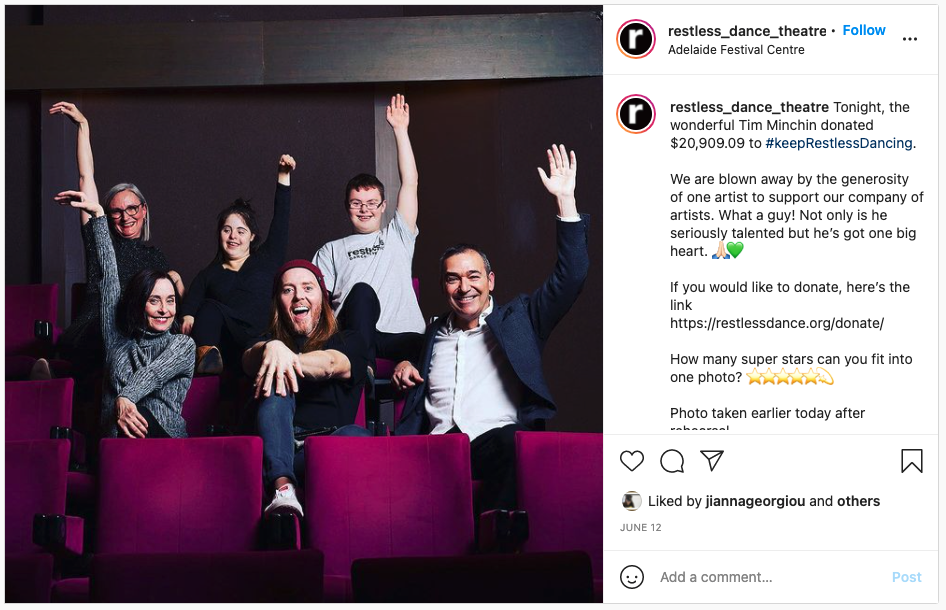 Musician Tim Minchin is among Restless Dance Theatre’s many supporters.

One of the Restless projects supported through the RISE grant is Écoute Pour Voir (Listen to See), which is the result of a collaboration with a Canadian choreographer and company, and was originally to have been presented with four Canadian dancers and four Australian dancers until the pandemic halted international travel. The one-on-one work was performed as part of the DreamBIG Festival this year and will also be part of WOMADelaide in March 2022, when Restless makes its debut at the world music festival in Botanic Park.

“We will be having nine Restless dancers and we’re using all South Australian music as part of our performance,” Ryan explains. “Basically, a dancer has headphones and an MP3 player, they give a set of headphones to an audience member and they perform a solo just for that person… it’s a very special moment for that one audience member.”

The following month, Restless will premiere its major new work, Exposed, at the Adelaide Festival Centre’s Space Theatre. Featuring a score by musicians Hilary Kleinig and Emily Tulloch and lighting by Geoff Cobham, it is an exploration of vulnerability, uncertainty and risk.

Two excerpts from Exposed will be performed live by Restless dancers at the company’s 30th anniversary celebration at performance venue The Lab in Light Square on November 24. The event will also include a live performance of Seeing Through Darkness, a digitally crafted display of Restless works from 1991 through to 2021 presented with a live score by Tulloch, and a screening and live excerpt of another new work-in-development, Correlation.

Correlation is the result of an international collaboration involving Ryan, Korean composer Sngkn Kim and eight dancers with and without disability from Korea and Restless. It builds on relationships formed when the company travelled to the Seoul Street Arts Festival with Intimate Space in 2019.

“It was created over Zoom and shows that you can still continue international collaborations even in a time where you can’t get face-to-face,” Ryan says of the work, which it is hoped will be presented in Korea in 2022 and Adelaide the following year. 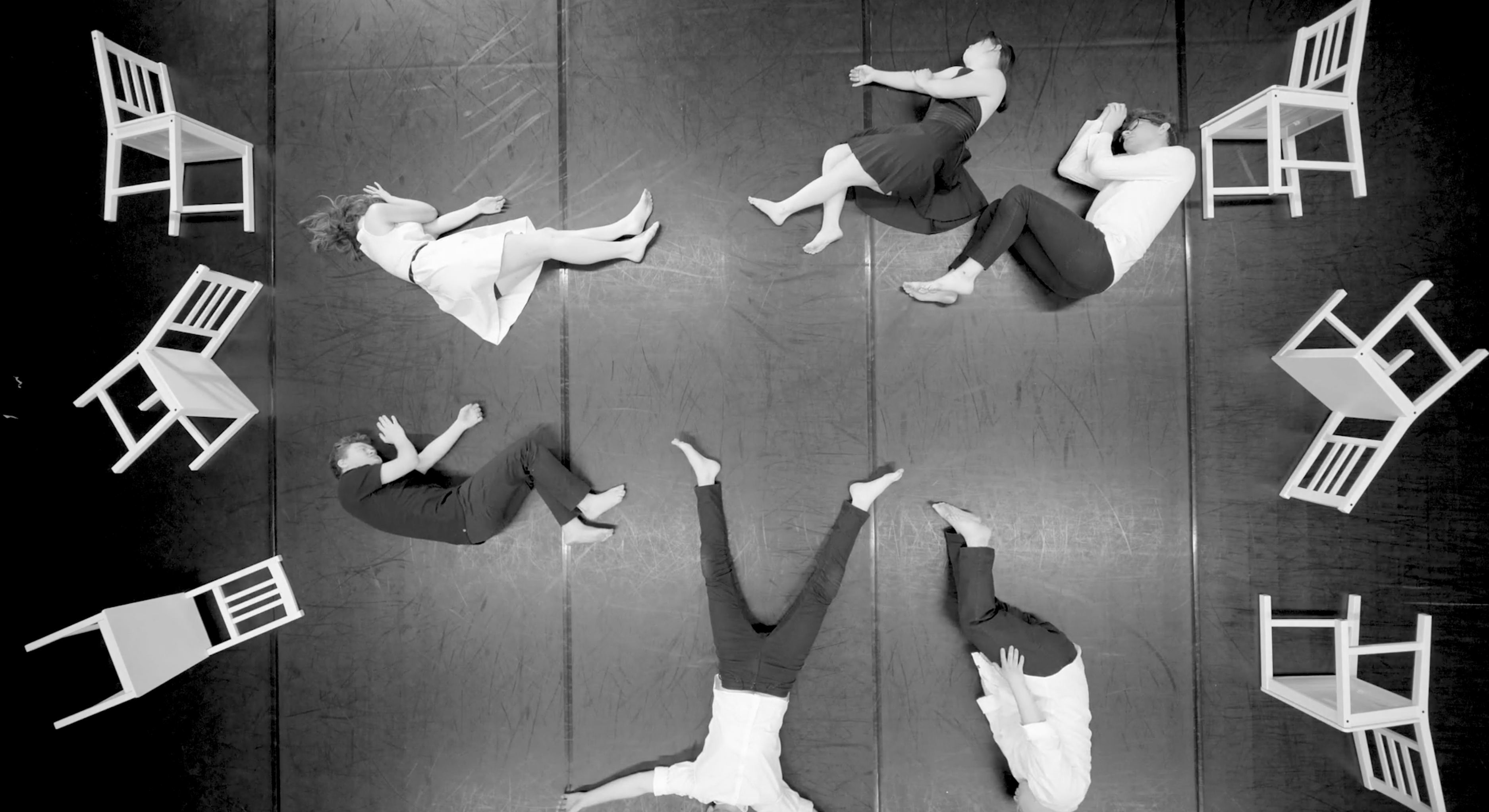 New dance work Correlation will be a cross-cultural celebration of diversity.

If that isn’t enough to keep the company busy, it also has a new work in development with Adelaide-based Patch Theatre which will premiere next year and introduce performers with disability to a young audience aged around four to eight.

As it moves into its next phase, Ryan says Restless will seek to extend its reach and the breadth of its projects through live performance, film, digital work and site-specific experiences: “The broader community that we can get to, the better.”

It’s a sentiment echoed by patron Robyn Archer in the company’s video: “I think the more people that can see Restless and what it does, the better,” she says. “When you see a company like Restless, you go to the core, to the heart of the human spirit, and it’s almost always with a sense of admiration, of wonder, of awe.”

Restless Dance Theatre will celebrate its 30th anniversary with an evening of dance, theatre, film and live music at The Lab on November 24, with two performances at 6pm and 8pm. Details here.