Is there a better way to start a show than by being shown to your seat by a waiter with Champagne in hand ready to fill your glass?

The Adelaide Festival Centre’s Space Theatre has been transformed into the lobby of a French hotel and in the moments before it all begins, it’s a luxury to be immersed in the flittering about.

This is the domain of the people-watcher. Performers engage in their own little vignettes; there’s the feet of the hotel’s maintenance man poking out from beneath the stage, guests are checking in and the concierge goes about his job.

It’s just as enticing to look on at all the other tables as it is to watch the revolving door of characters inhabiting the stage and floor. The dress code is black tie, and the audience hasn’t disappointed. 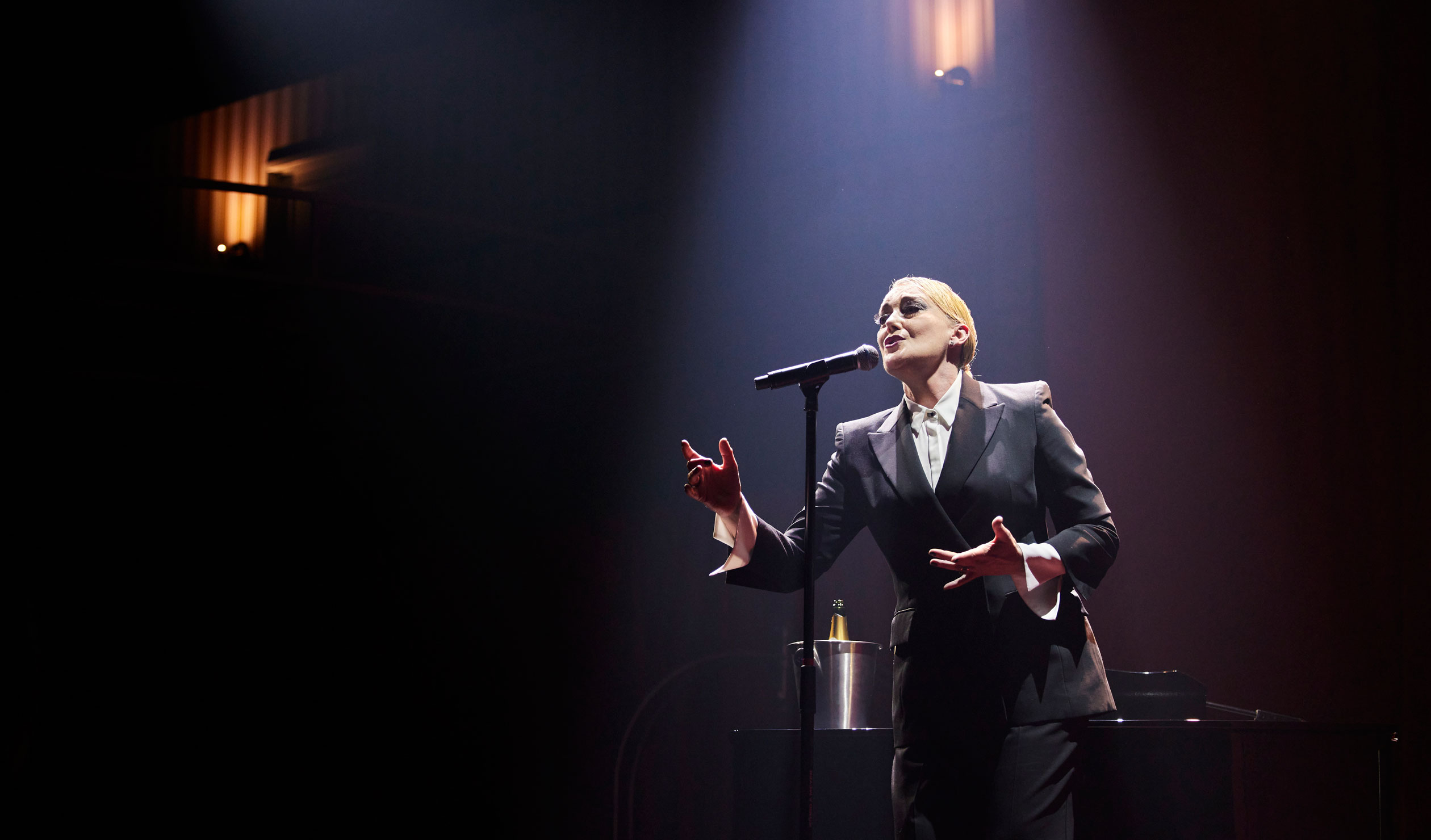 L’Hotel makes impressive use of the Space Theatre – the mezzanine’s balcony is lined with bar tables seating intimate couplings, while there’s the expected cabaret-style seating below.

As everyone chatters among themselves, enjoying the French funk tunes, the waiters blur the lines between performers and staff, breaking out into choreographed moves. Those with a keen eye will recognise cotton candy-haired Cabaret Festival mainstay Peta-Anne Louth among them.

Between wiping tables and pouring drinks, the servers move as cogs in L’Hotel’s finely-tuned machine, synchronising their movements. It’s especially impressive to watch from above.

Once everyone has fulfilled voyeuristic tendencies, the waiters sweep the room to remove the mood lighting, ready for the intensity to increase.

The performances are risqué and debaucherous – think dancing in a water-filled hotel bath – but the shock and nudity factors are secondary to the talent.

Russian contemporary circus artist Masha Terentieva designed and franchised the aerial hotel cart, performing with it around the world. There’s nothing quite like seeing a concierge’s cart, suspended and spinning above the audience, while Terentieva flings herself all over it.

Brendan Maclean, from Adelaide Fringe hit Velvet, slows things down with a breathtaking ballad, then speeds it right up again as things move up-tempo to round out the night. The songs are beautiful, the aerial work is astonishing and you never quite know where it’s going next.

As our very friendly waiter remarks: “It’s L’Hotel, anything can happen!”

L’Hotel is on until June 30 at the Space Theatre as part of the 2021 Adelaide Cabaret Festival.

Your views: on religion and politics, timber shortage and BASS takeover