It’s that time again, the wintry middle of June and the Festival Centre opens up its venues (plus The Famous Spiegeltent) for 16 nights of music, comedy and dysfunctional frolic. The Variety Gala, an institution since the festival began, not only lines up samples from various shows, it gives the punters a chance to tizzy up and strut the red carpet themselves. 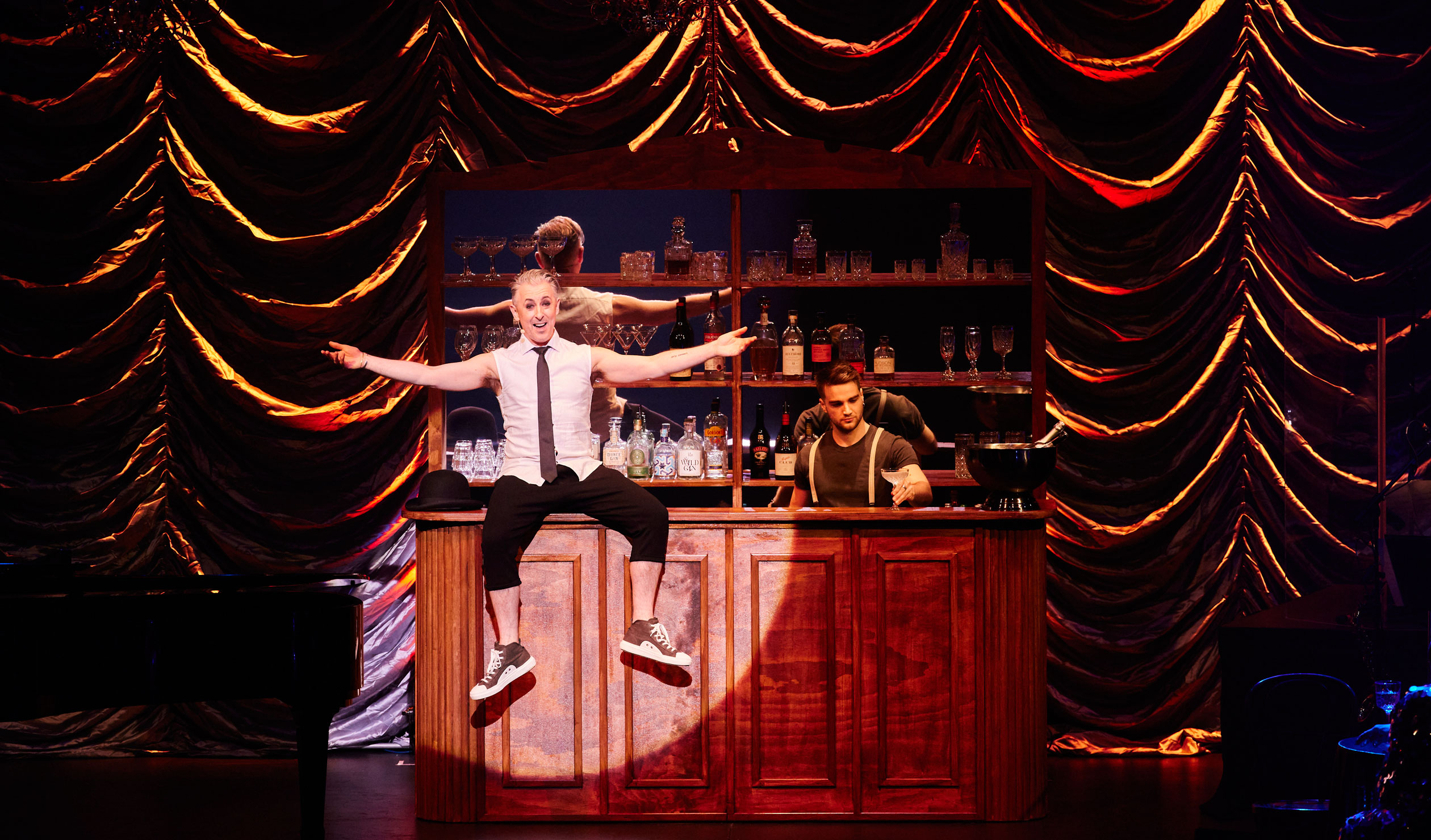 With a scalloped satin curtain, saturated with iridescent lighting along the back and a fully stocked bar with drinks at the centre, the stage features musical director Mark Simeon Ferguson at the Steinway, surrounded by his excellent seven-piece band. Seated downstage at groups of tables on each side are the performers waiting to step up.

“Liza Minnelli” gets a Bronx accent for her version of “On Broadway” concocted by the versatile Trevor Ashley, who skilfully mixes parody and pastiche – as he does later when he returns with Grizabella’s “Memories” from Cats. Magician James Galea sings “Are All Magicians Gay?” from his show Poof! Secrets of a Magician and on the video screen performs his amazing card trick (with 10 million YouTube clicks) 673 King Street.

Torch singer Mama Alto delivers a smoky version of “Round Midnight” and a less convincing “The First Time Ever I Saw Your Face”, while the deadpan Dutch singer Jan van de Stool, from Woy Woy NSW, sings “Let it Go” from Frozen, while also impressively channelling a wicked version of “Defying Gravity”. Comedian Steph Tisdell riffs on white guilt, but flounders on a singing improv with audience input, and the Sisters of Invention, part of Tutti Arts, sing their special girl pop “Birds of a Feather, we stick together” from their not-to-be-missed show You Ready For This?

H.M. The Queen arrives to open the Festival courtesy of Gerry Connolly, in white frock and tiara. She peels off her COVID mask before reading her speech. “I can’t talk properly,” she says, “wearing my late husband’s jockstrap.” It is a droll turn. “I was lucky to get into this country since I’m not a cricket team.” 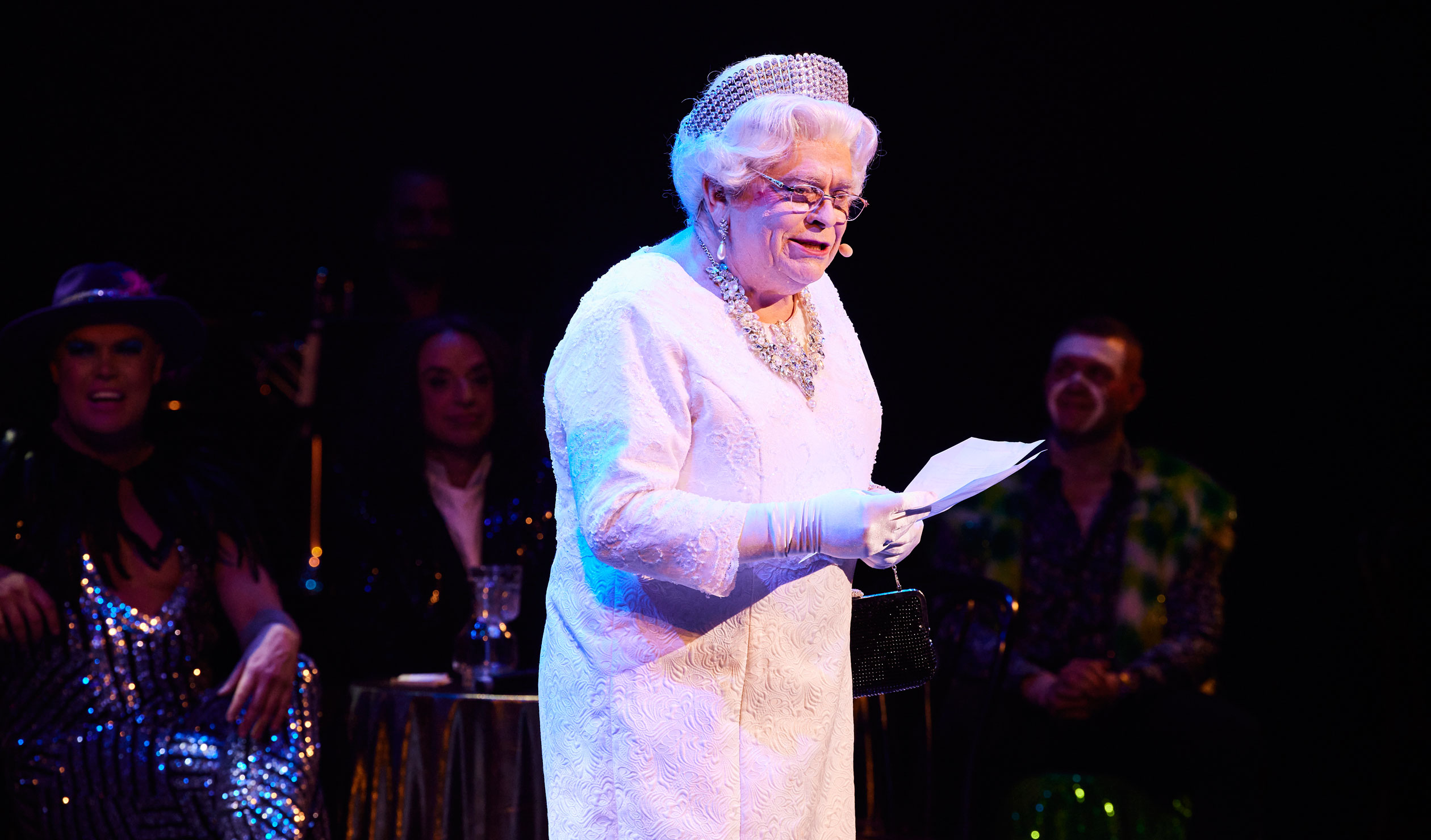 Local singer Michael Griffiths turns the Eurythmics’ “Thorn in My Side” into a singalong, with a terrific sax solo from the band, and Brendan Maclean from the festival show L’Hotel sings “People, I’ve Been Sad” from French singer Christine and the Queens.

After getting over his surprise at being awarded the Cabaret Icon Award, Paul Capsis takes Amy to the Winehouse with a knock-out version of “Back to Black”. His ponderous reading of John Lennon’s “Imagine” near the end of the show is less successful. New York singer Amber Martin arrives directly from performing her show Bathtime Bette and sings the Midler standard “Friends” and a new song, “Bermuda”. 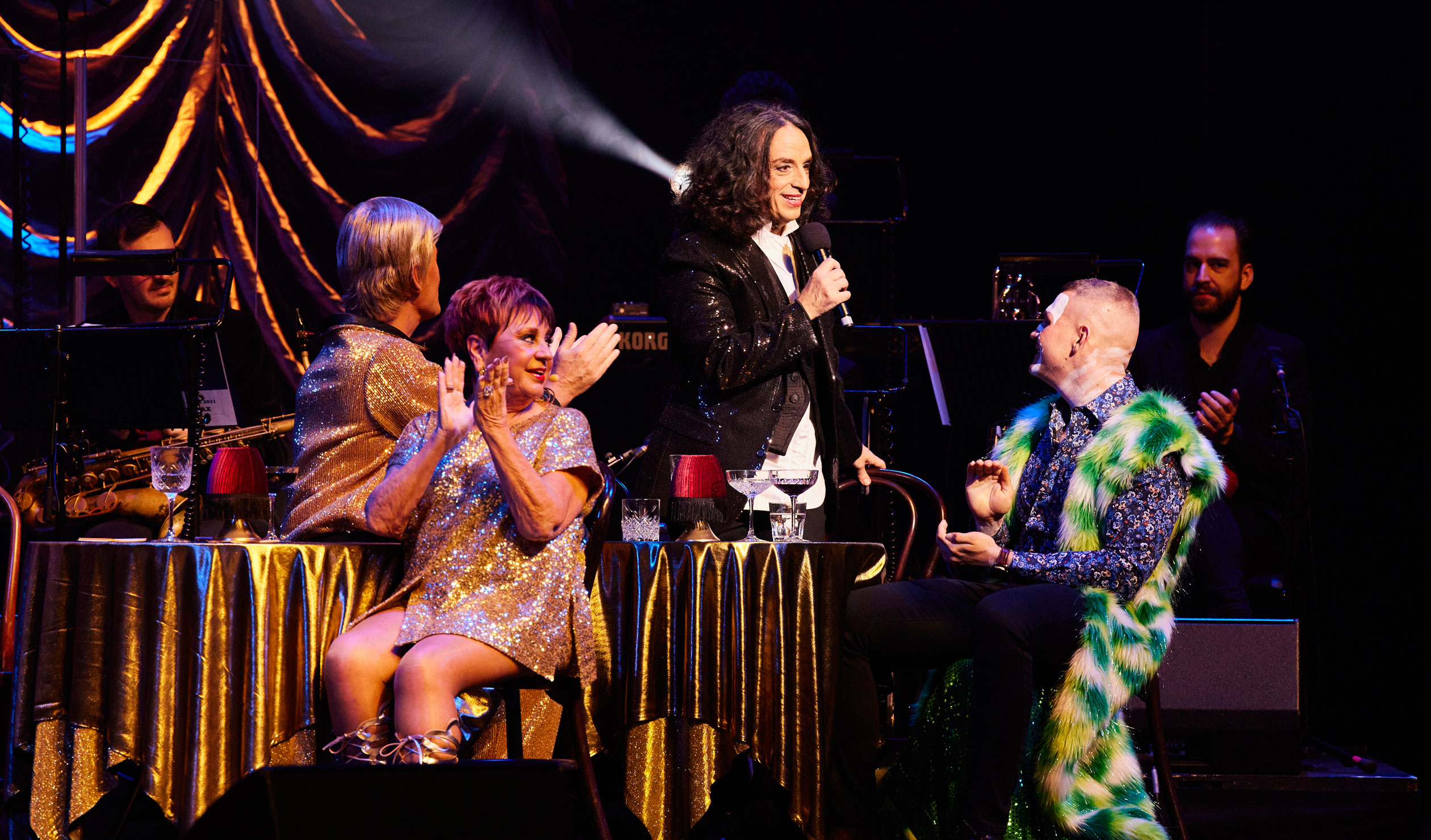 Highlights include Tim Minchin’s spellbinding performance, barefoot at the piano, of “I’ll Take Lonely Tonight”, an excellent song peerlessly interpreted, and the excellent Meow Meow – on Zoom in Melbourne and in synch with Ferguson and the band – presents Laurie Anderson’s updated Hansel and Gretel, “The Dream Before”. Spiegeltent regulars Bob Down and Anne “Willsy” Wills, decked out in gold-spangled leisure wear and singing the Everly Brothers’ “Walk Right Back”, also strike a chord.

This year’s Gala was a crowd-pleaser but more ramshackle than some. No doubt, with more rehearsal, director Mitchell Butel could have ensured a better pace and rhythm to what was a long and uneven night. Hans loomed large in his Tyrol hat and preposterously sparkly outfits, lost track of his MC duties at times, but endeared himself to the hometown crowd. When it was time for the finale – “Am I Ever Gonna See Your Face Again?” ­– the famous riposte that followed the Angels wherever they played was as true as ever. No Way. F-Off. Go Home. Another Gala done and fairy dusted. 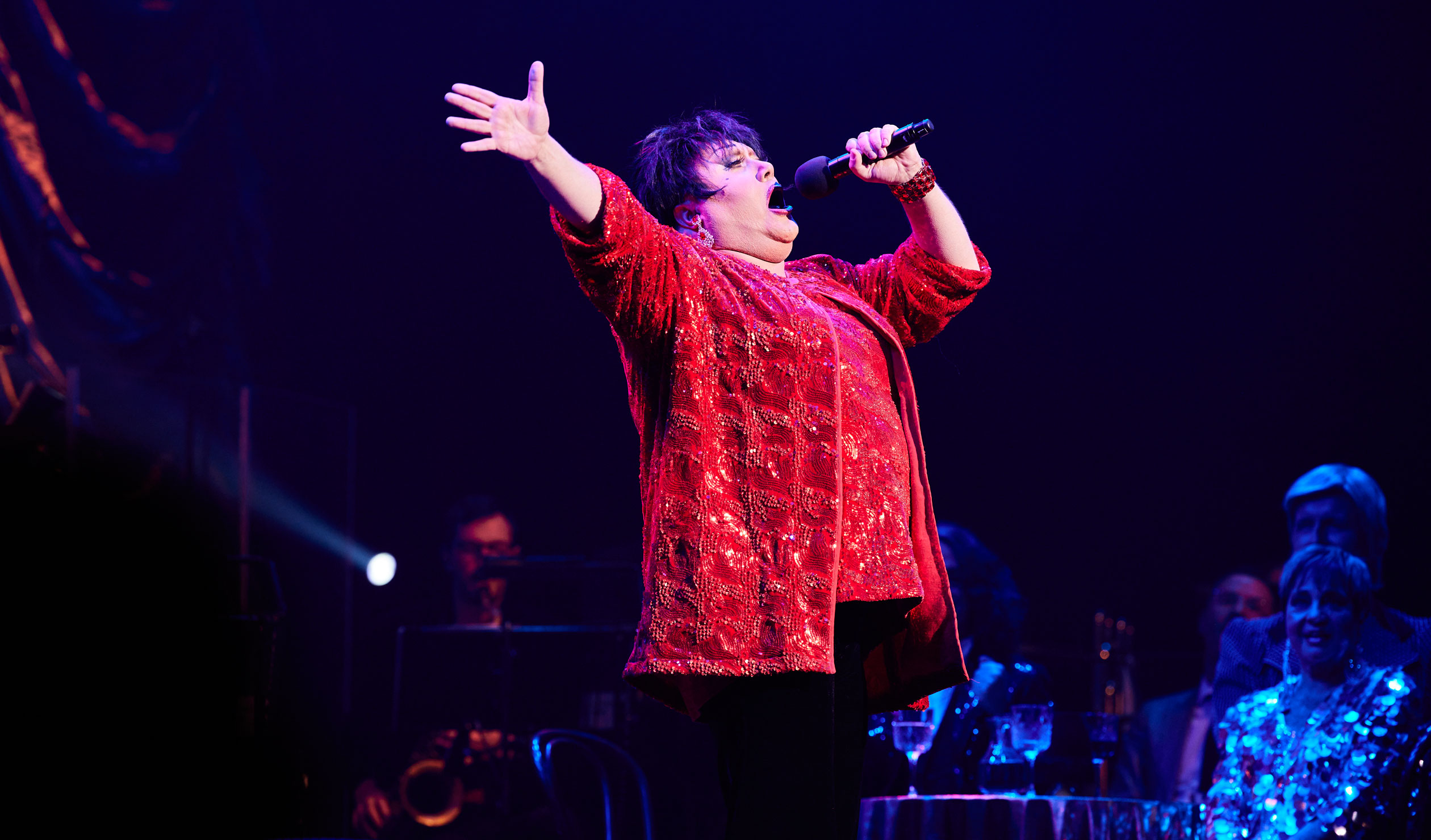