Cabaret Festival artistic director Julia Zemiro was to have presented her second and final program next month, but the Adelaide Festival Centre was forced to cancel the physical event due to the coronavirus crisis.

Instead, it announced today that the 20th anniversary of the festival will be celebrated online from June 5-20 with a curated collection of video clips from artists who were to have featured in the 2020 program.

Zemiro – who is also returning to TV screens this Wednesday with a new series of her ABC show Julia Zemiro’s Home Delivery – says that while it would be impossible to re-create the program planned for the 2020 festival, her team didn’t want to leave “an empty space”.

“So, this June we will be joining you at home on what will be the 20th anniversary of Adelaide Cabaret Festival – an incredible achievement!

“We hope you are entertained and find laughter and playful moments through our online platform, so grab a glass of champagne, pop on some sparkles and heels, and enjoy cabaret on your couch.”

The Cabaret Festival traditionally opens with a glittering variety gala, which in 2020 was to have been co-hosted by Zemiro and former festival artistic director David Campbell. Ebony Bott, the AFC’s creative director, cabaret and commercial, says the Bite-Sized & Home Delivered opening night song, which will go live on social media on June 5, is a nod to this tradition.

Each of the 11 participating singers – including Campbell, Ali McGregor, Kate Ceberano, The Book of Mormon’s Bert LaBonte and Adelaide cabaret favourite Libby O’Donovan –   have recorded their pieces at home in isolation, with the performances then mixed together for the final number. With the exception of Ceberano, who was to have been on tour in June, all the artists were scheduled to take part in the 2020 variety gala.

“We wanted it to be a reflection of the time that this has been, but also a coming together,” Bott says of the song, which is still under wraps.

“A lot of this pivot we’ve had to do is thinking about our Cabaret Festival and the artists and trying to keep the spirit of the festival alive, and I think this song does that.” 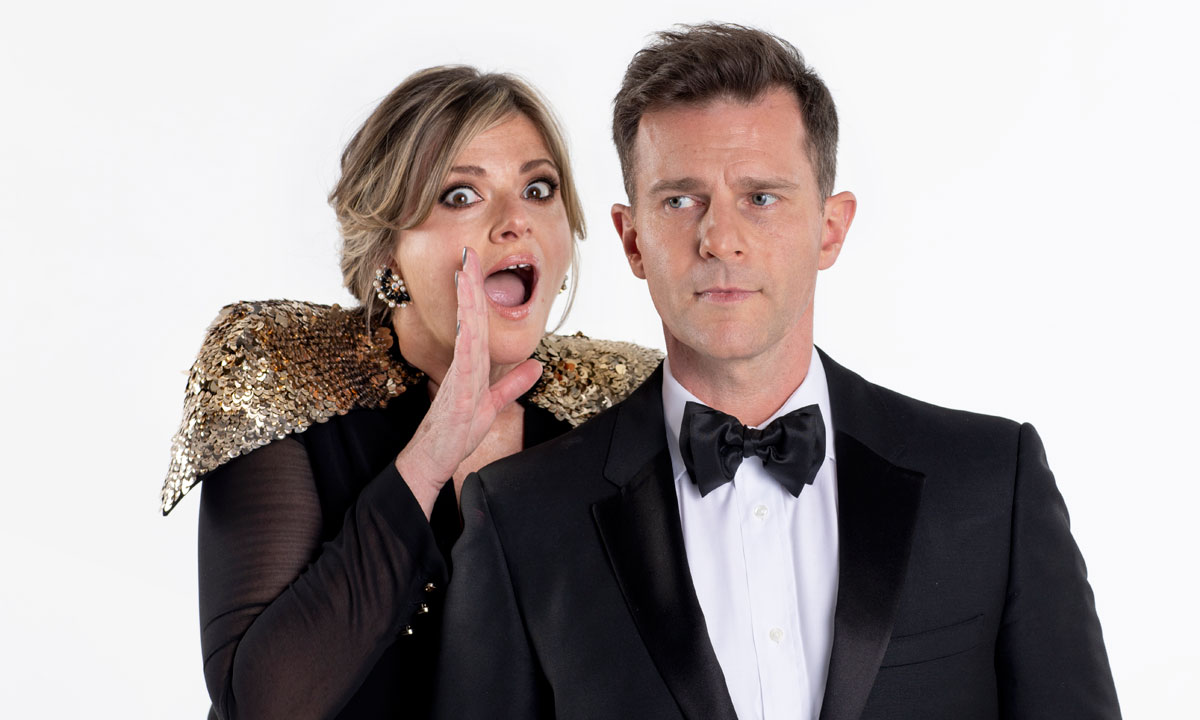 Fresh content will be uploaded to social media throughout the rest of the digital festival, including memorabilia from the past 20 years and stories, snippets and songs recorded by artists while in isolation. Viewers will be guided through the experience by Franky & Franky (Sam McMahon and Nicci Wilks), who hosted the Sassy QBE Cabaret Lounge at last year’s Cabaret Festival.

Bott says the artist clips are each around 60 seconds and feature a mixture of content, ranging from “songs that raise the hair on your arms” to comedic pieces by the likes of Frenchman Marcel Lucont and magician James Galea.

“We wanted to be able to look back on it and say it was pithy, clever and relevant to this time,” Bott says. “It’s a beautiful mix.”

Tune in for bite-sized cabaret from 6pm on Friday, June 5, on the Adelaide Cabaret Festival Facebook page. Clips will be posted from June 5-7 and then at 6pm every Wednesday, Thursday, Friday and Saturday until June 20.

In a flashback to pre-COVID-19 times, CityMag has shared its interview with Julia Zemiro from November, when the Cabaret Festival announced a selection of early-release shows for its planned 2020 program.