Three women — writer and singer Helen Yotis Patterson with Maria Mercedes and Artemis Ioannides — present a series of brief narratives, each as a new character, illustrating the recognisable situations of girls and young women migrating to Australia.

It’s not all pretty. In fact, the overall tenor is of difficulty in adjusting and a profound sense of mourning one’s connection to a lost home and former identity.

Individual first-person tales about arranged marriage, grappling with the English language, and the clash between traditional conservative values and more liberal ones in a new country all combine in economic depictions to create empathy for those who were newcomers.

Many women had little or no choice about coming to Australia. The lack of a dowry was often why they might be sent away to sometimes badly matched and much older partners in this country, escalating the testing nature of their unfamiliar environment.

Taxithi’s script directly addresses life under fascism in Greece, including jailing, torture and disappearances. That experience and fear of it continuing were key factors in decisions to leave Greece, often at enormous cost. A closing reference to the wider issue of more recent immigrant waves aptly alludes, though quietly, to refugees from elsewhere.

We are reminded of the profound impact that the Greek diaspora has had on Australian culture through references to setting up new businesses and through efforts to blend with the way of life they discovered.

The stories alternate with songs delivered by strong voices in beautiful harmony, often from the traditional Rembetika. While subtitles would have been useful, perhaps just to indicate the opening words, the emotional effect was undoubted. 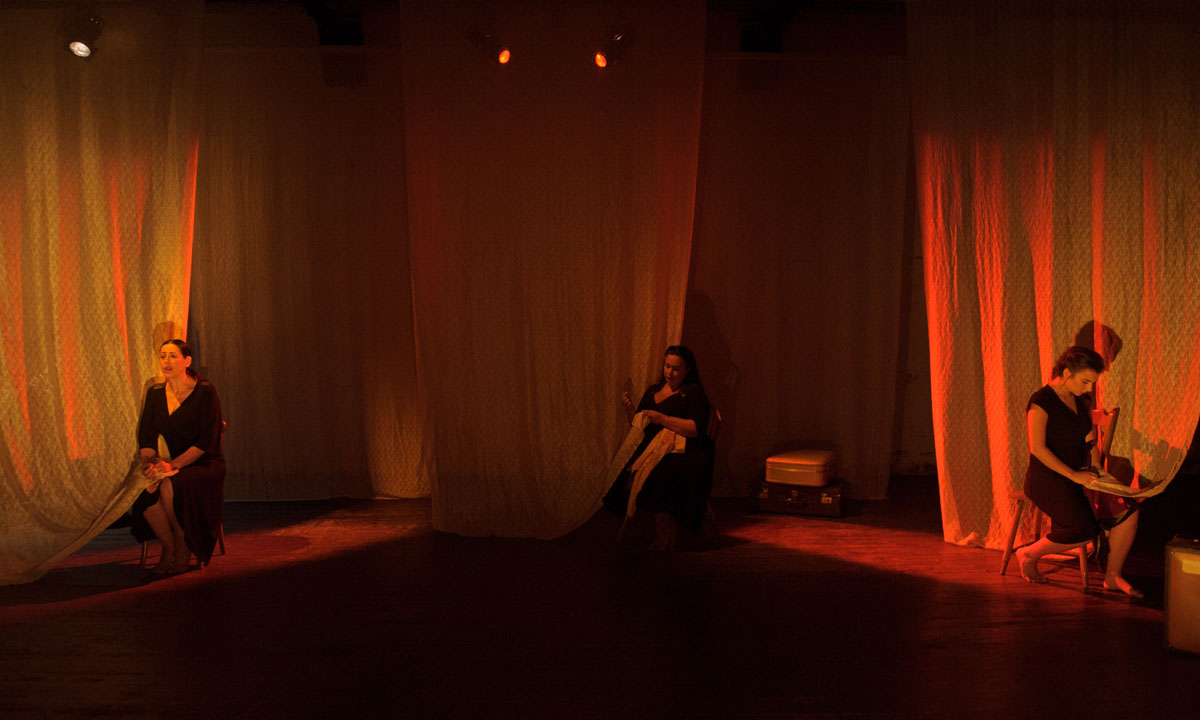 For the Greek-speaking members of the enthusiastic audience (my partner, for one), it was a chance to quietly sing along to some Theodorakis and the island song “Tzivaeri”, which is a Greek kind of “Danny Boy”, sweet and wistful. Here it was modified a little with some effective dissonance, indicating a willingness to adapt old to new. Musical director and pianist Andrew Patterson combined with Jacob Papadopoulos on bouzouki with understated and beautiful playing.

The staging and costumes are simple and effective — three black dresses, gauzy drapes, a suitcase, a couple of chairs. They allow the focus to remain on the stories and voices in a performance that raises issues of assimilation and pride, tears and some joy.

One character asks: “Have we made Australia worse?” It’s a question we might ponder, whether as new arrivals or as people receiving them. In Taxithi, we can muse on it to music.

Taxithi – an Australian Odyssey was presented at the Space Theatre as part of the Adelaide Cabaret Festival. See all InDaily’s Cabaret Festival stories and reviews here.