Helen Dallimore sends bells banging as Judy Garland in a last-dash effort to revive a “vaudeville” career at the end of the 1960s. One would think Garland’s name was enough, but apparently promoters want her to perform, which proves tricky with all of the pills she’s taking.

End of the Rainbow – presented by the State Theatre Company of SA – sees her checking into the Ritz Hotel with her soon-to-be fifth husband Mickey Deans (Nic English), who has a plan to keep her sober but eventually succumbs to “whatever works”.

Garland is booked to give the performance of her life for five weeks straight. That might prove too much for most people, but this is the Judy Garland; although every night she says, during intermission, that she just can’t go on, she does.

Her long-time accompanist, played by Stephen Sheehan with a gentleness and skill that any director would love to bottle, supports her beyond the keyboard but it’s not enough. Garland is bent on destruction and we’re the audience that’s going to watch her crash.

Staged at the Royalty Theatre on Angas Street, End of the Rainbow has a “bigger than this” feel to it. Dallimore’s vocals are fit to burst through the old walls and her acting makes you do a double-take: is this the West End in London?

The musical had a stint there after debuting in Sydney’s Opera House in 2005, as well as a six-month run on Broadway (look out for Renée Zellweger playing Judy in a film based on the play later this year), but this is State Theatre Company resident artist Elena Carapetis’s directorial debut – and she’s nailed it. 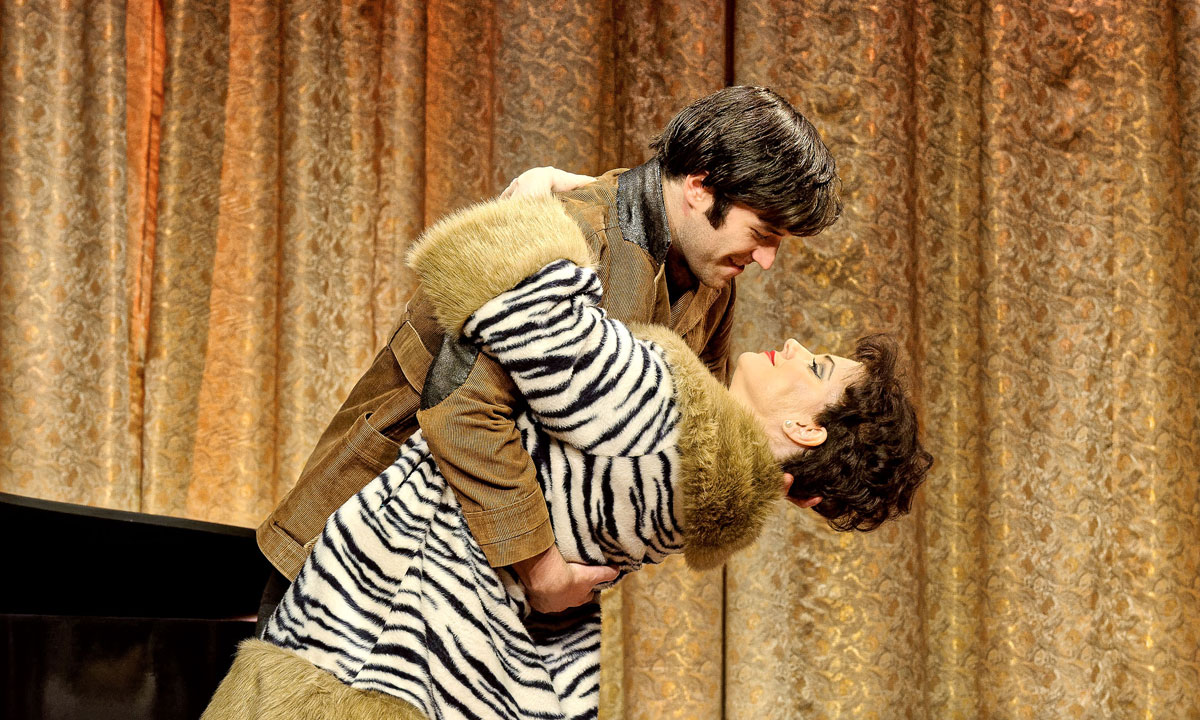 Nic English and Helen Dallimore in End of the Rainbow. Photo: Chris Herzfeld

End of the Rainbow is full of humour and heartbreak – that winning combination – and the acting is incomparable.

The tragedy of Garland’s final performances avoids the sentimental and hits a realistic chord. It was a messy time but let’s not forget that she was a professional. I laughed and I cried and I could pull out a string of clichés, especially about Dallimore’s performance, but I don’t want to cheapen the experience in any way.

Let’s just say that there are a lot of exciting tickets to be had at this year’s Adelaide Cabaret Festival, and End of the Rainbow is definitely one of them.