Renowned as a sly grog and cocaine dealer who was involved with a network of gangsters from the 1920 to the 1940s, Kate Leigh ­– described as a “crime entrepreneur” in the Australian Dictionary of Biography – was the rival of brothel madam Tilly Devine.

The pair were both depicted in the TV series Underbelly: Razor, but one of the reasons O’Donovan says she wanted to write a show about Leigh is that she is generally less well-known.

“Tilly was pushed forward as the more glamorous of the two,” she tells InDaily.

“Sex sells and she was a brothel madam – that’s how she became famous.

“Kate Leigh was fascinating in the sense that she made so much money selling sly grog from her little apartment and she wore furs and diamonds just like Tilly Devine, but she never drank a drop herself.”

O’Donovan, a Cabaret Festival favourite who has been involved in the event in some capacity every year since it began, will present her 60-minute show with a band at the Adelaide Festival Centre’s Space Theatre from June 15-17.

It will comprise around a dozen songs inspired by aspects of Leigh’s life, from her romantic relationships and her role as a single mum, to her criminal activities, numerous court cases (she served 13 jail terms) and sly grog business.

“It’s kind of a great base for a rollicking 1920s backyard smoky den of crime and good times. That’s what I want to create, anyway,” O’Donovan says. 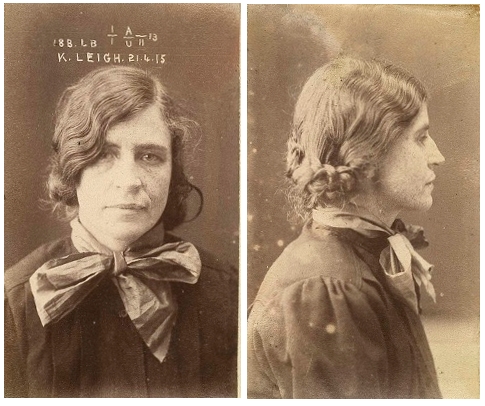 An early photo of Kate Leigh.

The performer has always had an interest in prominent female figures in Australia’s history, and says an intriguing aspect of Kate Leigh was the two different sides of her character.

After reportedly enduring a tough childhood growing up as the youngest of eight children in the New South Wales town of Dubbo, she was sent to the Parramatta Industrial School for Girls at just 12 and was already getting into trouble with the law from her late teens.

Described as an “astute businesswoman”, she managed to make plenty of money through her criminal activities, reportedly operating more than 30 sly-grog hotels in inner Sydney during her heyday. But although she was linked to a network of violent gangsters and charged by police more than 100 times, she was seen by many as a kind of benevolent figure.

“She was so despised by the authorities, yet in her own community she was greatly loved,” O’Donovan says.

“The whole street was impoverished and living in the slums of Sydney, and she would throw these Christmas parties and the kids would get a present… she would be giving out gifts to the children that perhaps didn’t have any.” 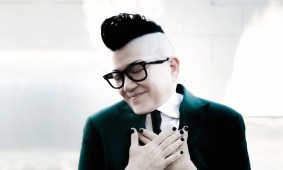 O’Donovan says the show’s set and costuming will “reflect the kind of murky dark era of the [Sydney] Rocks in the 1920s, which wasn’t full of beautiful sparkly colour, apart from Kate Leigh herself wearing diamonds”.

The band will have what O’Donovan describes as a “sexy jazz vibe”, with musicians playing a HonkyTonk Upright Piano and various brass instruments.

“I definitely want people to walk away feeling like they’ve discovered something about Kate Leigh that they didn’t know or that they will always remember.

“I want them to go away humming a couple of the tunes – to have that feel-good feeling, as well as a few laughs and [an appreciation of] the more poignant side of it.”

The Adelaide Cabaret Festival will run from June 8-23.