Even with a 22-year-old, technically grown-up son, I spend too much of my time thinking about whether I’m a good mother, or beating myself up for the things I’ve done wrong. One mark of shame is the time he told me that when I worked Wednesday evenings in a bookshop down the road from our house, when he was a teenager and I was a single mum, he would, instead of heating up the dinners I left for him, eat Cheezels in the bath. And, yes (more self-recrimination), I’m sure that sometimes the “dinner” I left was an instruction to make himself eggs on toast.

Why am I telling you this? Well, hopefully I’ve made some of the mothers out there feel slightly better about themselves. But this is also an introduction to my recommendations for Mother’s Day reads, which are mostly about “bad” (or at least flawed) mothers of one sort or another. 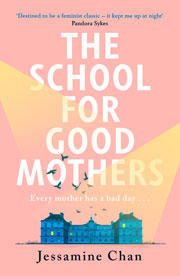 The School for Good Mothers by Jessamine Chan (Hutchinson) is a gripping dystopian story that plays on exactly the kind of fears and regrets I just confessed to – and takes the social policing of parenting to the extreme. But what makes it especially good is that it works on a variety of levels: rather than simply suggesting we all cut each other some slack, it illustrates that there is a line where imperfection and mistakes shade into neglect, and sensitively questions where that line lies – without coming to definitive conclusions.

The novel also asks not just what we as a society should do to protect children, but what our responsibility is for protecting the parent-child bond; whether prioritising support over punishment might do more good than our current system. Uncomfortable parallels are slyly drawn with contemporary child protection, with the novel’s portrait of the difficulties of proving responsible parenthood under surveillance – and the way disadvantage (including mental illness) makes it harder to parent.

The School for Good Mothers opens with harried single mother Frida Liu answering a police call to pick up her 18-month-old daughter, Harriet, who she’d left alone for hours while she went down the road for a coffee and respite… and then, on impulse, to her office, where she inexplicably (even to herself) sat and answered emails. A neighbour reported the child crying and alone. The police, rightly concerned, hand the child to her father (who shares custody) and his annoying-but-kind younger girlfriend while they investigate Frida, installing electronic surveillance in her house and instituting supervised visits before a court date.

Then – bombshell – Frida is sentenced to a year at parenting reform school to learn to be a “good mother”, boarding alongside others whose offences range from smothering their teenager to obvious cases of neglect. What follows is an alternately affecting and devastatingly incisive satire, with one burning question hanging over it: will Frida, and the friends she makes at the school for good mothers, get their children back at the end of the year? I can absolutely see this as a prestige Netflix series, and stayed up until 3am to find out what happened. 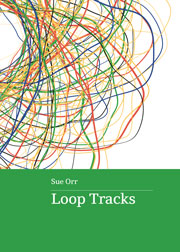 Sue Orr’s Loop Tracks (Upswell), published in Australia last month, has been highly acclaimed in New Zealand, where it’s set, and was recently longlisted for that country’s national book award for fiction. It’s more about complex motherhood than “bad” motherhood (I have too much affection for the narrator, Charlie, to label her that way), and like The School for Good Mothers, it intimately connects personal decisions and their consequences to the society and system they inhabit.

Loop Tracks opens in 1978, with 16-year-old Charlie pregnant and on a plane from Auckland to Sydney, where she will, with the help of an underground network (and her parents’ savings), get an abortion. But the plane is delayed, and an impulsive decision will change her life forever. In 2019, Charlie’s life with her autistic 19-year-old grandson Tommy (never explicitly labelled, though the author has acknowledged her character is “on the spectrum”) is disrupted when he falls in love with Jenna, who encourages him to ask questions about his father. And then, of course, comes 2020 – COVID, lockdown, and a spiral into extremist views.

Vibrant and pulsing with ideas, this absorbing novel (another I read until the wee hours) brilliantly explores how political issues like abortion, euthanasia and the rights-based arguments inherent to them play out in real lives, as opposed to abstract arguments. It’s also piercingly good on how lockdown intensified relationships, in ways both harmful and surprisingly enriching. Sue Orr has artfully created psychologically rich, believably flawed characters and relationships that I felt for and worried over long after I’d closed the pages of her big-hearted, ambitious book. 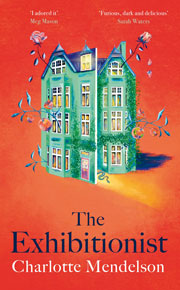 UK writer Charlotte Mendelson has been shortlisted and longlisted for the Man Booker Prize and Women’s Prize for Fiction – and The Exhibitionist, her latest novel, was longlisted for the 2002 Women’s Prize for Fiction (but didn’t make the shortlist). Meg Mason, whose magnificent Sorrow and Bliss did make the shortlist (if you’re one of the few left who haven’t read it, do yourself a favour!), joins with Sarah Waters in praise of this novel, which Waters calls “furious, dark and hilarious”.

Artist Lucia Hanrahan is reluctantly approaching the heights of her career, to the jealous derision of her egregious arsehole of a husband, Ray, who was the famous artist when they first met, but has long been out of fashion (and, frankly, unproductive and questionably talented). On the eve of Ray’s sure-to-be-comeback exhibition, the family – their three adult children, Ray’s sister’s family, Ray’s ex-wife – are coming together to celebrate him, in the vast, crumbling London house that is a source of both affection and disgust.

There’s beautiful daughter Leah, Ray’s biggest champion, mounting the exhibition; sensitive Patrick, Lucia’s son from a previous relationship, who longs to be a chef but is instead the household handyman; and youngest daughter Jess, who has escaped to Edinburgh to teach, and is returning with her fawning partner, who grew up stolidly middle-class and wildly romanticises her family. Each has their own secrets – and all will be revealed over this weekend.

The Exhibitionist, with its savage observational comedy, London art-world setting, upper-middle-class family bohemia, and delicate balance of tragedy and satire, combines elements of Brideshead Revisited, Barbara Trapido (again, if you don’t know her work, do yourself a favour) and Edward St Aubyn (though nowhere near as pitch-black as the latter, I promise). You will be infuriated, entertained, moved and occasionally gleeful. 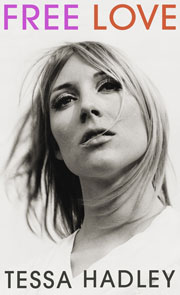 I fell in love with Tessa Hadley two years ago, when I discovered her wonderful novel Late in the Day, also set in art-world London, about two couples, best friends, whose lives are irrevocably changed when one couple divorces. Free Love (Jonathan Cape), about one woman’s sexual and intellectual awakening in 1960s London, is a delicious treat of a novel, with a series of twists so sharp, unexpected and yet completely earned that they will refuse to let you put this book down until you’ve seen them resolved. (I made my husband wait hours to watch the final stretch of Ozark on its release day last week, because I had to keep finding out what happened next. “About another half hour!” I kept yelling down the hall.)

It’s 1967 London, and Phyllis Fischer – an attractive, fashionable, arch-witted housewife – and her pleasant husband Roger, who works at the Foreign Office, have politely invited a family friend’s 20-year-old son to dinner. Upper-class bohemian Nicky, a freelance journalist who has just moved to two rooms in “a crumbling vast art nouveau palace” in a rough part of London, seems a poor match, destined to never collide with them again… until a moment of chance physical contact sparks an unlikely connection that will change all their lives. It’s not a spoiler to say that Phyllis breaks the ultimate taboo, trading a life of service to her family for an impulsive, passionate journey of self-discovery.

Hadley is an exquisite writer whose fans include Hilary Mantel, Geoff Dyer, Colm Toibin (and, yes, Meg Mason). She has the gift of bringing her characters and settings to vivid life, using visceral detail that makes me almost feel as if I could step into the pages of her books. There’s Nicky in his squalid room, writing an essay on RD Laing and keeping his milk bottle cold on the windowsill. Suburban neighbours whose house is “unlovely, without any signs of art”. Subtle layers of social place revealed in a housewife who serves pork terrine and potatoes dauphinoise to a disappointed guest expecting “home cooking” to be boiled potatoes and peas. And further, deeper social divides in an important relationship between a studious Black character living cheaply because money is tight, and white friends and neighbours lightly living in deliberate, romantic decay. I won’t reveal too much plot – but please trust me and dive in! 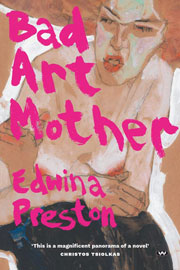 Finally, I must (while declaring a massive conflict of interest, as this book’s editor and former publisher) recommend Melbourne author Edwina Preston’s wildly original, spikily charismatic Bad Art Mother (Wakefield Press), published just in time for Mother’s Day and set in the 1960s Melbourne milieu of Georges and Mirka Mora, Joy Hester, and John and Sunday Reed. But you don’t have to take my word for it. Listen to Christos Tsiolkas instead: “I adore Edwina Preston’s Bad Art Mother,” he says. “This is a magnificent panorama of a novel, written with an assured verve, that encompasses art and feminism, love and marriage.”

Frustrated poet Veda Gray is offered a Faustian bargain when an influential childless couple invite her to exchange her son Owen (part-time) for time to write. Veda’s story unfolds through the eyes of adult Owen, now romantically involved with a feminist publisher reissuing his mother’s work, as he reflects on his boyhood in the inner-city art world where his restaurateur father was a king. As the world teeters on the brink of transformative cultural change, the women in Owen’s orbit push against gender expectations to be recognised as artists, by their intimates and the wider world. And as Owen is encouraged to “be a man”, he loses something of himself, too.

And we finish as we began. Mothers and sons, self-actualisation and responsibility, love and obligation.

My son stayed with me this Easter, visiting from Melbourne. And as we convalesced together (he inadvertently brought COVID with him), I made him cups of whisky and lemon tea and ordered us both UberEats comfort food, and we watched the latest film he’s made. He remembered how many times we had to move rental properties while he was growing up, and I told him I probably should have taken a corporate job I was once offered, so we might not have had to. “No!” he said, surprisingly vehemently, and told me he admired me doing what I love.

And while it may not be the most sensible or financially secure example of how to live, I thought of his film, and decided to take that one as a compliment.