It’s 3.30 in the afternoon, near the end of my bookshop shift. A regular customer enters from Hindley Street, yawning and sighing as she approached the counter.

“I just got out of bed,” says the customer, unfurling her limbs. “I’ve been reading all day.”

About half an hour earlier, Jason and another regular had tried to convince me to go to the Clarice Beckett exhibition at the art gallery tomorrow, at 10am, before it closes.

“Sorry, no,” I replied. “I plan to be in bed drinking coffee and reading a book then. Hopefully all day.”

“You MUST go and see it, though, Jo,” said the customer. “You MUST!” Jason nodded his agreement.

It had been one of the best kinds of bookshop conversations: starting with a book query, moving to a music reference (teasing Jason about Bob Dylan – always fun), a passionate exchange about books and authors… and finally, on her way back out to the street, landing on art, and the Clarice Beckett exhibition.

The customer was coming to pick up Stranger Care: A Memoir of Loving What Isn’t Ours (Text), the new book by Sarah Sentilles, the author of Draw Your Weapons, and a popular past Writers’ Week guest, about her (heartbreaking) experience as a foster carer. 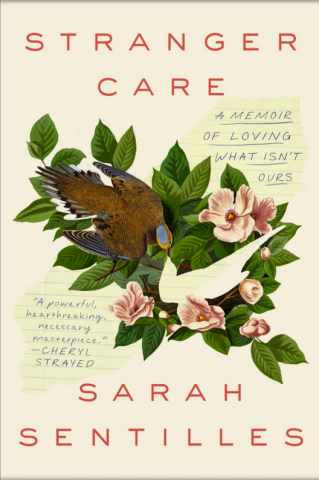 “That’s the one I’m taking home!” I said, picking up and waving my own copy from behind me on the counter.

It’s the first book I’ve read by Sentilles, but I knew, from my conversations with others, that she’s one of those authors who inspires devotion, no matter the topic. She invites the reader inside her thought process as she wrestles with ideas, in a way that is both generous and gorgeously articulate. In Stranger Care, she writes about coming to the decision to adopt a child, through the foster care system; she longed to be a mother and her husband didn’t want to add another human to a planet in crisis. And then she writes through the difficult, rewarding and ultimately heartbreaking process of fostering a baby whose troubled mother fought from the beginning to regain custody, in a state where reunification takes place 72 per cent of the time.

It’s a story about the complexities of love, family, nurturing – and a state system that struggles to balance the needs of children with the rights of biological parents, in a profoundly unequal America where entrenched disadvantage can make it harder to parent. And, as here in Australia, there is a dark and often racist history of separating children from their biological families.

“Racism means that if you’re Black or Brown, your children are more likely to be taken from you than if you’re White. And they’re more likely not to be returned to you.” Sentilles, an activist, is aware of this history and its consequences, and sympathetic to the need to do things better, but also devastated by the practical results of this policy for the child in her care – and for her. The impossible problem is that foster parenting requires both a fierce attachment to a child and an ability to let them go.

“You were never ours, yet we belong to each other.”

There are no easy solutions. I stayed up reading this book until the wee hours.

A customer picks up the new hardback Joan Didion collection, Let Me Tell You What I Mean (Fourth Estate), comprising 12 previously unpublished essays. I tell her it contains fragments of unfinished articles, from her notebooks, which I’m interested to see. And then somehow we’re all talking about the Netflix documentary that Didion’s nephew made about her, and her best-worst line in it, when he asks her what she thought when she found a five-year-old girl on LSD in San Francisco in the ’60s. (“It was gold.”)

A cluster of us – booksellers and customers – fall into conversation about a new literary biography that’s just been restricted from distribution in the US. Multiple accusations of rape and sexual harassment have just come out against the biographer. We talk about the accusations, the value of the biography itself, and evidence. In sexual assault cases, I reflect, evidence is not always possible – and even when there is physical evidence, proving intent in court is often incredibly difficult. (As, I later realise, books like Bri Lee’s Eggshell Skull and Louise Milligan’s Witness have burned deep into my brain.)

Which leads me to Faber Academy fiction director Kathryn Heyman’s memoir Fury (Allen & Unwin): an extraordinary book that blends a girl’s-own-adventure story with a devastating 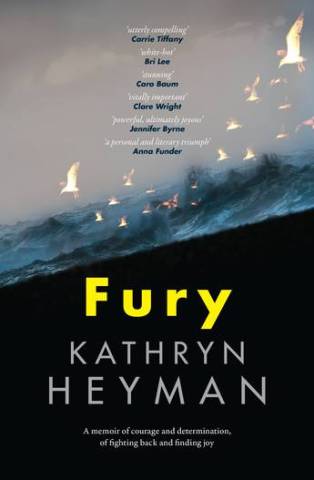 account of a rape trial that nearly destroyed her when she was 20, catapulting her on the road from Sydney to Darwin, and then four life-saving months at sea.

A lifetime devourer of books, 20-year-old Heyman takes her inspiration from Kerouac and co. by hitting the road, playing the role of the beat-adventurers rather than “the girl” in their stories. She gets herself hired as a cook on a prawn trawler, despite being unable to cook. (She soon trades places with a French crew member who loves cooking and hates deckhand work.)

On the sea, she begins to work out the trauma of not just her rape and the brutal trial (where the taxi driver who raped her while was blackout drunk was found not guilty), but a childhood and adolescence characterised by domestic violence and neglect.

“After the trial of the taxi driver, the trial where I was not, allegedly, on trial, I stopped answering my own phone,” she writes.

Heyman is saved – and saves herself – through her intelligence, resilience, and a lifetime of escape into books and stories. And through claiming her uncertain place in the world of men, on the road and on that boat.

“There was … this perfect gift: the mistakes I made when talking, the awkwardness of being me, saying the wrong words, making the wrong sounds – no one cared on the Ocean Thief. Only one thing mattered: were you awake and ready for the catch? Nothing else counted, and it was like being untied.”

This beautifully written, cleverly structured, deeply moving book is a marvellous read that will appeal to both readers looking for a memoir-adventure and readers of Bri Lee and Louise Milligan.

A tall, long-haired customer in a black band T-shirt asks if everything’s gone “back to normal” after the pandemic.

“Oh?” says the man, a little disconcerted. “You think?”

The first thing Jason said when I arrived today was to remember to do my COVID check-in. We still have hand sanitiser on the counter. There are no international visitors anymore. But this morning, fresh from their Hindley Street hotel, we chatted to a couple from the Gold Coast, who told us they book holidays elsewhere whenever they can these days.

“Your philosophy section is sick!” exclaims a young man at the counter, as Jason scuttles around the shop, scouring the shelves for At the Existentialist Café by Sarah Bakewell. “Especially your existentialist selection.”

“Sometimes it’s on philosophy, but mostly it’s on biography,” calls Jason from across the shop. “It’s not there, though. It depends a bit on who’s shelving it.”

“Yes, it depends on their PHILOSOPHY of shelving,” I say, a wink in my voice. The customer gives me the very small smile I deserve. Jason continues to look in earnest for the book. But over at the biography section, a customer smiles wide enough that I decide it counts as a laugh, and thank her. She actually laughs at this.

At the end of my shift, I pack up 10 books to take home on the back of my bike: some advance reading copies and three actual purchases.

One of them, which feels like a good companion read to Sarah Sentilles’ book on foster parenting, is Walkley Award-winning ex-journalist Sarah Dingle’s Brave New Humans: The Dirty Reality of Donor Conception (Hardie Grant). Impressively endorsed by Leigh Sales, Norman Swan and Robyn Williams, it’s an investigative expose of reproductive technology and its 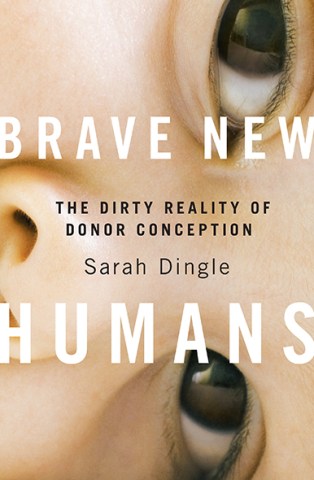 human fallout, beginning with Dingle’s shock discovery as an adult that she was a donor baby, and her beloved father, who died when she was 15, is not her biological father. Sensing her mother’s need for her to be okay with the revelation, she pushes her feelings down and fakes it in the moment.

“That was my first lesson in what it’s like to be donor conceived,” she writes, “your feelings about the whole business come last.” It’s an extraordinary book, combining her journalistic skills with personal experience, as she documents her journey to find her biological origins alongside a wider-ranging investigation into the global fertility industry.

Postscript: I did not go to the Clarice Beckett exhibition the next day. A decision I will no doubt have to defend later. But I did stay in bed and read all day.