Like Garner’s debut, Friends & Dark Shapes is a fragmentary novel structured over the course of a year, narrated by a freelance journalist on the cusp of her thirties, with inner-city bohemian share-house life at its heart.

But while Garner’s bohemians seemed to have consciously opted out of the mainstream (and its security), Bedford’s make the most of the inevitable. Even the housemate who works as a lawyer says he can’t see himself owning a house. Generationally, Friends and Dark Shapes evokes the bone-deep precarity of Fiona Wright’s essays and Briohny Doyle’s millennial memoir Adult Fantasy. “We are turning thirty and things don’t look like we imagined they would.”

Bedford’s narrator, like her, is Australian-Indian. She works part-time teaching media skills and freelances as a journalist, a way of life she acknowledges can’t last. Her housemates are Australian-Cambodian Niki, a former model whose side jobs supplement her below-minimum-wage job as a graphic designer for a fashion magazine, Australian-Palestinian Sami, a lawyer who dislikes his job, and Bowerbird, who works in a guitar shop and plays in a band. 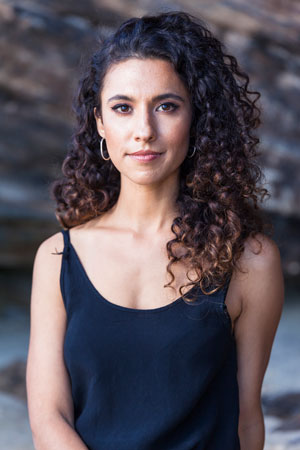 The centring of non-white perspectives is underscored by the setting in Redfern, a gentrifying suburb that hosts “the Indigenous community, the housing-commission folk, the students, the young professionals”. The world on the page reflects this diversity in the details, from sensory memories of Indian jasmine blended with Sydney ocean air, to household arguments about the class implications of hiring a cleaner, and dilemmas like how to address an implicitly racist brief from an editor, or whether it’s okay to have a crush on the Aussie hip-hop artists down the road.

These characters inhabit a liminal space: ageing out of youth, but without the traditional markers of adulthood like a mortgage, permanent partners, children, or defined career paths. Impermanency is built into their lives in a way that feels inevitable, and open-ended. And the freedom of the share-house arrangement, with its minimal obligations or shared priorities, makes it vulnerable to the velocity of their separate lives, despite their authentic companionship. “It’s a house filled with restless anxiety and constant movement, as we all try to grow up and create our shape to press into the world.”

The parallel defining theme of this novel, swimming below the surface until it inevitably rises, is grief. “The year after my father died, I move into a share house,” the book begins. The loss is not mentioned again until Chapter 3, and again it’s an isolated sliver, a tease. “It is the first party I have been to since my father passed.” The third reference comes in Chapter 8, when a friend refers to “those who know what it feels like to lose someone forever, and those that don’t”. In this way, the form of the novel mirrors the narrator’s grief: held close, kept private, leaking out in small moments. And ever-present. A few chapters later, the narrator’s long-term boyfriend breaks up with her, saying, “Your grief … It is too much for me.” Even then, there’s a pause before the dam breaks, and we are immersed in the story of her relationship with her father, and his death from cancer.

In its minimisation of the narrator (who remains nameless), Friends & Dark Shapes is reminiscent of Rachel Cusk’s Outline trilogy, which famously transforms its narratorial author-avatar into a filter for other people’s stories. Bedford’s narrator does this too, both within Redfern and as she traverses the city, working on a journalistic series “on areas in Sydney that the media describes as being high in crime, or undesirable”.

The first article profiles the proprietor of a “modest fashion” hijab clothing store in the city’s west. “There was nothing like this when I was growing up, and that wasn’t very long ago,” the woman says. In just one of the novel’s spot-on satirical jabs at our media and the dominant culture it reflects and shapes, the editor responds “that while he likes the modest fashion movement … I need to make it more about Syria, and her conflict, and her pain”.

These stories of others – the photographer, their subjects, flatmates, a fellow journalist she meets with to discuss a racist brief – at first dominate the book, then recede (but never disappear) as the narrator’s memories rise to the surface, becoming the focus. The effect is an intricately observed mosaic that comes together to represent a multi-faceted story of a Sydney that is forever evolving, in ways both positive and destructive.

“Is a feeling about a city also a feeling about oneself?” asks the narrator. “And if so, how does one ever separate their city from themselves? Are we all superimposing ourselves onto our backdrop, forcing the geography to come alive with our own loss and love?”