Tracey Noah had the title ready: Library Through the Lens.

She was planning to run documentary viewings next year, with post-movie discussion from experts in their fields and questions from the audience. Entertainment and education for folks down south at the Cove Civic Centre, from where Tracey creates and curates programs for the three City of Marion libraries.

But that was last year, and now seems so very 2019. What? People in libraries, milling around? Get away with you!

Tracey also had a packed program of author talks and programs in the works, including, for instance, during the now-postponed Tasting Australia festival. All had to be cancelled, of course, come mid-March and that virus you’ve probably read about.

What to do? Well, Tracey Noah is a nothing-daunted soul, as we’ve come to know over the years. “A gun,” I heard my colleague Jo Case call her on the radio. Tracey and her team acted fast, and went hard, in textbook crisis-response style. 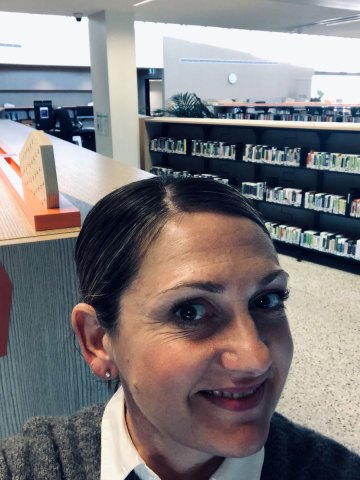 Tracey Noah says technology gives libraries the ability to reach out ‘live’ anywhere in the world.

Imaginative “repurposing” was needed. It helped that Tracey already had the name. Now, just a few weeks since the fall, Library Through the Lens is already a popular series of livestreamed author events you can enjoy in the company of your own digital device, firing in questions as you go.

You can see the author and interviewer but they can’t see you, so no problem if you cough or yawn or take a wee stroll. It’s simple to tune in. You’ve probably downloaded the Zoom app already (who’d heard of Zoom six weeks ago?). From there you, um, well, it’s the kind of thing you remember how to do it when you do it. But it’s simple as pressing a button, more or less.

I suggest you visit the City of Marion Libraries’ Facebook page or website. You’ll see May is chockers with Library Through the Lens events.

“How did you manage it all so quickly?” I ask Tracey. As she replies I remember another library event, last summer at Henley Beach, where Les Parsons and Samantha Battams – authors of The Red Devil, a biography of SA pioneer aviator Harry Butler – gave a fascinating show-and-tell about early local backyard aeroplane-makers, including a fellow in suburban Dulwich (he had a German name, so his endeavours were proscribed come 1914 and war).

“Everyone pitched in,” Tracey says. Marketing coordinator Rob Lee, for example, is also a skilful designer and was able to create the alluring look and feel for the series and its promotion. All could be done in-house. A Zoom licence is cheap. There was some money in the budget to pay speakers.  Tracey got on the phone straight away to authors and publishers – including, bless her heart, to us at Wakefield Press, so we were able to snaffle some prime early spots. 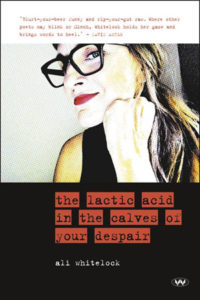 “Did you have to go through management hoops?” I ask. Nope, Tracey says. “They let me get on with my job.”

She’s been the adult programs support officer for the Marion Library Service for eight years. Justly, she is proud her library was perhaps the first in South Australia to get up a series of author events in this new-age way.

“It gives authors, publishers and the library itself the ability to reach out ‘live’ anywhere in the world, and means we can bring authors from all over the place to our regular communities. We wouldn’t be able to afford that without the technology, which itself is cheap.”

Recently Ali Whitelock, a popular NSW-dwelling poet we publish, charmed viewers with her lovely Scottish voice and her new book, The Lactic Acid in the Calves of Your Despair, via Marion’s Library Through the Lens. Later this month Gina Inverarity, ex-Adelaide Hills and now of locked-down-but-peeking-out Wellington, New Zealand, will talk about her wonderful new novel, Snow. 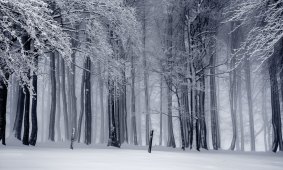 The many benefits are obvious. Virtual events are mushrooming. They will remain a feature post-pandemic, I’m sure. One very sad material disadvantage is that you can’t plant a big table full of books by the door, and bar exit to those who try sidling past without buying a book.

But – as my father, who as a lawyer had the RAA brief forever, explained to me – in a car accident, in law, neither party is usually 100 per cent in the wrong or right. Every situation has shades of grey. It all comes down to percentages.

Tracey Noah and the City of Marion Libraries have played the percentages very well indeed. Library Through the Lens is a winner.