To anyone who doesn’t work in retail, October means springtime. Bare-branched fruit trees gradually clothing themselves in blossoms. Days – here and there – where bodies habitually wreathed in winter wool might feel sun on exposed stretches of skin. Soups replaced by salads on café menus.

But for a bookseller, October first and foremost marks the start of the Christmas season. 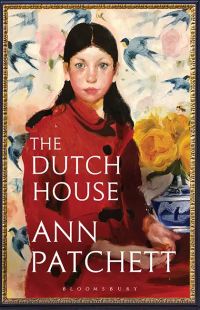 At Imprints, I’ve been greeted at the beginning of recent shifts by towering piles of boxes, packed with the new releases that we’ll be selling in the coming months, from reinforcement stock of 2019 favourites to the year’s most-awaited new releases. Discovering their contents, I’ve been like a kid in a candy shop (or, as the friendly women who staff the sweet stall at the Central Market would attest, like me in a candy shop).

Fellow bookseller (and exquisite storyteller) Ann Patchett is best known for her Orange Prize-winning South American hostage novel Bel Canto (and best loved, by me, for her gorgeous personal essay collection, This is the Story of a Happy Marriage). Her new generational family drama, The Dutch House (Bloomsbury, $29.99, October), follows five generations through fluctuating family fortunes and one grand folly: the elaborate house a real estate mogul buys for his wife in the aftermath of World War II. 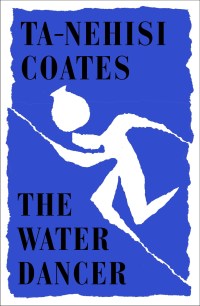 Meant to delight her, the house instead makes her retreat into self-consciousness. Decades later, wealthy siblings Danny and Maeve are exiled from it by their stepmother, and thrown back into the poverty from which their parents escaped.

Ta-Nehisi Coates has long been admired for his brilliant Atlantic articles, particularly his incendiary 2014 cover story, “The Case for Reparations’”, which kickstarted national and international debates about reparations for slavery and legalised discrimination against African-Americans, even putting it on the agenda for Democratic Party presidential candidates. He is also known for Between the World and Me, his powerful meditation on American history and ideals, in the form of a series of addresses from father to son. Toni Morrison called it “required reading”.

Coates’ debut novel is The Water Dancer (Hamish Hamilton, $32.99, October), a fantastical love story that seeks to illuminate the forgotten emotional tolls of slavery. Young Hiram Walker was born into bondage – and lost his mother and all memory of her when he was a child – but he is also gifted with a mysterious power. The novel takes Hiram from the corrupt grandeur of Virginia’s proud plantations to desperate guerrilla cells in the wilderness, as he determinedly escapes the only home he’s ever known – and vows to return to free his family. 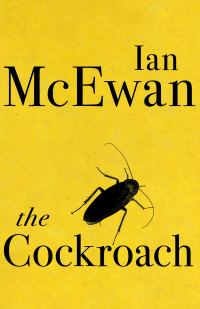 And then there’s Ian McEwan’s slender Brexit farce, Cockroach (Vintage, $16.99, October), his second novel this year (the first was Machines Like Me, an alternative history exploring the relationship between humans and artificial intelligence).

Cockroach reverses the thesis of Kafka’s Metamorphosis: a cockroach awakes one morning, trapped in the body of the UK Prime Minister, and employs a ridiculous raft of policies under the doomed-to-fail theory of Reversalism, in which the flow of money is reversed (for example, workers have to pay their employers). Think Kafka meets In the Thick of It. 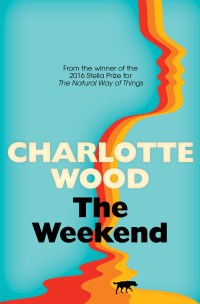 October brings new offerings from a swag of Australian literary names, too. Charlotte Wood’s Stella Prize-winning feminist dystopia The Natural Way of Things won the author legions of new readers to add to her devoted fanbase (of which I am a member), and introduced her to an international market, too; film rights have also been optioned. The Weekend (Allen & Unwin, $29.99, October), her latest novel, focuses on three older women – a once-famous restaurateur, an acclaimed public intellectual and a renowned actress (now mostly out of work) – who come together after their lifelong friend dies, spending Christmas at her beach house to clean it out before it is sold.

Wood explores growing old, growing up, the lies we tell ourselves, and friendship. I loved The Natural Way of Things, but my favourite Charlotte Wood novel (actually, one of my favourite Australian novels, full-stop) is 2008’s The Children, a quiet, sharply observed, brilliantly affecting and achingly true novel about a fractured family coming together in the country town where they grew up following the serious injury of a fading patriarch. So I am dying to read this, and have a feeling I’m going to love it. 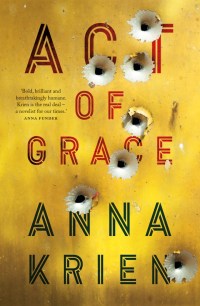 Anna Krien is widely acknowledged as one of Australia’s finest narrative journalists, well known for her investigative articles for publications such as The Monthly and her excellent works of narrative non-fiction, particularly Night Games, her Garner-like account of the rape trial of a footballer. Act of Grace (Black Inc, $29.99, October), her much-anticipated debut novel, is a fascinating, unflinching meditation on contemporary Australian life from the perspective of a marginalised and often traumatised cast of characters.

There is a veteran of the war in Afghanistan who terrorises his family while beset with memories of a war crime literally embedded in his flesh (shrapnel is still emerging from a wound in his neck); his haunted son, who grows up to travel America and is drawn into a Native American protest; an Iraqi asylum seeker involved in complex identity theft as a means of escape; and an Indigenous teenager, then young girl, dealing with the legacy of her father’s early dementia and experiences of racism. This is an ambitious novel by a very fine writer. 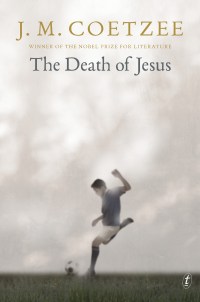 There is one – very Adelaide – non-fiction release that deserves a special mention this month. I first spotted it a month ago, when its distributor dropped into the shop with an advance copy of this great big, glossy brick of a book: The Big Beat: Rock Music in Australia 1978-1983, Through the Pages of Roadrunner Magazine, edited by Donald Robertson (October).

The Big Beat is a heavily illustrated, beautifully presented year-by-year history of Adelaide-based punk fanzine Roadrunner, which was founded by Robertson and music-press legend Stuart Coupe, and was distributed only in South Australia. The book features a selection of more than 400 fully indexed pages from the original issues; just looking at it, you can see that it’s a labour of love that doubles as a highly eclectic, expertly selected history of music in Australia during the late ’70s and early ’80s. 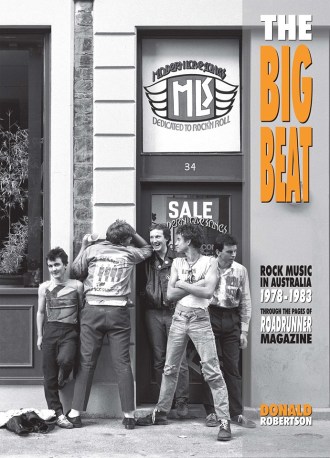 The Big Beat cover, with a photo by John Altree-Williams showing The Accountants outside Modern Love Songs in Twin St, Adelaide, in June 1978.

At the moment the book and its publisher arrived, I was at the counter having my weekly chat with our Thursday regular, a black-clad music collector who has been buying his books on Hindley Street since Imprints co-owner Jason worked the midnight shift at long-defunct Hindley Street 24-hour bookshop Third World.

“Hey,” said Jason, interrupting an anecdote about how our customer once found a rare German punk record worth $900 for a couple of dollars, and later sold it to an American sailor. “Do you remember Roadrunner?” Our customer’s face lit up. He sure did. We crowded around the book together, peering at a black-and-white photo of Blondie’s Debbie Harry  – whose memoir, Face It (HarperCollins, $45, October), is also new this month – standing with Stuart Coupe on Hindley Street.

“That’s just down the road from here!” said our customer. “Is that Third World in the background?” We looked at the book, then across the road, where no rock stars posed on the footpath.

I announced that I might buy the book for my husband, also music-obsessed (though he hadn’t graduated from Smash Hits yet in 1983) for Christmas. I plan to recommend it to music nerds from now until then! But no need to rely on the word of our Thursday customer, or even me. The book comes with endorsements from Lindy Morrison of The Go-Betweens, Reg Mombassa, Joe Camilleri, author Peter Goldsworthy and more.

The release of The Big Beat is being celebrated with a launch event this Wednesday at the Howling Owl in Vaughn Place in the East End (details here).