One of my favourite ways to read is to follow a trail, so the books end up in a kind of conversation with each other. It’s something I notice customers doing, too.

One bookshop regular is always on the hunt for weird and wonderful popular culture books, from psychedelics to 19th-century horror … and, endearingly, anything Moomin. Another, who likes to linger in the science section, asked me on a recent Saturday to keep an eye out for “anything to do with isotypes”. And a local author has us looking out for second-hand copies of Barbara Hanrahan’s out-of-print novels: in her fiftieth year, she’s reading her way through this much-loved (Adelaidean) writer. 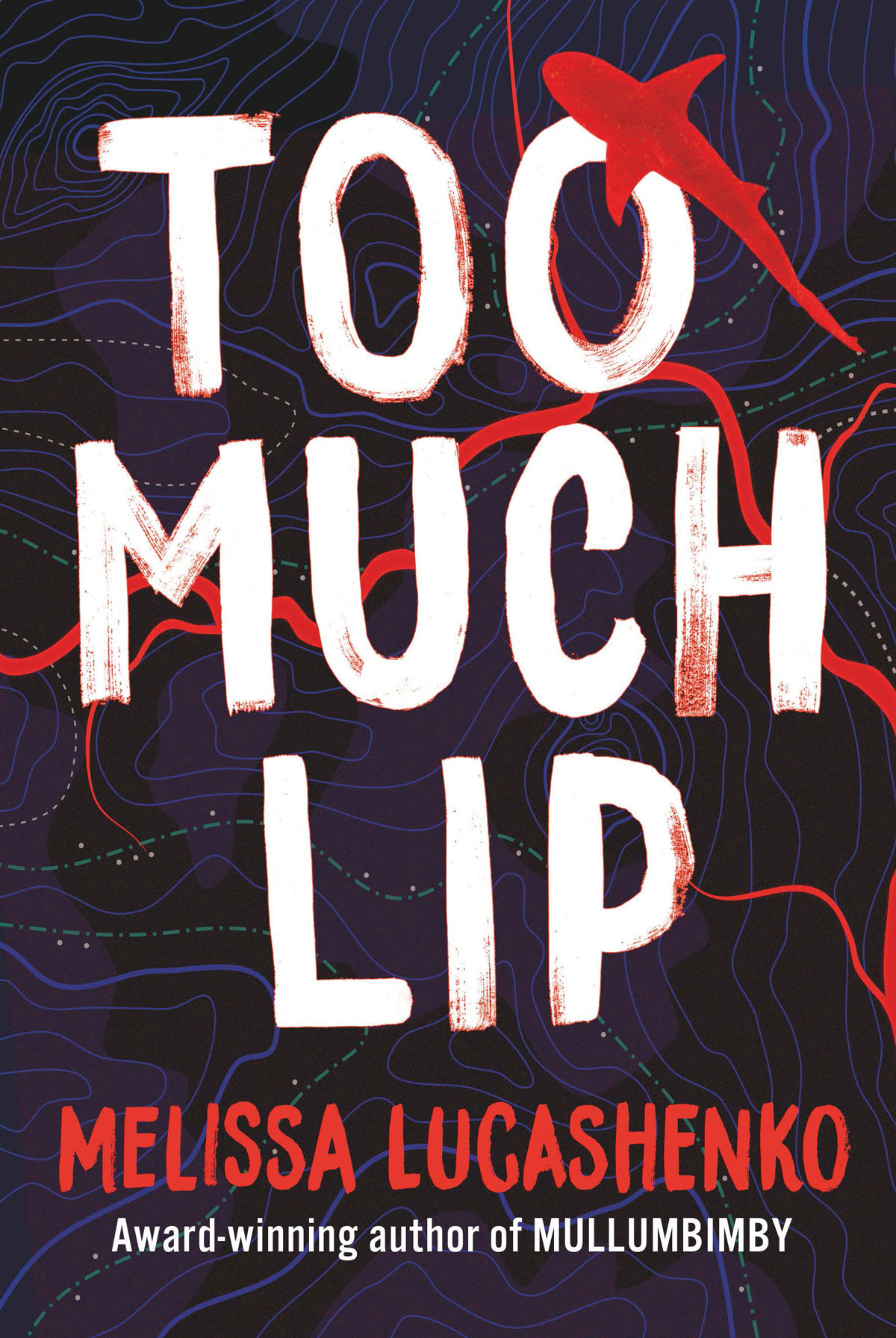 I’ve recently stumbled on an accidental reading-trail that started with this year’s Miles Franklin Award winner, Too Much Lip by Melissa Lucashenko (UQP, 2018). Prize-winning novels have a reputation – often undeserved – of being more worthy than engrossing. But Too Much Lip explores serious issues like inter-generational trauma, colonial and domestic violence, and Indigenous land rights through a caustic, flawed and darkly funny narrator, driving plot and vivid characters.

Wise-cracking Goorie woman Kerry Salter rides a stolen Harley-Davidson from her Brisbane home, where partner Allie has just been incarcerated for armed robbery, into the hometown where her Pop is dying in the lounge room, volatile older brother Ken is drinking his third beer in the kitchen at 11am, and his sensitive son Donny is secluded upstairs. When the Salters’ ancestral country is threatened with development by the town’s crooked estate-agent mayor, the fractured family rise up together to fight it, and old family wounds are opened.

The Salters are the kinds of characters you don’t often meet in the pages of literary fiction, which more often reflects middle-class lives, or narrates the lives of marginalised or working-class people from an outsider’s perspective. Too Much Lip crackles with authentic life and what Lucashenko has called “survivor humour”. 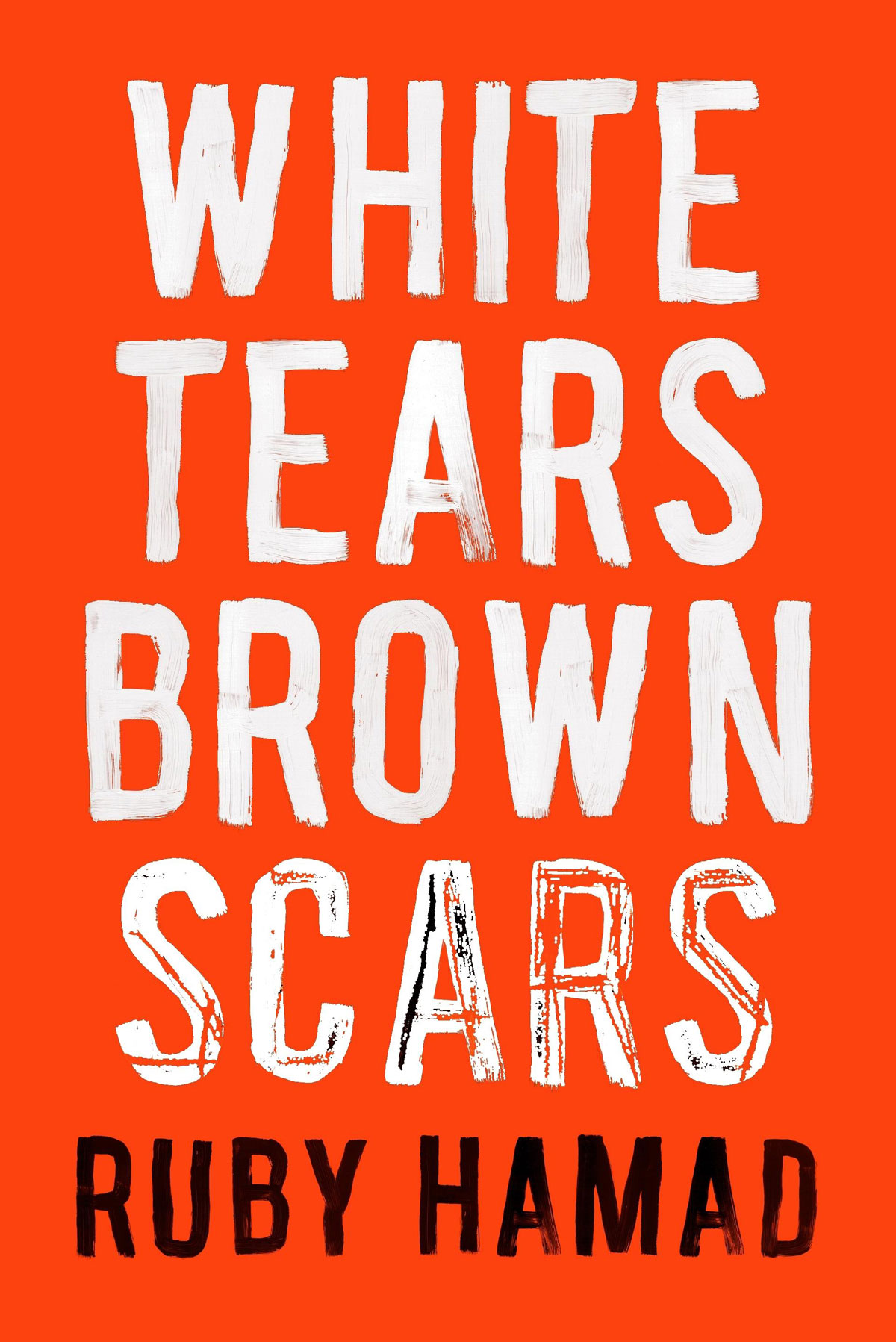 Ruby Hamad’s blistering take on feminism and race, White Tears, Brown Scars (MUP, September), expands on her viral 2018 Guardian Australia article, “How white women use strategic tears to silence women of colour”. She takes readers on an eye-opening historical journey through the oppression and marginalisation of colonised and enslaved women, from the institutionalised rape of African-American slaves and Indigenous Australian women (at the same time white women’s mandated “virtue” was being idealised), to pop-culture issues like the appropriation of the real-life Pocahontas, and how skewed stereotypes of Asian, Latin-American, Arab and black women prevent us from really seeing them as individuals.

Hamad shows that while mainstream popular feminism focuses on enabling individual women to access power, the power structure our society is built on has white privilege as its foundational core – and a feminism that is truly for all women intrinsically demands that the system itself be dismantled and rebuilt. It’s a book I want to talk about with everyone, and that I couldn’t recommend more highly. 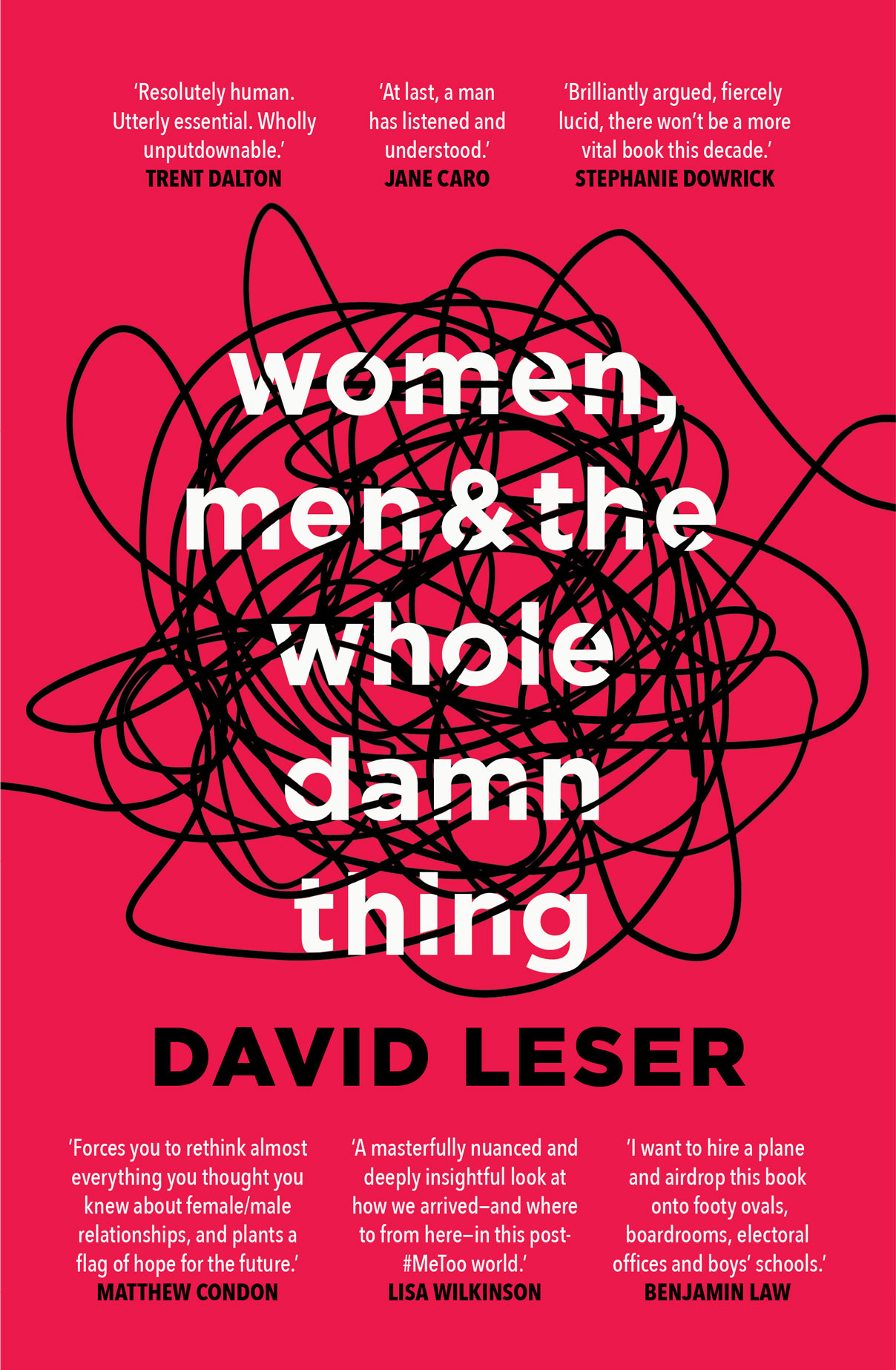 David Leser’s Women, Men & the Whole Damn Thing (Allen & Unwin, August) aims to be a comprehensive take on gender relations in the #metoo era, and gives a broad overview, from the perspective of a middle-aged, “middle-class” white man who admits that he’s seeing his entitlement for the first time, as he embarks on a reading list that includes Simone de Beauvoir and Naomi Wolf. It’s perhaps most interesting for his look at how traditional masculinity limits and damages men, and his argument for why pushing to transform gendered expectations benefits everyone.

Leser’s investigation of “grey areas” is also interesting, from conversations with his friend Helen Garner about whether young feminists have an over-inflated sense of their own rights (and reflections on The First Stone), to exploring the line between pursuing attraction and sexual harassment. It’s a book that will spark lots of lively conversations. 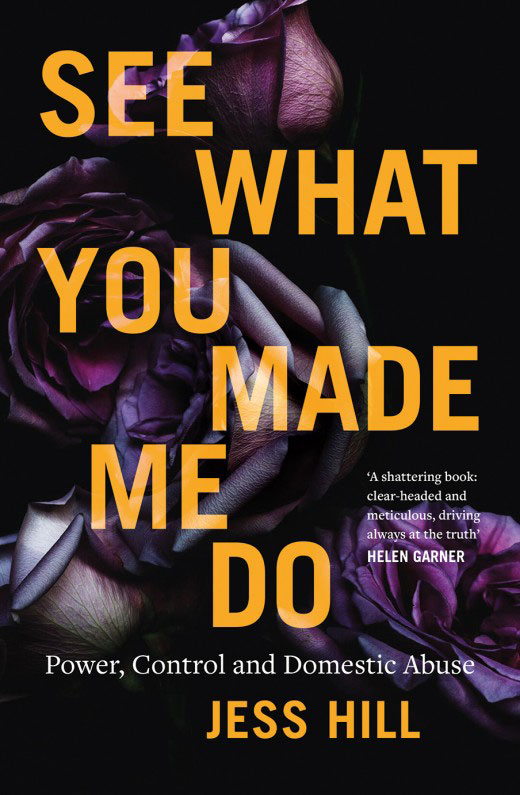 To be honest, though, I was infinitely more affected by Jess Hill’s incredible investigation into domestic violence in Australia, See What You Made Me Do (Black Inc., July), which also explores the damage done to men and women by traditional expectations of masculinity.

Hill talks to the same world-renowned male feminist that David Leser does (Michael Kimmel), and comes away with insights that speak potently to why so many men feel powerless, and how the resulting feelings of shame can be enacted in attempts to gain control over the women in their lives. Patriarchy, Kimmel tells her, is about men’s power over women and “some men’s power over other men”. Power is not a binary; it’s an intricate architecture (just as Ruby Hamad shows in White Tears, Brown Scars). 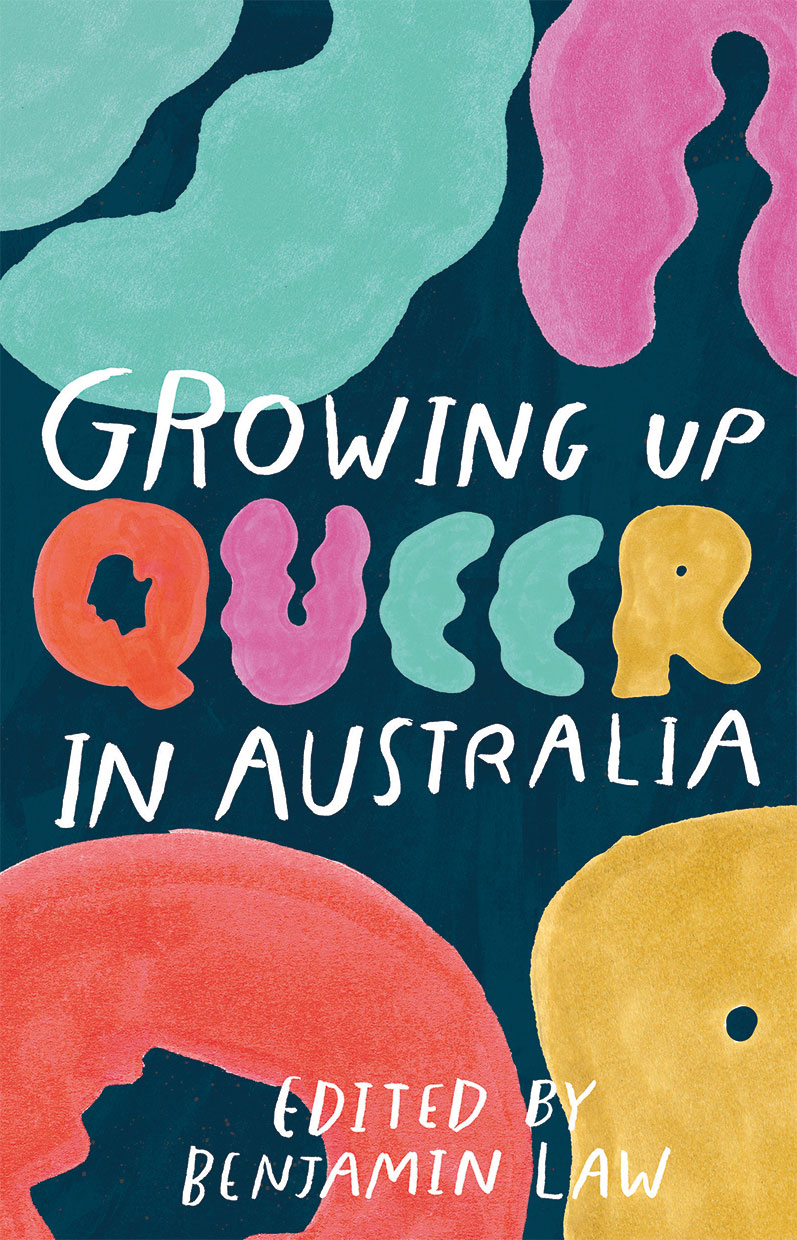 Growing Up Queer in Australia, edited by Benjamin Law (Black Inc., August) is a terrific anthology of essays that transports the reader inside the trajectory from childhood to adolescence and beyond, from the perspective of someone learning to inhabit their sexuality – something we all do, most of us somewhat awkwardly – with the complicating factor of that sexuality being outside the heterosexual assumed default. These stories are hugely varied, from David Marr’s teenage attempt to bury his sexuality in Christianity to Adolfo Aranjuez on the “specific, intertwining experiences of queerness and migration”, and Rebecca Shaw on the difficulty of coming out in remote, small-town Queensland.

The book I most loved this month, Trick Mirror: Reflections on Self-Delusion by New Yorker staff writer Jia Tolentino (HarperCollins, August) is a collection of nine original personal essays.

The first of these is particularly excellent. Thirty-year-old Tolentino, who essentially grew up online, brilliantly captures the attractions and traps of the online space, and the way it’s evolved to become a maze of “incessant forced connection”. 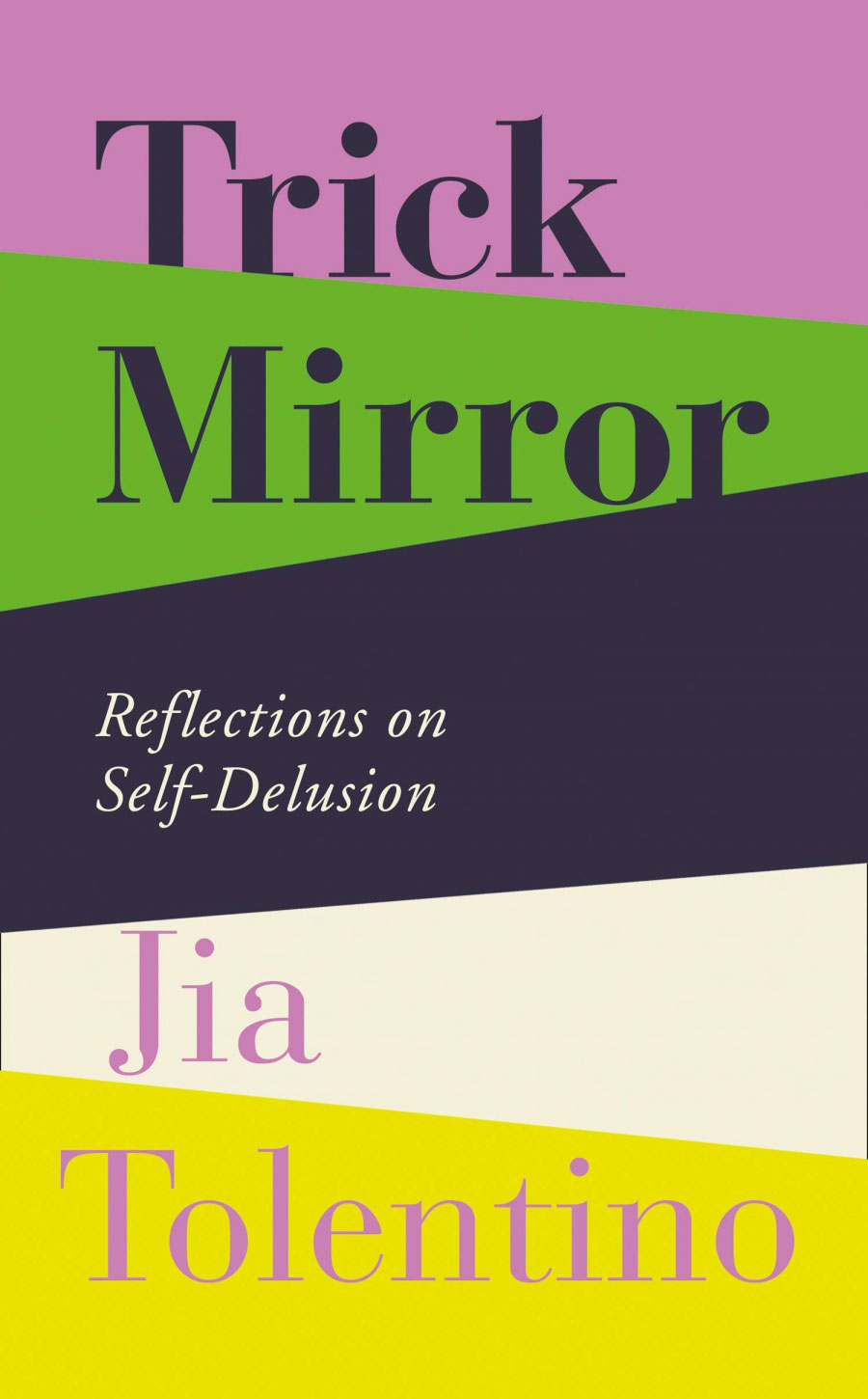 She argues that the centrality of the self and its performance, now built into the architecture of the social-media-dominated internet, has not only affected who we are and how we feel about ourselves as individuals, but who we are as a society – resulting in our increasingly binary media and politics.

This opening essay sets the context for the rest of the book, which explores personal identity in the 21st-century through being a teenage reality-TV contestant, growing up in a “prosperity gospel” church community, the problems with commercial popular feminism, and – in my second-favourite essay – childhood reading and identifying with literary heroines.

“What we have in common is obviously essential,” writes Tolentino, exploring the problems with relating everything back to personal experience, “but it’s the differences between women’s stories – the factors that allow some to survive, and force others under – that illuminate the vectors that lead to a better world.” The personal may be political, but meaningful political engagement requires more than that.

I love reading writing that makes me feel seen, that reflects the familiar in new ways. It’s probably what I gravitate towards. But this month’s reading journey reminded me to do the opposite, too: to read to understand other experiences of being in the world, and the bigger picture that reveals.