At one telling point in the book, Gulf of Carpentaria activist and political leader Murandoo Yanner relates an encounter between Tracker and Jenny Macklin, then Minister for Indigenous Affairs in the Rudd government. Tracker was helping Yanner to lobby Macklin over the Wild Rivers legislation in Queensland.

Notoriously, Macklin had persisted with the Howard government’s “Northern Territory Intervention”, and was regarded with suspicion by most Aboriginal leaders. Nevertheless, she was the federal minister and had to be dealt with.

Yanner recalls the atmosphere that followed: “You could have heard a pin drop and pistols drawn at twenty paces, and the whole thing went sour pretty quickly.”

As they approached, Tracker called out, “How ya going, Genocide Jenny?”

It tells you a lot about the man. He had regular access to the corridors of power yet still called a spade a spade. He was capable of dealing with politicians of any background and station yet did not forfeit his never-back-down attitude.

He was able to gain the upper hand from the first with an irreverent comment. And, above all, he was a funny bugger. (Another memorable thumbnail character sketch, this one related by Tracker himself, is of current senator Pat Dodson as a “mobile wailing wall”: a place where white people go to confess and forgo their sins.) 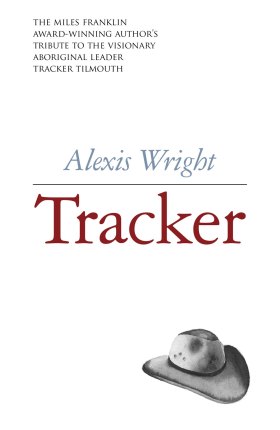 It also tells you a lot about Wright’s epic tribute to Tracker. We do not read Wright quoting Yanner, but hear the whole yarn directly from the source.

Born in 1954, Tracker was one of the stolen generation. His life spanned the latter years of the White Australia policy, when Aboriginal people were still legally part of the nation’s fauna, to the tumultuous period in Aboriginal politics following the Intervention, until his death in 2015.

This is not a book about Tracker’s life authored by Wright, but consists of stories and recollections told to her by the man himself as well as 50 others, from family and school mates, to Aboriginal and non-Indigenous leaders in our time. Wright brilliantly intersperses and weaves these together into an epic of stories and storytelling.

As the tributes to Tracker have flowed in the months since its publication, and many will surely follow as it garners further prizes and draws in ever more readers, so have the attempts to describe both the work’s genre and the mode of authorship it enacts.

In their award statement, the Stella judges call it a “biography”, but also a “new way of writing memoir”. These descriptors capture aspects of the book – a birth to death tale does emerge from Wright’s layering of stories, and these are, of course, conjured from memory – but they also obscure.

Wright didn’t “write” the work but elicited the stories that comprise it through conversation. Towards the end of the book there is an unbroken sequence of nearly 100 pages of Tracker and Wright conversing, the contents of which are largely a mixture of philosophy and political economy. In these pages, Tracker’s voice is mostly serious, even earnest, as he expounds on the need to create a sustainable economic basis on which Aboriginal people can palpably enjoy their hard-won land rights and native title.

While it is no doubt true that readers accustomed to biographies in the European tradition will be struck by the novelty of reading a tribute to a storyman made up of many stories, Tracker’s strengths as a work are are not dependent on this putative departure from the biographical genre. It is simply remarkable to hear Tracker’s genuinely funny jokes and stories told repeatedly, often word for word and channelling Tracker’s unmistakable style, by such a range of different speakers. Over the course of the book, the repetition of these stories consolidates them and imprints them on the memory.

It is fitting that a book written in the mode and genre of Aboriginal storytelling should win a prize that encompasses both non-fiction and fiction.

It is a work, epic in scope and size, that will ensure that a legend of Central Australian politics is preserved in myth.

Ben Etherington is senior lecturer in postcolonial and world literary studies at Western Sydney University, and a member of the Writing and Society Research Centre.  This article was originally published on The Conversation.

The Stella Prize is an annual literary award celebrating Australian women’s writing. Read The Conversation‘s guide to the six books shortlisted for the prize here.