Adelaide may not receive due recognition as a “literary city”, but a book being published this week shines new light on the strong writing culture that has been a significant part of its identity since settlement.

Adelaide: A Literary City comprises essays by 12 writers exploring the literary scene from the 19th century to the present, and highlighting some of its less-well-known or undervalued contributors.

“All Australian cities have a strong literary scene, but it was built into Adelaide right from the very beginning,” says Philip Butterss, who edited the University of Adelaide Press publication and also contributed a chapter on the writer CJ Dennis.

“The vision that [coloniser Edward Gibbon] Wakefield had for the city was for a provincial English city with the kind of culture that allowed literature to flourish.” 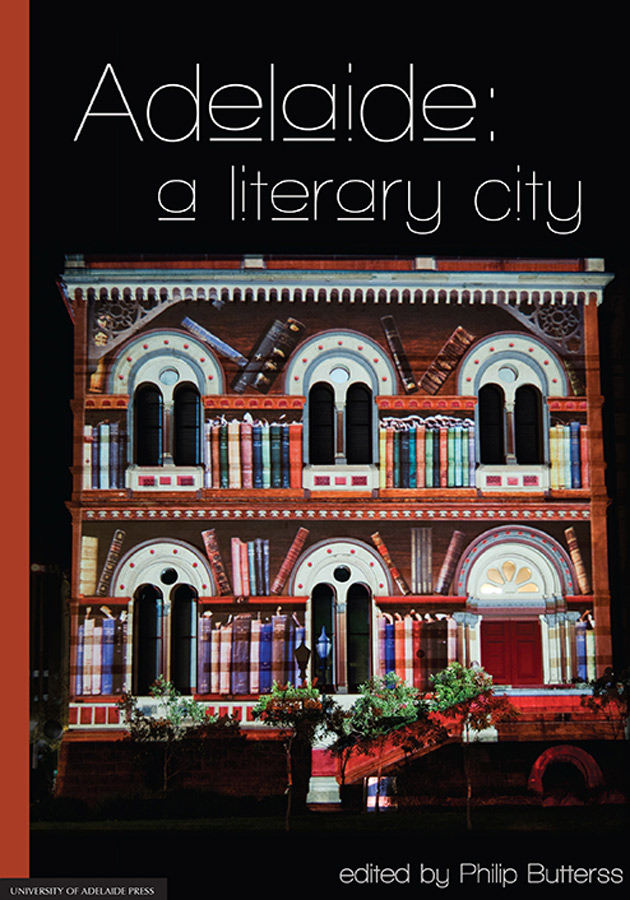 Butterss, a senior lecturer in the department of English and Creative Writing at Adelaide University, says that before the 1850s, South Australia’s most important defining feature was that there were no convicts transported here – something that fostered the belief it was “more respectable, more cultured and less brash than its colonial neighbours”.

A public library had been planned even before settlement, with the SA Literary Association founded in London in 1834, but Butterss says it was after transportation stopped that Adelaide really began to see itself as a literary city. By then, the population had grown significantly, newspapers were publishing poetry, public lectures on literary topics were commonplace and the libraries boasted plenty of books.

“It’s a wonderful story about Adelaide as all the men go off to the goldfields in Victoria. She writes about how beautiful Adelaide is and how dusty it is. She gets down on paper how important literature was in the city even then.”

Adelaide notched up a number of firsts in the 20th century: the SA Writers’ Centre was the first such centre in the country; Friendly Street Poets was Australia’s first public reading community; Adelaide Writers’ Week was the first literary festival, and Adelaide University was the first Australian university to establish a chair in creative writing.

But while research has been conducted on specific aspects of Adelaide’s literary history, Butterss says there is still an enormous amount of work to be done to give a more comprehensive picture.

Adelaide: A Literary City seeks to plug some of the gaps. It includes a re-examination by Peter Kirkpatrick of the Jindyworobak poetry movement established in the late 1930s; an essay by Betty Snowden on Max Harris, poet, critic, columnist and operator of the Mary Martin Bookshop; and an exploration by Graham Tulloch of the way Scots living in Adelaide in the first 75 years of settlement used literature as an expression of Scottish identity.

Alison Broinowski touches on the tension between conservative elements of SA society and its “free thinkers” and rebels – including those who overcame resistance to get several of Patrick White’s plays premiered in Adelaide – while Gillian Dooley looks at Adelaide as a setting for fiction in Amy T Matthews’ 2011 novel End of the Night Girl, and JM Coetzee’s 2005 book Slow Man.

In her chapter “Acts of Writing”, Kerryn Goldsworthy argues that despite the strong history of South Australian writing, there is surprisingly little emphasis on representing the city of Adelaide itself, “at least not in a way that brings it to life after the fashion of  Patrick White’s Sydney or Helen Garner’s Melbourne or David Malouf’s Brisbane”.

Goldsworthy writes that the most thorough and evocative representation of the city in literature is The Scent of Eucalyptus by Barbara Hanrahan – one of the authors whom Butterss suggests has probably not received the national recognition she should have.

His own chapter, “An Entertaining Young Genius: CJ Dennis and Adelaide”, highlights how the author of The Songs of a Sentimental Bloke developed many of his themes and ideas during his early life in South Australia.  Butterss has also written a book about Dennis’s life and work which will be launched alongside A Literary City this week.

“The scene is probably stronger than it’s ever been – at the moment there are so many people writing, and Arts SA’s involvement has been useful in helping that to flourish.”

Adelaide: A Literary City (University of Adelaide Press), ed Philip Butterss, and An Unsentimental Bloke: the life and work of C.J. Dennis (Wakefield), by Philip Butterss, will be launched this Thursday in Adelaide University’s Barr Smith Library.