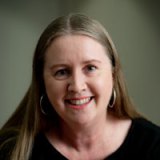 A travelling magician struggles to maintain his enthusiasm for life on the road, “helped” by an unusual assistant. Two house painters find harmony after some sticky slip-ups and an (almost) catastrophe. It’s love at first bus ride for a pair of passengers whose bodies betray an attraction their faces attempt to conceal. Couples – aroused by the muzak while stuck in the lift, chilling out while sharing a picnic, travelling the world on a bicycle built for two – are the stars of this “exploration of the antics of affection”.

Based in Canberra, TwoLeftFeet Theatre is the creation of self-described childhood sweethearts and theatre nerds Anneka van der Velde and Isabel Burton. Anneka’s career includes theatre, musicals, pantomime, circus arts and clowning. Since graduating from Perform Australia, she has created and co-owned a theatre company and taken part in the Fruit Fly Circus National Training Project, building skills in trampolining, teeterboard and tumbling. Isabel is an actor and theatre-maker who is a graduate of the University of Wollongong. Her performance skills include pantomime, music theatre, contemporary dance, singing and voice, and her work in Unbecoming (a one-woman play by Cathy Petőcz) received critical acclaim.

This is the first time the performers have attended the Adelaide Fringe, and when planning their trip they figured they might as well put on a show while they’re here.

Star Theatre Two is the perfect venue for them. The vintage seats, velvet curtains and intimate space set the scene for a spot of clowning, physical theatre and shadow play that’s a mix of old-school slapstick and classic romance (with a soundtrack to match), delivered using homemade cardboard props and some seriously cheeky winks.

Despite losing a bit of steam in the middle, Sole Mates picks up again while maintaining gentle humour and warm charm throughout. The show promised “all the fun stuff, a bit of the stupidly rubbish stuff and some mischief afoot” – it delivered on all three counts and deserves a bigger audience for its short season.