Sporting a yellow-sequin short jumpsuit and a mop of just-got-out-of-bed purple fairy-floss hair, then losing one of her sparkly pink high-heel shoes as she staggers among the tables of mimosa-sipping guests, Victoria Falconer looks every bit the worse-for-wear host you might expect at a breakfast show called Smashed.

But fear not, Fringe folk, Falconer is a cabaret queen and consummate professional – complete with COVID spit guard on her mic – so you’re in for a polished performance, even if it is served with flashes of flesh, flirtation and daytime drinking.

Their skills are extensive and eclectic. Dressed in spangly cowboy attire and performing to a song with the lyrics “Save a horse, ride a cowboy”, Woodbridge-Brown quickly warms up the Spiegeltent crowd with a display of acrobatics, whip-cracking and rope skills during which he accidentally lassoes Falconer’s violin resting at the side of the stage.

Other highlights include a brilliant lip synch to “Music is Everything” by reigning Ms Dragnation Australia Kween Kong, complete with cartwheels and death drop (à la Ru Paul’s Drag Race), and circus star Malia Walsh’s cheeky acrobatic display on a beer keg suspended from the tent roof. There’s also a sassy song and dance number from Baker (who begins in a rather demure dress and ends up wearing much less), and a sultry performance of “My Heart Belongs to Daddy” by special guest Miss Cairo (founder of the People of Cabaret initiative).

In between, audience volunteers are sought for a twerk-off in which they must work their butts off to eject small balls from a bum bag. On this morning, the bride-to-be in a large crew of hen’s party guests was an obvious pick, but was easily out-twerked by fellow audience member Lucy. And boy did the audience love Lucy – especially when she followed up by happily skolling half a dozen Bloody Mary shots in a game of Bloody Mary Roulette.

By the time Smashed reaches its climax with an ensemble performance accompanied by a remix of Suzanne Vega’s “Tom’s Diner” and a bathtub of milk, we’re primed to go back out into the daylight again, appetites whet for more mimosas and more madcap Fringe adventures. This really must be the most festival fun you can have before lunch.

Smashed – The Brunch Party, recommended for ages 18+,is being performed in the Spiegeltent in the Garden of Unearthly Delights again on March 8, 13, 14, 20 and 21. Audience members have the option of buying show-only tickets, or tickets that also include a brunch box. 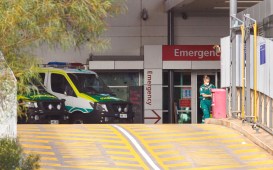 Ramping down despite record COVID hospitalisations 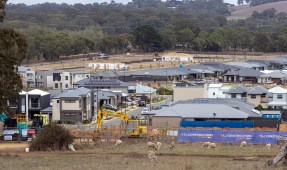 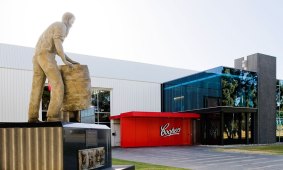 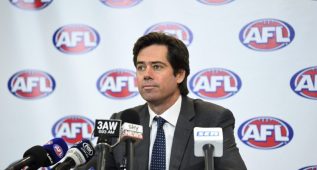