There are more than 1200 Adelaide Fringe shows. As an arts reporter, it’s difficult to wrap your head around all the cabaret, music, drama and comedy on offer across the festival’s 31 nights, and as a punter it’s even more challenging.

But an offer was sent to all media representatives to help: “Adelaide Fringe would like to invite you to our Meet the Media event.

“The event will be conducted around the speed dating concept in which each artist will receive a brief allocation of time to ‘elevator pitch’ their show in an attempt to pique editorial interest.”

In the 30-degree heat at Roxie’s on Grenfell Street, a roster of emerging film directors, Celtic rock musicians, vegan comedians, child stars, meme magicians and other varied and miscellaneous talent tried to convince this journalist they were worthy of coverage – or at least a second date to see their performance.

These are the five we found most enticing.

Welcome to the Nightmare 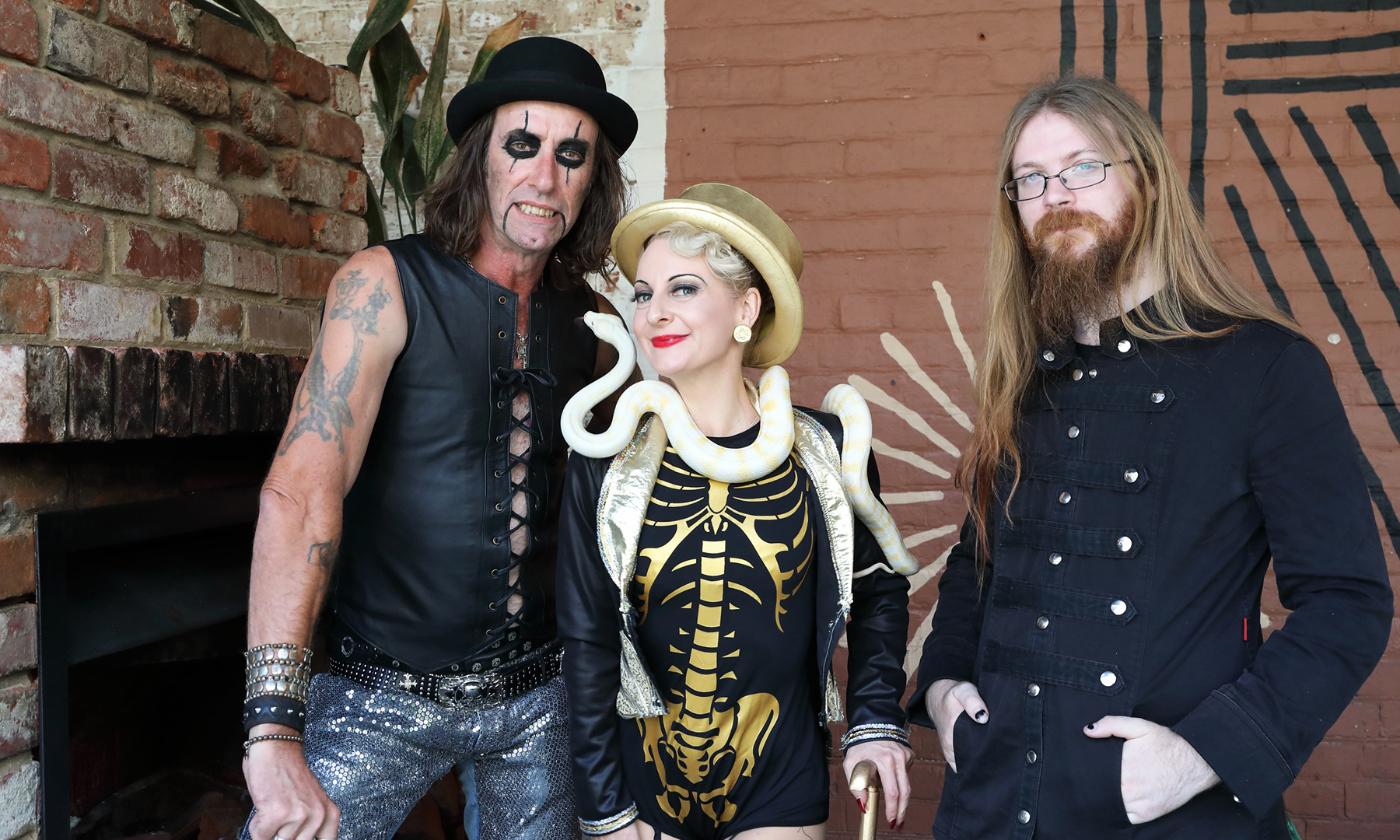 “There will be a lot of everything – a lot of props, a lot of theatrics, we even had the guillotine built,” singer Dave Hudson says of his Alice Cooper tribute show Welcome to the Nightmare. Based on the rock musician’s famous horror-themed live performances – which earned him the Godfather of Shock Rock title – it will include all the songs on Cooper’s 11th album, Welcome to My Nightmare. Expect glamour, snake charmers and costumes, plus burlesque dancer Flavella L’Amour dancing with her albino python and “an even bigger snake”.

Welcome to the Nightmare is playing from Saturday, February 15, to Thursday, February 27, at a range of Adelaide Fringe venues.

Stuart Campbell was having an “advanced midlife crisis” when he developed his bucket list. The first order was to buy a bucket, the second was to try stand-up comedy, and the third was to kick that said bucket. “Doing it in order was crucial,” he says with a laugh. Kicking off on Valentine’s Day, Love 2 Laugh will feature a roster of emerging comics – including Campbell – trying their hand at Valentine’s Day-themed comedy . The event promises the best and newest stand-ups in Adelaide, so instead of saying “bugger off” to Campbell’s midlife crisis, revel in it.

Based on real events, the play Bordertown (produced by South Australian Playwrights Theatre) follows the story of country hairdresser Patricia Barnes as she pushes her daughter to find fame, fortune and success in Los Angeles. This was after she tasted the attention herself – Patricia styled the hair of Bordertown’s most famous resident, former Prime Minister Bob Hawke. “It’s a comedy and a tragedy about fame, hair and Bob Hawke,” Bordertown playwright Matt Hawkins explains of the production. Actor Stephen Tongun – who is slated to feature in the highly anticipated Stateless television series – plays D-grade actor Tyrone and believes Bordertown will help you “laugh about your problems” and the lifestyles of the rich and famous. 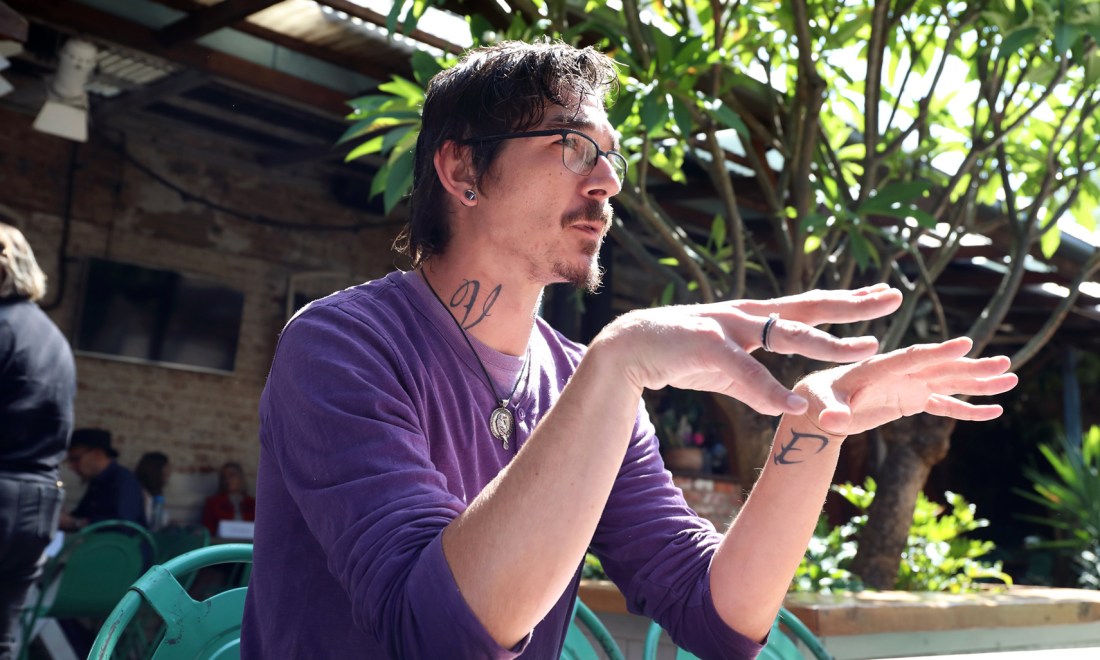 Co-creator of Numinous Asylum Ben Davenport says this groundbreaking work is designed to start much-needed conversations about the treatment of mental health. “We [the four creators] got together and we shared some deeply personal stories, and we decided to turn those personal stories of trauma into this,” he explains. The play is set in an archaic mental institution and centred on characters in the midst of their own psychological journeys. The aim is to increase people’s understanding of the backstory behind mental illness and challenge how we often judge those going through trauma. “Instead of locking them up and heavily medicating them, trust in counselling first,” Davenport says.

“We would love to have you for dinner.” Peach Cobbler asks patrons to meet in the intimacy of someone’s living room and revisit uncomfortable conversations we’ve all experienced. With topics swirling in racist, sexist and other uncomfortable themes, it explores how individuals navigate controversial ideas and whether political correctness has “gone mad”. The intimate immersive event is the third stage work by Adelaide playwright Laura Desmond, whose show socially [un]acceptable was nominated for Best Spoken Word at the Greater Manchester Fringe.