Devised and performed by two wonderful Iranian performers, Shiva Makinian and Benjamin Esbati (of Saye Theatre), the performance  has minimal dialogue, and is Artaudian in its use of repetition, ritual and symbolism.

The pace is deliberately slow, agonisingly slow, because this is the reality of living with a loved one who is degenerating before your eyes because of confinement and deprivation of the things that make life worth living (such as home-cooked meals).

Makinian is radiant as the adoring, pregnant wife who lovingly prepares meals for her suffering husband and she routinely takes food to the table, walking in the same pattern, much like a caged lion, sensitively touching his back in a desperate attempt to maintain their relationship. This is not a female being subservient; the couple are in desperate circumstances and trying to maintain their dignity and identity.

The food served is metal: nails, screws, bolts, then bullets and shrapnel.  The soundtrack has gunfire and explosions softly in the background as a reminder of the terrors the couple have fled from and that remain within their memories. As the daily ritual is repeated, Estabi’s physical and mental condition deteriorates and he heartbreakingly reaches out to the woman who is losing him. 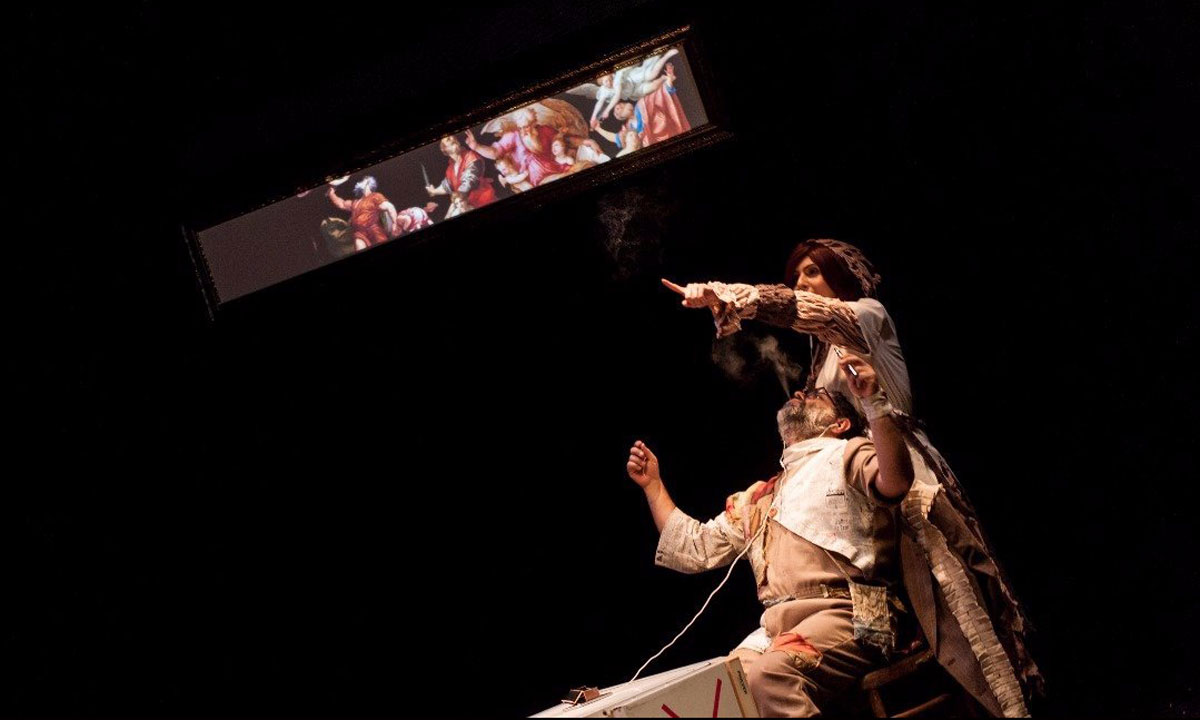 Performances such as The Silent House can help further understanding of the plight of refugees detained for many years, hopefully encouraging people to be more compassionate in providing opportunities for those in need.

The actors are beautiful in their incredibly controlled, disciplined, subtle demonstration of humanity. They show how theatre can be very simple – an empty space, an actor and an audience – while an idea, when executed by skilled performers, can be life-changing and everlasting.

The Silent House is being performed at The Garage International at Adelaide Town Hall until March 2. See more Adelaide Fringe reviews and stories here.