The guide is an initiative of the Don Dunstan Foundation, whose executive director, David Pearson, says it offers Fringe-goers the chance to see the world from a different perspective.

“At its best, art can inspire us to take action for a fairer world,” he says in the introduction. “This is the very purpose of the Don Dunstan Foundation, and is why we have put this guide together.”

Pearson says the Social Change Guide to the Adelaide Fringe presents a “diverse display of culture”, and he hopes it will also inspire people to get involved in the social change organisations that have supported the initiative.

The digital guide features a cover image of former SA premier Don Dunstan, who was a Fringe patron and arts supporter.

It comprises more than 85 shows and events, some of which have more obvious links than others to the theme of promoting cultural diversity, social progress and understanding.

Among them are Aftershocks (Odeon Theatre), an SAYarts theatre work about suicide; Scorch (Holden Street Theatres), a story of first love through the eyes of a gender-curious teen; What Doesn’t Kill You, a play that raises questions about the effects of domestic violence on impressionable young men; and Angel by Henry Naylor (Holden Street), which is inspired by the true story of a young girl who became a sniper and helped defeat ISIS at the siege of Kobane.

A number of shows look at the issues of racism and asylum seekers: Tom Ballard’s Boundless Plains to Share is a comedic exploration of immigration in Australia;  I’d Turn Back (Bakehouse), written by 17-year-old Liv Smith, is scripted from verbatim accounts of refugees, and Australia, Let’s Talk About Golliwogs (Gluttony) is a show about race issues presented by a Welsh-Samoan comedian from New Zealand.

Adelaide Fringe director and CEO Heather Croall says many of the producers and presenters behind the shows have based them on personal experience “in the hope they can start honest conversations and reduce stigma in the community”.

The Social Change Guide to the Fringe can be found here. 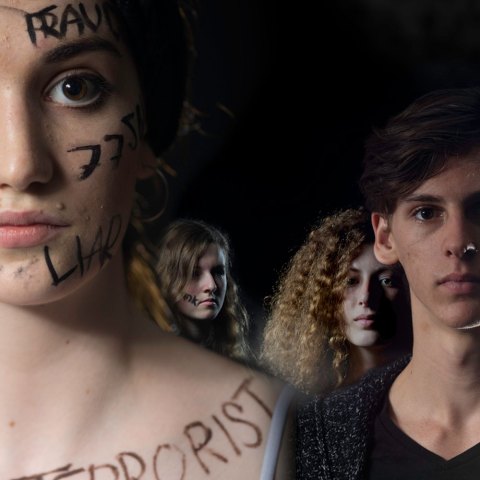 I’d Turn Back explores the plight of refugees.