No one understands dance and its ability to navigate a commanding narrative like Bangarra Dance Theatre. The company is an expert at blending First Nations language, contemporary and traditional movement, music and theatre into a tidal wave of truth-telling that engulfs the audience, immersing them in the story.

It’s the great legacy of artistic director Stephen Page who, after three decades at the helm, is about to hand the wheel to Frances Rings. Page’s lionhearted vision has steered Bangarra from humble beginnings in a Sydney suburb to its current position as an internationally respected company that has thoroughly earned its prominence on the world stage.

Passionate about bringing First Nations stories to life, Page has directed and choreographed almost 40 works with Bangarra, honouring the lives of First Nations people and keeping the cultural heritage alive and relevant. These include the highly acclaimed Bennelong (about the Wangal warrior and his first contact with colonial invaders), which won no less than six Helpmann awards.

Wudjang continues the tradition, this time focusing on the Yugambeh nation, Page’s people on his father’s side. It tells the story of Bilin (skilfully played and sung by Kirk Page, Stephen’s nephew), who witnesses the unearthing of ancestral bones during the excavation of a dam (think back to that explosion in the opening scene).

The bones belong to Wudjang (the Yugambeh word for mother), portrayed by Elma Kris, one of Bangarra’s longest-serving dancers. A ceremony is performed to awaken her spirit, the participants singing out: “While the land is here, we are.” 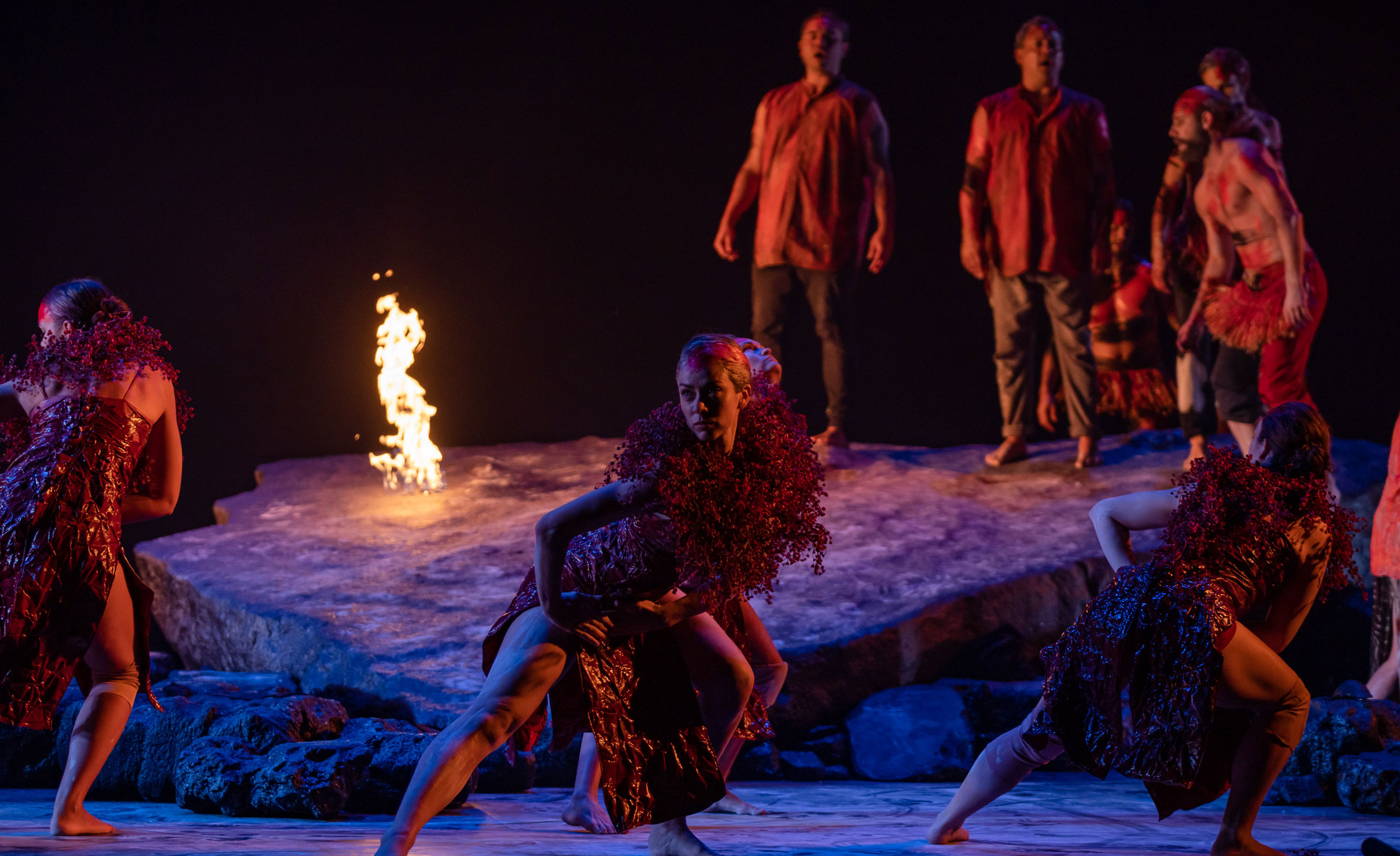 Bangarra dancers perform Wudjang: Not the Past. Photo: Daniel Boud

The knowledge of the ancestors is encapsulated in Kris’s every move, her body held close to the ground, her gestures far-reaching, her ancient wisdom palpable. Alongside her is Gurai (Lillian Banks), a younger, freer spirit of curiosity whose movements are more ethereal, less primal. She is a reminder that while Wudjang’s knowledge is ancient, it is “not the past” but right here with us now, as relevant as ever.

Not everyone agrees. Bilin tries to explain the value of listening to Wudjang’s wisdom to his niece Nanahng (honey-tongued singer Jess Hitchcock) but her youthful desire to be present in the 21st century rails against the idea. “I have to go. Life is moving fast. These are only bones. This is still the past.”

Wudjang carries on with her teaching regardless, telling the stories of first contact, the resistance of the Yugambeh, the Nerang River massacres and the abuse of women, stolen and raped by colonisers.

Sound and lighting (Nick Schlieper) are also employed in the aim of truth-telling. During the massacres, a gunshot scene (a lightning flash, a fearsome bang, the sudden dark) is reminiscent of the ear-splitting explosion as the dam is excavated in the opening scene. Again, this is “not the past”: the hurt of it, the damage, still resonates today and is ongoing in current practices of wilfully abusing Aboriginal land despite protest from the rightful custodians, not to mention police shootings and deaths in custody.

Wudjang is Bangarra’s most ambitious work to date, epic in scale, deeply harrowing but ultimately joyous, charged with a belief in a better future. In the end, Wudjang is returned to Country, and Maren (powerhouse diva Elaine Crombie) and Nanahng sing a beautifully moving duet in celebration of the strength she gives them. Nanahng has finally recognised the importance of listening to the ancient mother of the land. “Whisper the secrets of Country. Gift my inheritance, please.”

The final scene is quietly moving yet spectacular. Combining modern operatic ballad and traditional song, a contemporary ceremony is performed. Branches of golden wattle are beaten on the ground, producing a breathtaking shower of golden petals from the heavens.

At the same time, we hear a repetition of “While the land is here, we are. We will never leave”. In the face of all we’ve seen it holds a new power, a new defiance. The deep knowledge of the past is still held and spoken by First Nations people living on Country. Cultural ceremonies are still practised. The knowledge is being passed on. “The energy of that and the spirit of that – that’s the shield; that’s the resilience for our future,” says Page.

Wudjang: Not the Past is a clear indicator, if we needed one, that Bangarra is bringing that spirit to life for Australian and international audiences alike. It is carrying on the songlines, ensuring their ongoing relevance. Long may its important work continue.

Bangarra’s Wudjang: Not the Past is playing at the Festival Theatre until March 18.