Imagine a scenario in which Juliet and Romeo didn’t die.

UK theatre and dance company Lost Dog and director Ben Duke bring us a painfully wry and riveting portrait of a marriage, in which the Bard’s most famous lovers survived their famous tomb scene. This clever and sensuous dance-theatre piece reinvents their story, with the couple escaping their feuding families. Twenty years later, the intensity of new love has long burned itself out, leaving Romeo and Juliet living ordinary lives with a daughter and secrets smouldering beneath the ashes of a now-passionless marriage.

The action opens with the famous lovers sitting side by side in matching armchairs. It’s a classic therapy scenario, complete with pot plant and box of tissues. The marriage has hit a rough patch. To kick-start dialogue, the couple embarks on a memory exercise in which they recreate and analyse key moments in their relationship.

Using dance and drama, humour and heartbreak, Duke’s remarkable reimagining of this ill-fated narrative fuses myriad versions of the story – from Rudolf Nureyev’s ballet to Baz Luhrmann’s film. The interweaving of dance, music and dialogue is perfectly paced, and in combination with the choreography, this makes for emotionally stunning theatre. 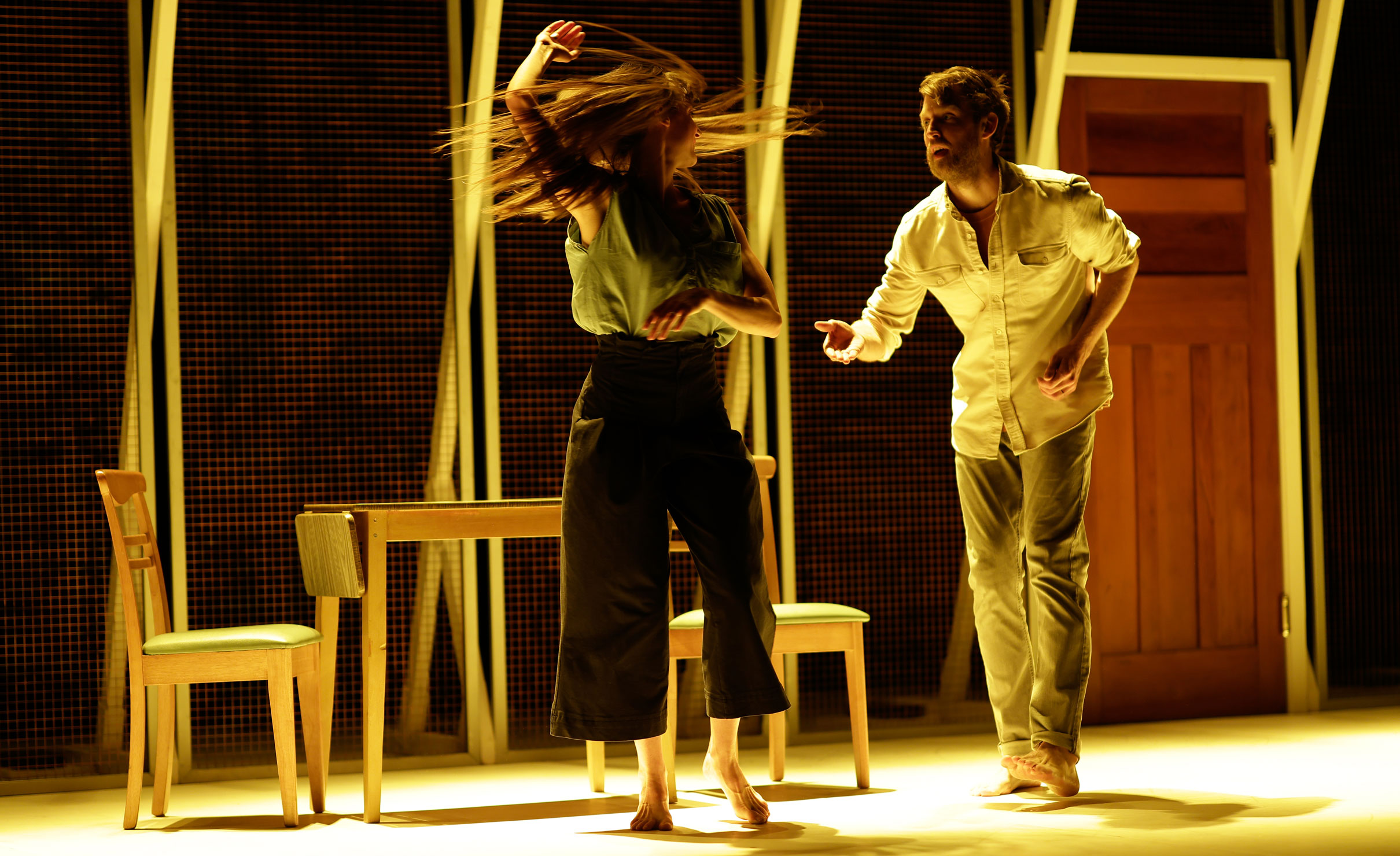 Johnson and Weinachter both enthral as this subverted version of the famous couple. From their first dance movements re-enacting their legendary meeting, the pair are magnetic. When Romeo re-enacts his first glimpse of Juliet, his hip-thrusting dance to a Beatles number shows him alight, not with poetry, but lust. In Juliet’s more romantic version, Romeo glides over, her memory playing a contrasting soundtrack of Cat Power and Prokofiev.

In this fresh narrative of their lives, we are shown a marriage that, while fascinating, is also incredibly familiar in its conventionality. They elope and set up house in Paris. Juliet suffers a miscarriage and later gives birth to Sophie. Romeo adores his daughter (it’s to her that he speaks his most gorgeous line from Shakespeare’s play), while Juliet’s post-partum depression and struggle with motherhood is delivered a powerful solo moment involving a defiant Sophie, a lost wallet and a parking ticket.

This is an inventive and acutely observed portrait of marriage, where familiarity has burned away that addictive, initial rush of desire. Yet it’s also a tragic study of a couple haunted by their individual, romanticised versions of their relationship.

Lost Dog has created an unforgettable reimagining of one of the world’s most famed romances, and despite the welcome humour, it remains just as tragic as Shakespeare’s original. Yet perhaps most devastating is the couple’s ultimate rejection of the story of their love – a shared narrative that managed to sustain their marriage for decades, and has enthralled the world for centuries.

Juliet & Romeo is playing at the Scott Theatre until March 12