Bleak is the word that immediately comes to mind when reflecting on Danish film director Lars von Trier’s Breaking the Waves.

It’s hardly an original description; at the time of its release, film critics also called it “grim”, “wrenchingly passionate” and “emotionally and spiritually challenging”.

The raw – sometimes disturbing – nature of the film set in an insular Calvinist community in 1970s Scotland is not, however, why American composer Missy Mazzoli was initially hesitant about the idea of turning it into an opera.

“It was really because I love that film and, for me, there’s so much depth to the characters and it’s such an amazing, compelling, strange story that doesn’t go where you expect it to go,” she tells InDaily from New York.

“So I was kind of reluctant to try to make something out of this story that I thought was already a great film, but the more I watched it the more I felt that the depth of the characters was a way in and allowed me to bring something to it musically that is not illuminated in the film.

“From the beginning, we set out to make something that was very, very different to the film and I think we’ve done that. By the time I thought of it that way, I was really intrigued by the project.” 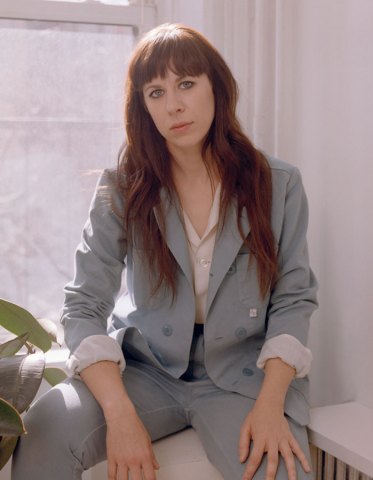 Mazzoli spent three years working on the score for Breaking the Waves, which was originally commissioned by Opera Philadelphia for its 2016 season. A new production of the work directed by Tom Morris for Scottish Opera was presented (to mixed reviews) at last year’s Edinburgh Festival, and will have its Australian premiere next month at the Adelaide Festival with the Scottish Opera cast, orchestra and chorus.

For those unfamiliar with von Trier’s film, it centres around a young Scottish woman, Bess (played by Oscar-nominated actress Emily Watson), who marries Danish oil rig worker Jan against the wishes of her strict Calvanist church. When Jan is paralysed in a work accident and urges her to have sex with other men, Bess’s misplaced guilt over his injury and her desperation to save him see her acquiesce, with the Adelaide Festival program notes describing her as “a troubled, anti-Joan of Arc bursting out of a repressive patriarchy via a bizarre pact with God”.

One of the “delightful ambiguities” of the film, she tells InDaily, is the precise nature of the relationship between Bess and Jan (played in the live production by soprano Sydney Mancasola and baritone Duncan Rock). It is something she and librettist Royce Vavrek tried to retain in the opera.

“I approached this story relating closely to Bess and her predicament as a woman.

“We tried to stage the piece in that way, so Bess is often surrounded by people singing at her, telling her what to do.”

It’s a familiar feeling for Mazzoli – and many other women: “The line of acceptable behaviour is still razor-thin; women are constantly falling off of it in one direction or the other.”

She says the very nature of an opera makes almost about everything about this take on Breaking the Waves different to the screen version, hallmarks of which were von Trier’s extreme close-up shots and hand-held camera work.

“We don’t have that in live theatre – you can look anywhere you want.

“But I also feel like opera’s superpower is in subtext, in adding layers – and so you can have the character singing one thing in words and then the stage picture tells you something else and then maybe the music illuminates what’s going on in their mind, which could be something completely different.

“You have at least three layers of psychology going on at any one moment.” 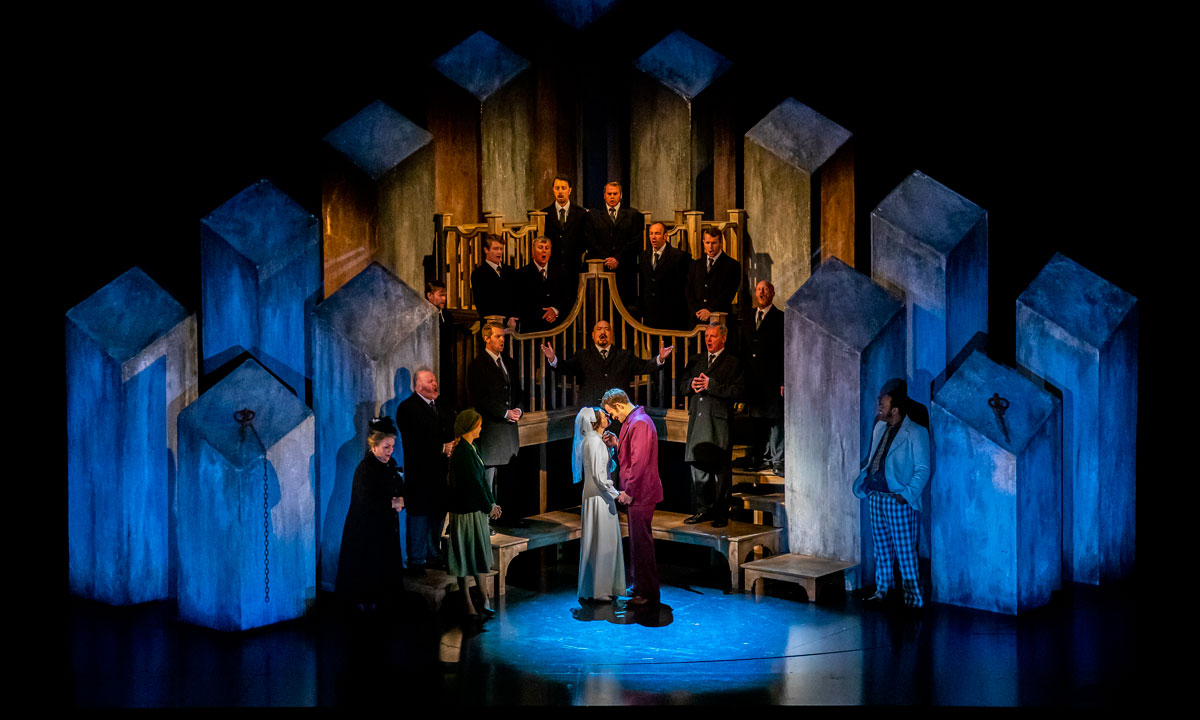 The striking, rugged landscape of Scotland’s Isle of Skye, where most of Breaking the Waves was filmed, reinforces the dramatic intensity of the story and the authenticity of the insular community in which it unfolds.

It also had a strong impact on Mazzoli and Vavrek, who visited the island before they even began writing the opera.

Mazzoli, whose music is mostly about conflicts between people, says it was one of the few times in her career she has been directly inspired by a landscape. The first chord of the opera is a direct representation of the ocean crashing against the cliffs at a place named Brothers Point on the island.

“I had never been there [Skye] before and was really struck by the landscape – we don’t really have anything quite like that in America in terms of the extremes of the landscape in one area.

“You have these landscapes where a lush rolling meadow sort of crashes off a cliff into the sea; you have a placid view of all these sheep and beautiful houses, and then there’s these rock formations that kind of jut out of the earth in an extreme, almost violent way.”

The libretto of the opera is faithful to the original narrative of the film, but while the production has a similar feel, Mazzoli says the fact that it is a live performance with music throughout it creates a kind of “emotional buffer”.

“We didn’t want to shy away from any of the intensity of the film or the subject matter – I think there a degree of sexuality and violence which is a core part of this story and I wanted that to be in the opera as well; I think it’s important for Bess’s journey.

“But the fact that you have this orchestra between you and the action does give it a different emotional feeling; because we’re able to illuminate her [Bess’s] psychology through the music, we give her a bit more agency.

Breaking the Waves will be presented at the Festival Theatre on March 13 and 15 as part of the 2020 Adelaide Festival, which opens on February 28.

The Mercury Cinema is presenting a screening on February 18 of the original 1996 film, which is also available to view on SBS on Demand.