A total of 117 Australian and international writers will take part in this year’s six-day festival, which has the theme Being Human and will be in the Pioneer Women’s Memorial Gardens from February 29 to March 5.

Along with Roach, Garner and Tsiolkas, more than 50 other writers have been added to the program launched last night, among them Canadian novelist Michael Christie, Australian climate change writer Tim Flannery, Australian concert pianist and writer Anna Goldsworthy, and former white supremacist leader and co-founder of the non-profit organisation Life After Hate Tony McAleer.

Writers’ Week director Jo Dyer introduced the Twilight Talks early-evening sessions last year, and says the expanded four-session line-up this year makes the most of the festival’s open-air location while offering a chance to hear writers speak in a less formal way.

She will host two of the sessions herself – including one in which authors will speak about “that terrible moment when they hit their life’s rock bottom” – while Benjamin Law will host the other two in a live chat show format.

“I think that will be great – he’s such a garrulous raconteur and so charming and it just gives a different format to asking questions from these wonderful guests we’ve got,” Dyer says of the sessions hosted by Law, author of the memoir-turned-TV-series The Family Law.

“It will be informative as well, but also incredibly entertaining and a way people can come and spend an hour in the gardens with a glass of wine at the end of the day and perhaps even before they go off to one of their Festival shows.”

Dyer says Writers’ Week’s 2020 over-arching theme of “being human” explores “how we as humans are going to deal with the complexities of the contemporary world”.

It encompasses everything from the vulnerabilities caused by climate change and challenges created by the speed of change in the digital world, to Indigenous rights and gender relations .

Dyer acknowledges that many of the daytime sessions – with titles such as Where to for #MeToo, The Science of Fate, The Uluru Statement: Where the Bloody Hell are We? and Christianity’s Crossroads – indicate a high degree of uncertainty and angst in contemporary society.

“What literary festivals do is give us time to think but also to listen to what people with expertise and experience are saying. People who spend a lot of time writing books delve deeply and profoundly into the subjects about which they are writing.”

Nonetheless, she says many authors deal with weighty subjects with “the lightest of touches”.

“That’s the great thing – you can enter into these stories and truths and histories and humanities through fiction in lyrical ways and light ways but without in any way denying the strength and power of what’s being discussed.”

Dyer anticipates that the most popular sessions of 2020 will include those featuring Helen Garner, who in November published about a decade’s worth of her diaries in the book Yellow Notebook, and Blanche d’Alpuget, author of the recently revised Bob Hawke: The Complete Biography.

“This is the definitive, and final, and sadly the now-complete story of the life of Bob Hawke in all his various guises, but it’s also the first time that Blanche has been able to write herself into that story,” Dyer says.

“That final chapter of Hawke’s life is also about the life that they shared, so I think people will be very keen to hear from Blanche.”

She believes there will also be strong interest in Ukrainian-American historian Serhii Plokhy’s account of the 1986 Chernobyl catastrophe and its aftermath, and in the session featuring Canadian novelist Michael Christie, author of the sprawling family epic Greenwood. 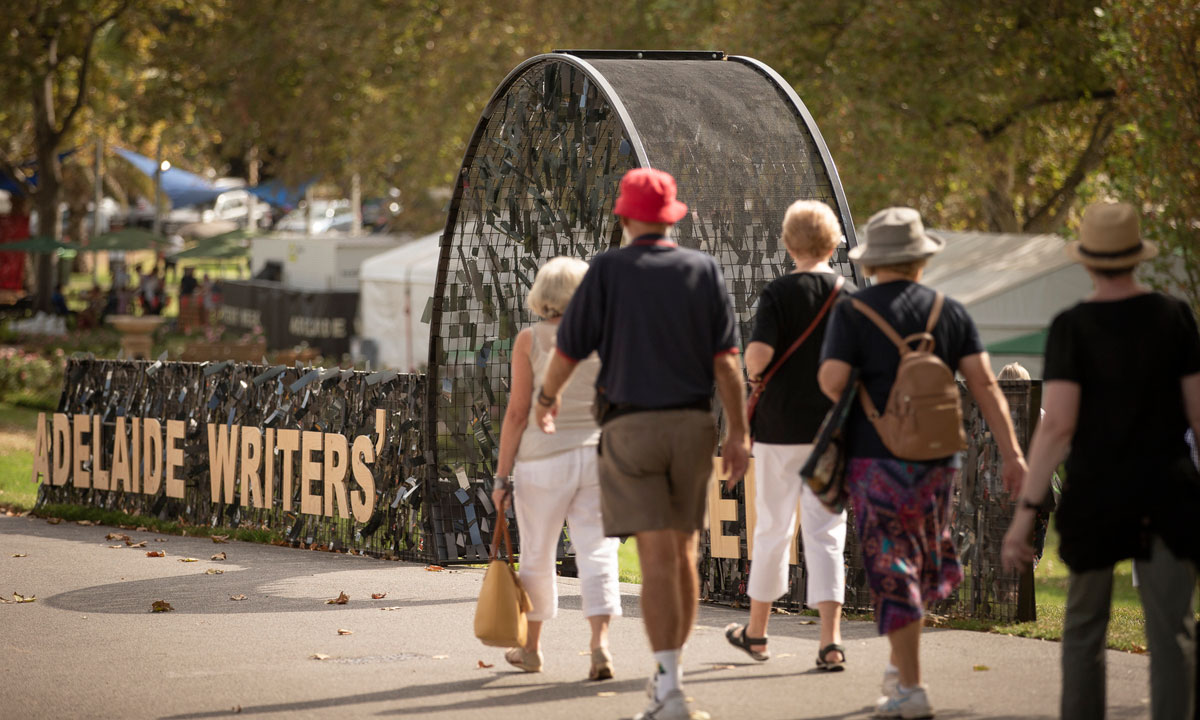 “For people who prefer fiction, there are lots of great stories to read but along the way there are things to learn and to ponder and to contemplate,” Dyer says.

The 2020 Adelaide Writers’ Week features a ticketed opening event, The Only Constant, which will take place in the new Festival venue The Workshop below the Adelaide Festival Centre and feature writers Chigozie Obioma, Sanam Maher and Tyson Yunkaporta.

The six-day program also includes a day for “teens and tweens”, including spoken-word and music performances; the debut storytelling event Deaf Storytellers Live and the always-popular Kids’ Day. The full program can be downloaded here.