Armfield and Healy say that in planning their fourth program, “we have searched the globe looking for works of great scale and delicate intimacy, works that play to the heart and the mind, that suggest ways forward for both the artform and the species”.

They describe next year’s event as “the most accessible yet”, due to changes to discount ticket schemes and educational programs, as well as free events.

Musician Tim Minchin will headline the free anniversary concert which will take place in Elder Park on the first Saturday, February 29. Although the rest of the concert line-up won’t be announced until nearer the time, the program promises “music and dancing, light and spectacle, ceremony and celebration, food – and, of course, fireworks”.

Produced by Britain’s Almeida Theatre and directed by Robert Icke, The Doctor is an update of a 1912 Viennese drama about a hospital doctor who refuses to allow a priest perform the last rites for a patient who is not aware she is dying. 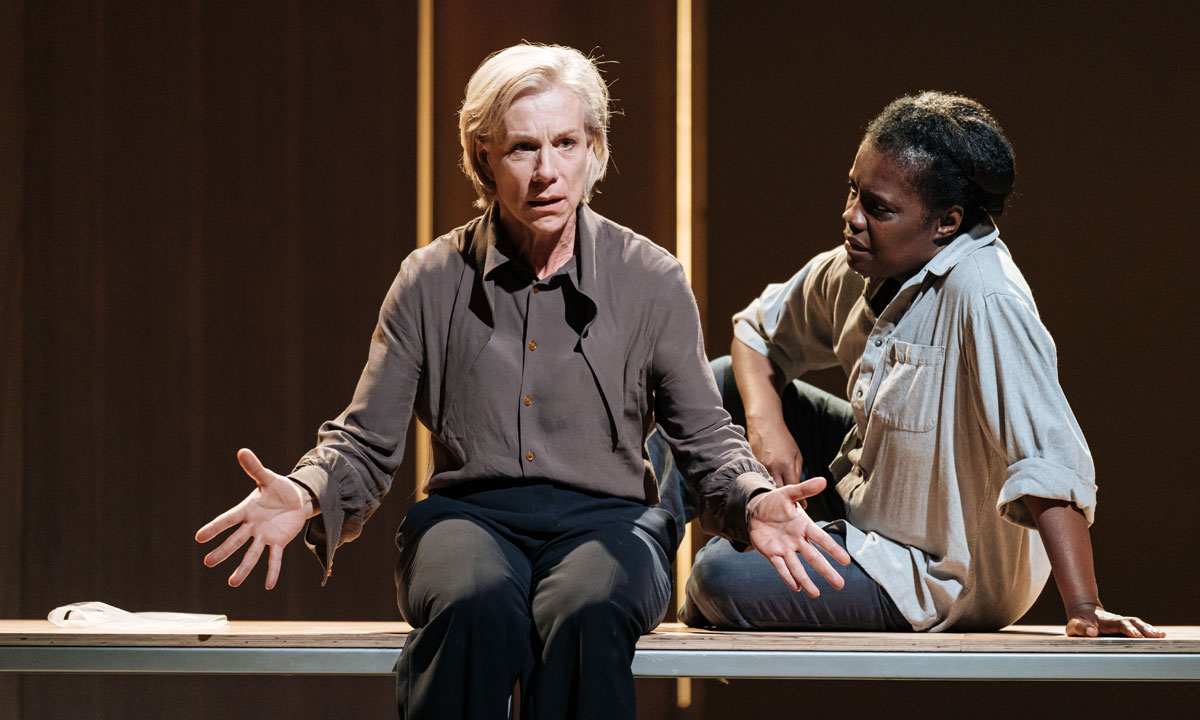 Almeida Theatre’s The Doctor earned glowing reviews when it premiered in London.

Icke’s version of the play, which is set in contemporary London and earned a string of five-star reviews when it opened there, explores issues surrounding freedom of religion, medical ethics, gender and class.

“It’s so gripping that you almost don’t want to leave it at interval – it’s an absolutely astonishing piece of work,” Healy says.

The major dance work of the 2020 program is Lyon Opera Ballet’s Trio Grandes Fugues, which celebrates the 250th anniversary of Beethoven’s birth. Three international choreographers each created works that respond to different recordings of the German composer’s The Great Fugue, with their different interpretations to be performed back-to-back at the Festival Theatre.

Offering a very different kind of music experience will be the interactive virtual-reality work Eight, which features a song cycle composed by Michel van der Aa and performed by singer-songwriter Kate Miller-Heidke. Visual and sound elements are given equal weight in the 30-minute work, which is experienced by one person at a time wearing a VR headset.

“It invites you into a journey almost hand in hand with Kate Miller-Heidke … it’s totally interactive and unlike anything I’ve experienced before,” Healy says of Eight, which will be at the State Library’s Hetzel Lecture Theatre for the duration of the Adelaide Festival.

Over the final four nights of the Festival, Adelaide Botanic Gardens will host a fire installation by French “luminary alchemists” Compagnie Carabosse, who presented a much smaller work at WOMADelaide in 2017 and have also illuminated sites ranging from England’s Stonehenge to Moscow’s Kremlin Square.

Fire Gardens – which will be similar to an experience (see below) that attracted more than 30,000 visitors at last year’s Melbourne Festival – is described as a magical wonderland featuring tunnels of fire, leaping flames, flickering sculptures, fiery urns and live music.

Another family-friendly feature will be the public artwork A Doll’s House, by Japanese artist Tatzu Nishi, whose previous site-specific installations include a functioning hotel with a single room built around a large statue of Queen Victoria in England’s Liverpool, and a living room constructed on top of an anti-aircraft gun in Taiwan.

Nishi’s “life-size” three-storey doll’s house will be installed in Rundle Mall for four weeks, creating what Healy and Armfield describe as “a fantasy play-space for adults as well as children … it’s huge and it’s free – the Festival’s birthday gift to the Adelaide CBD”.

The loss of the Riverbank Palais will see the Festival move its contemporary music program to a new “underground venue” known as The Workshop in the Adelaide Festival Centre, with a line-up including The Parov Stelar Band, Clare Bowditch, Didirri, The New Pornographers, and Lisa Gerrard & Paul Grabowsky.

The popular Long Lunch series hosted on the Palais in recent years will not return in 2020.

Other highlights of the 2020 Adelaide Festival include:

Cold Blood: A Belgian show which uses elements of theatre, dance, cinema, comedy, drama and illusion to tell the tale of seven tragi-comic deaths. Set to an eclectic soundtrack, the story is filmed on miniature sets in front of the audience – incorporating what has been dubbed “nano-dance” because the “principal dancers” use only their fingers, hands and forearms – and then projected onto a large screen. In a five-star review, The Scotsman newspaper said Cold Blood was almost impossible to describe in a way that does it justice, but it “never falls short of stunning”.

Bungul: The world premiere staging, at Thebarton Theatre, of Gurrumul Yunupinju’s final album, Djarimirri (Child of the Rainbow). It will include the traditional songs, dances and paintings that inspired the album in a live show featuring Yolngu dancers, songmen and the Adelaide Festival Orchestra, co-directed by Nigel Jamieson and Yolngu elder Don Wininba Ganambarr.

Breaking the Waves: Part of the opera program and an Adelaide Festival exclusive, Scottish Opera’s Breaking the Waves is based on Lars von Trier’s bleak 1996 film of the same name, starring Emily Watson and set in a Calvinist community in 1970s Scotland. With a score by American composer Missy Mazzoli, the opera had its world premiere at this year’s Edinburgh Festival and will be presented at the Festival Theatre with the original cast and the Scottish Opera orchestra and chorus.

Mouthpiece: Another Edinburgh Festival highlight, this play by Scotland’s Traverse Theatre Company centres on the unlikely friendship between a 17-year-old boy from a deprived housing estate and a struggling middle-aged, middle-class playwright who wants to tell his story. Healy says it “completely upends” audience expectations, with a gripping story full of knotty and timely ethical issues.

Dimanche: A whimsical, family-friendly show from Belgium which uses puppetry, video and deadpan mime to tell the story of three filmmakers who travel to the North Pole to “capture a part of the world which is disappearing”. 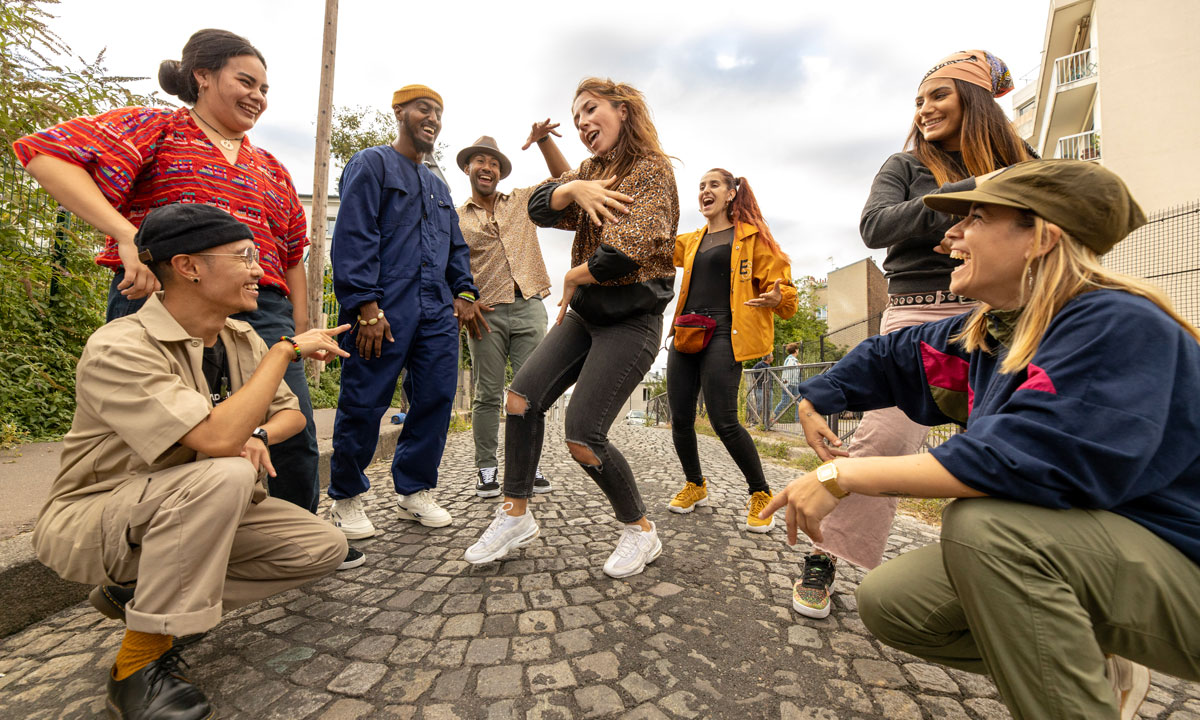 Cock Cock… Who’s There?: Armfield and Healy say Finnish/Egyptian filmmaker Samira Elagoz’s work – described as part video-art and part lecture – will take audiences on “a confronting but unforgettable ride through gender relations and online dating”. Elagoz began her project a year after she was raped by her then boyfriend, initially filming the responses of her family and friends to the attack, and then initiating a series of interactions with strangers in their own homes using online dating sites.

The Sound of History: Beethoven, Napoleon and Revolution: The Australian premiere (at the Town Hall) of a collaboration between Australian composer Brett Dean and historian Sir Christopher Clark to perform and examine moments from Beethoven concertos, as well as his Symphony No.3 (Eroica) and Dean’s Testament.