We all know the story. The novella on which Bizet based his 19th-century opera tells of an immoral femme fatale who lures a poor soldier with her feminine wiles, playing havoc with his life until, ultimately, he brutally stabs her to death. It’s a tale unlikely to go down well with a post-#metoo audience.

What we didn’t know (until now) was how richly textured and multi-layered Bizet’s opera could become. Choreographer Johan Inger unwraps Carmen’s treasures and presents them as a glorious work of art that owns its place on the 21st– century stage.

The performance begins with a small boy dressed in white shorts and shirt, the picture of innocence. He bounces his ball against a concrete wall, the thuds echoing loudly when he is joined by a sinister “shadow” who slaps the wall in time to the ball’s bounces.

The boy is a fiendishly clever addition and key to Inger’s intent. He represents the potential for joy that is destroyed by dark human emotion. And he is perfectly portrayed by Anna Merkulova, whose subtle movements and tightly held poses seem to contain all the pent-up anguish of childhood innocence lost. 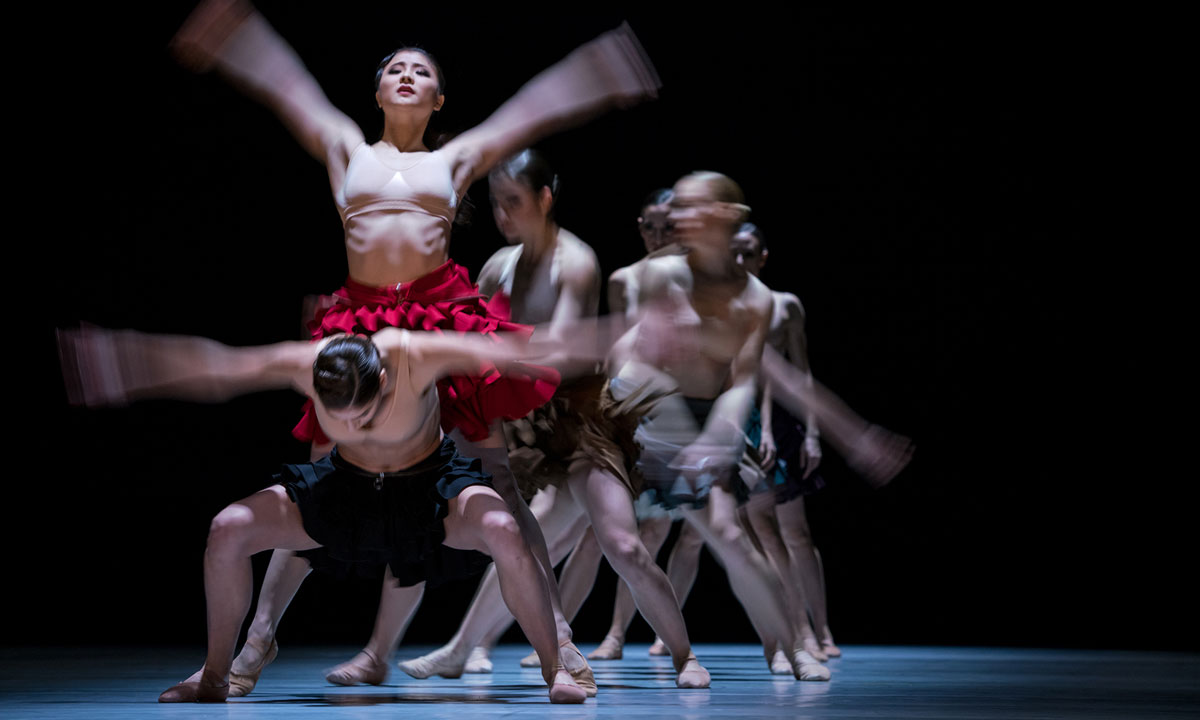 Carmen is showing at the Festival Theatre. Photo: Ian Whalen

The astonishing choreography that follows is a perfect blend of allegro and adagio movement, played out in wave upon wave of mesmerising solo, pas de deux and corp de ballet sequences that ebb and flow across the stage, entirely justifying the Prix Benois de la Danse (the ballet equivalent of an Oscar) that Inger received for this work.

Factory workers stride up and down, forming lines, breaking into groups, lining up again in a rhythmic pattern that is marked by composer Marc Álvarez’s inventive score. Álvarez layers Bizet’s famous libretto with experimental sounds — a discordant piano scale, the rhythmic clang of steel pipes — to create a shimmering quilt of music that is at once comfortingly familiar and surprisingly new.

Solo and pas de deux pieces from the principals are equally beguiling. Christian Bauch dazzles, literally and figuratively, in his black-sequined jacket. He is every inch the toreador, sinewy as a bull, with the strutting arrogance of a flamenco dancer.

And as Carmen, Ayaha Tsunaki has just the right combination of mischief and seduction. She commands the stage with her captivating charm and a confident awareness of her own allure.

The two final ingredients in this magic concoction are David Delfin’s fabulous costumes and Curt Allen Wilmer’s set, a masterpiece of technical and artistic ingenuity. The original concrete walls whirl around the stage, magically transforming into mirrors, boxes, doors and finally, the light at the end of death’s tunnel.

Any attempt to update Carmen could easily see it twisted into a biting attack on toxic masculinity, but Inger has opted instead for a heart-wrenching acknowledgement of human frailty. The characters are so complex and delicately nuanced that we feel for all of them: José trapped in the torment of his own jealousy, Carmen restless, never satisfied, and the poor young boy, confused and conflicted as he bears witness to the tragedy.

Bizet’s original opera startled audiences with its daring portrayal of a Spanish underclass. Two hundred years on, Inger and the Dresden Semperoper Ballett reframe Carmen for contemporary audiences and do it so beautifully and profoundly that it startles us anew. An utterly gorgeous visual feast that marries innovation and tradition to encapsulate the eternal heartache of the human condition.