Every year hundreds of Australian and New Zealand artists enter the Archibald Prize hoping to be selected as a finalist and appear in the prestigious exhibition at the Art Gallery of New South Wales.

While the top prize of $100,000 carries significant appeal, there is much more to the Archibald than financial gain. Since its inception in 1921, artists have presented a range of famous faces and local heroes who are distinguished in art, letters, science or politics.

Blak Douglas’s portrait of artist Karla Dickens, Moby Dickens, was on Friday named the winner of this year’s Archibald, the first time a portrait of an Aboriginal woman has been awarded the prize. Douglas is the second Aboriginal artist to win the Archibald, following Vincent Namatjira’s landmark win in 2020. 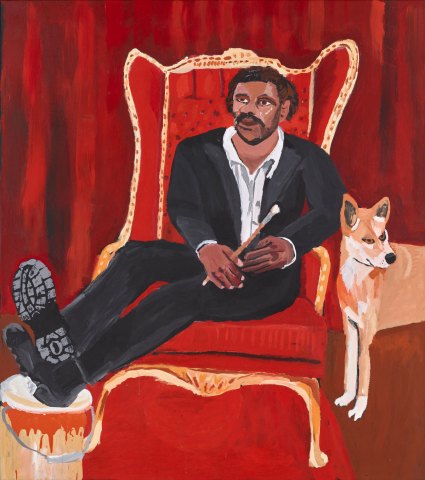 Namatjira was a finalist for the fifth time, on this occasion presenting a self-portrait. It was Kammer’s first time as a finalist, with her engaging portrait of Jamila Main – a playwright and actor, as well as a disability inclusion consultant and activist. Kammer and Main are both disabled artists who suffer from the same conditions and share similar values. 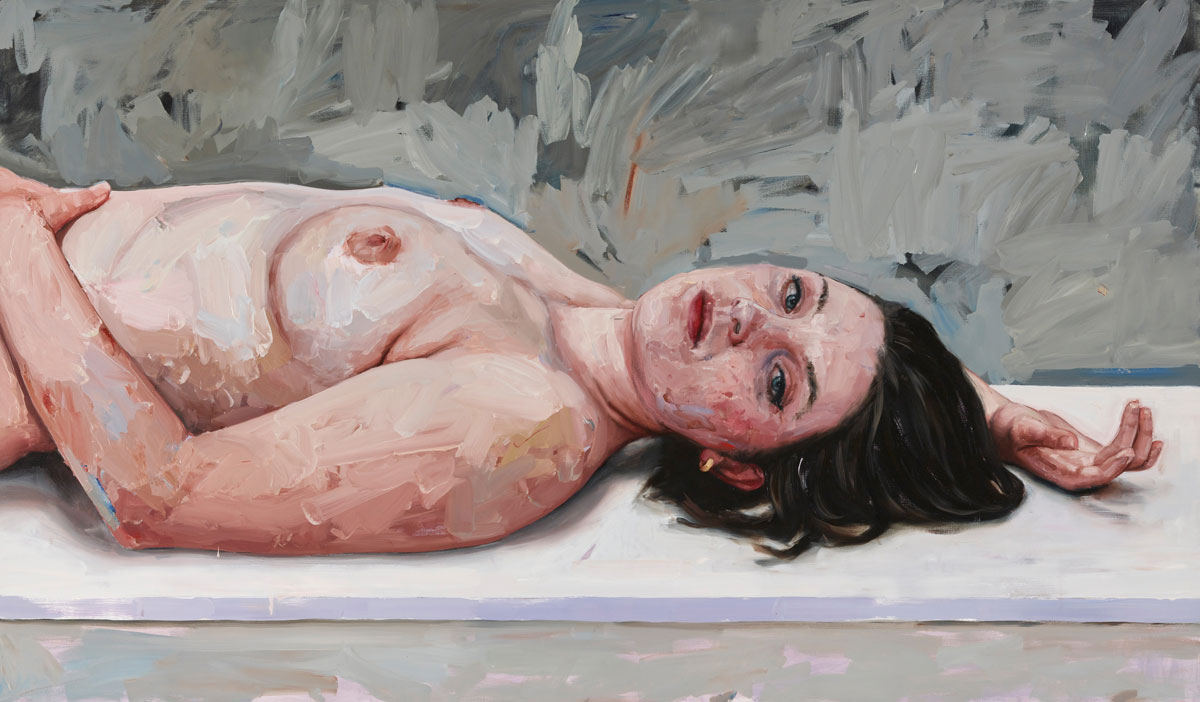 Tsering and her father Robert are regular entrants and finalists. Tsering feels it’s a privilege to have her work on show with that of the other finalists.

“The Archibald is a nice way for me to have my voice heard and connect with many different people. It’s the most famous prize in Australia, so it reaches a really wide audience,” she says. “It’s a great chance to celebrate someone whom I admire in the community.”

This year, Tsering painted artist and activist Sally Scales, a Pitjantjatjara woman from Pipalyatjara in the Aṉangu Pitjantjatjara Yankunytjatjara (APY) Lands in South Australia. Scales, an artist herself, began painting in 2020 after working closely with arts leaders and Elders from the APY Art Centre Collective. She is currently part of the leadership team working for the Uluru Statement reform which is calling for a First Nations voice to parliament. 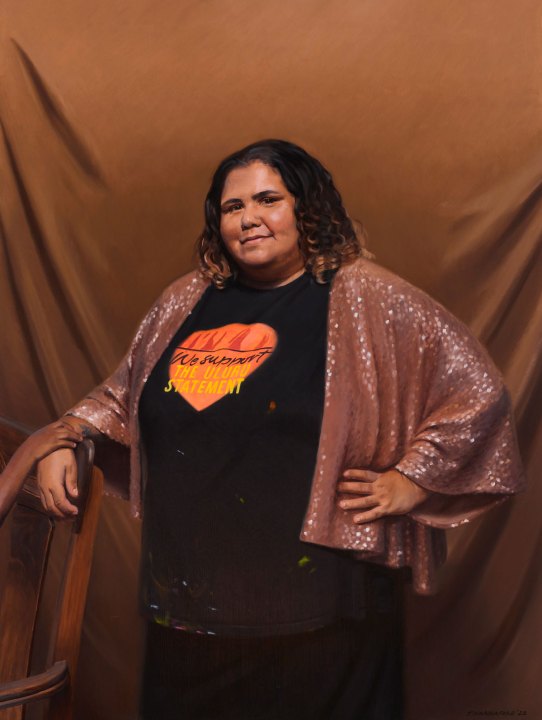 “I chose Sally because we are a similar age and I admire what she is doing; she is an incredible woman,” explains Tsering.

“She upholds so many people in her community and is a mother, an artist, and a bit of a wonder woman. I just wanted to celebrate her.”

The layout of the portrait involved a collaborative process, where the artist and sitter discovered a shared love of the Gilded Age. In this composition, Scales stands with a wry smile, dressed in a slightly paint-daubed Uluru Statement T-shirt, her son Walter’s hand gently holding her right wrist. Her look is finished off with a sparkling, sequinned jacket which adds a touch of glam. The image represents her perfectly and features symbols from her roles and responsibilities.

(Scales herself was a finalist in the 2022 Wynne Prize – announced at the same time as the Archibald – and won the Roberts Family Prize for her painting Wati Tjakura). 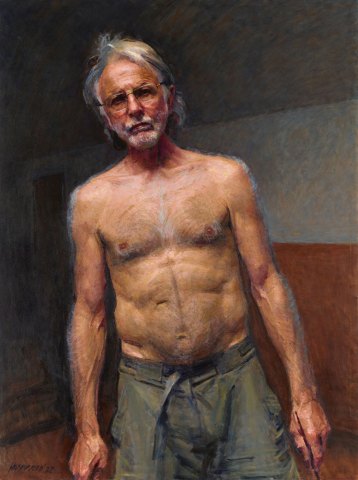 Tsering’s father Robert has been an Archibald finalist on 26 previous occasions, winning the People’s Choice three times, with sitters including Malcolm Fraser, Paul Keating, Bob Brown and Tim Flannery. This year’s entry is a self-portrait painted during a period of recovery from a recent brain injury, caused by the after-effects of cancer treatment 15 years ago.

Like Tsering, Robert feels that entering the Archibald isn’t about taking out the major prize; rather, it’s about reaching a wide audience and connecting with a broad range of people. Many of those he has chosen to paint over the years have become great friends.

When undertaking his portraits, Robert says he doesn’t set out to depict anything in particular but rather it reveals itself as it goes along.

“I don’t set out to try and portray anything other than the character of the sitter,” he says.

One of the oldest and richest art awards in Australia, the Archibald’s finalist exhibition at the Art Gallery of NSW reaches a wide audience. For some visitors, it may be the only time they will go to an art gallery. The Archibald’s popularity and appeal are due to the subjects of the portraits, which give an insight into some of the important issues and spokespeople of the time.

The 2022 Archibald Prize exhibition is at the Art Gallery of NSW until August 2022.

From July 9 until October 3 this year, the Art Gallery of South Australia will present Archie 100: A Century of the Archibald Prize, which features a diverse selection of Archibald portraits from the last century, including works by Robert Hannaford and Vincent Namatjira.