South Australian First Nations screen creatives will have the opportunity to forge new careers in television production through the second iteration of an internship program offered by the SA Film Corporation and Channel 44.

Up to three First Nations interns will be selected this year for placement at Channel 44’s Collinswood studios, where they will get hands-on experience in television production and the creation of original content for broadcast. Internships are available across roles ranging from production assistant, to operations co-ordinator, web development, editor/VFX/animation, and casual production crew.

“Getting the chance to work on-set at an actual broadcaster not only helped me develop my skills, it also helped me secure a post-production attachment on Warwick Thornton’s Firebite – a really exciting opportunity I am very thankful for as someone who grew up watching his films,” says Keith Gilbey Warrior, one of the 2021 interns, who is also co-directing Channel 44’s First Nations panel show Mob Talks.

Every picture tells a story

One hundred teenage artists will create portraits that capture a moment in the life of a 100-year-old person in the South Australian rollout of The Centenarian Portrait Project by Teenagers.

A portrait of centenarian Alma Jones, by Kate Howie.

The national project is run by not-for-profit arts organisation Embraced Inc, which says around 70 centenarians across the state have already been matched with teenage artists, but there is still a window of opportunity for more young people aged 15-19 to get involved.

Those selected will have a series of “get to know you” sessions with their centenarian before creating an artwork, with the South Australian portraits to go on show in a free exhibition at The Drill Hall, Torrens Parade Ground, from June 21-30.

“The connection formed between the young and old makes for a portrait with great meaning,” says Rose Connors Dance, creative director of Embraced Inc. “To see what 100 years of life looks like through the eyes of young artists is incredibly humbling for everyone involved.”

Further details and the artist application form can be found here.

“Building on from many years of successful mentorship programs, this current round of Catapult continues a focus on applications that will provide a long-lasting impact on the career of the recipient,” Guildhouse says of the program.

Applicants must have a confirmed national or international mentor. As a result of Guildhouse’s partnership with Country Arts SA, two of the mentorships have been earmarked to support regional artists, with one of these to be awarded to an artist under the age of 26.

More information about the 2022 Catapult callout can be found here, with applications closing on June 14. 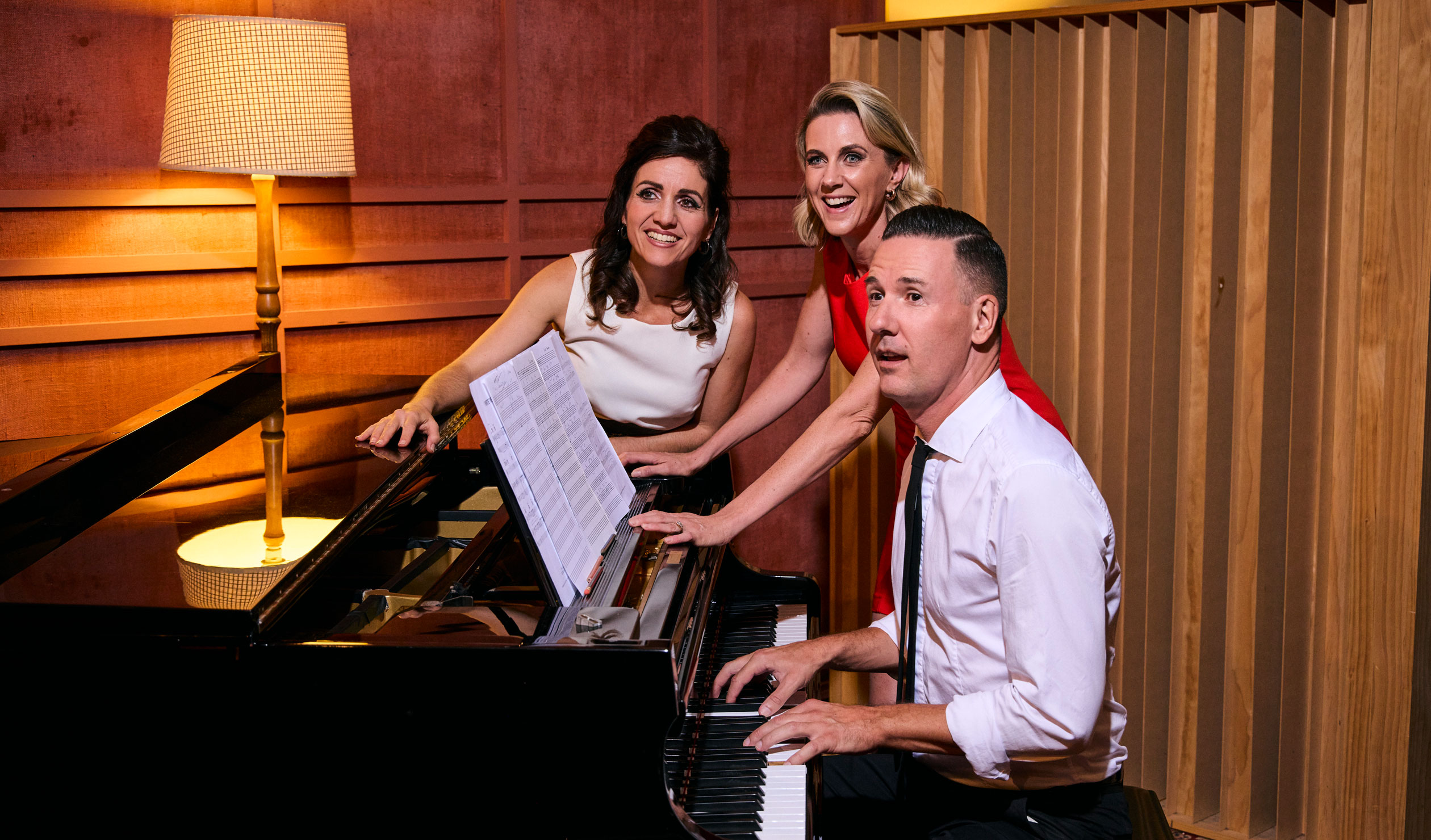 The show features Amelia Ryan (also the director), Michaela Burger and Michael Griffiths, and is named after New York’s “the Brill Building”, which in the 1960s housed prolific songwriters such as Carole King and Cynthia Weil. A new matinee performance has been added at 2.30pm on June 11, with that evening’s show already sold out and limited tickets left for the 9.30pm performance on June 10.

Other SA shows in this year’s Cabaret Festival include Libby O’Donovan’s Sister Elizabeth, State Opera’s How to Kill Your Husband, and Louise Blackwell’s Love on the Left Bank. 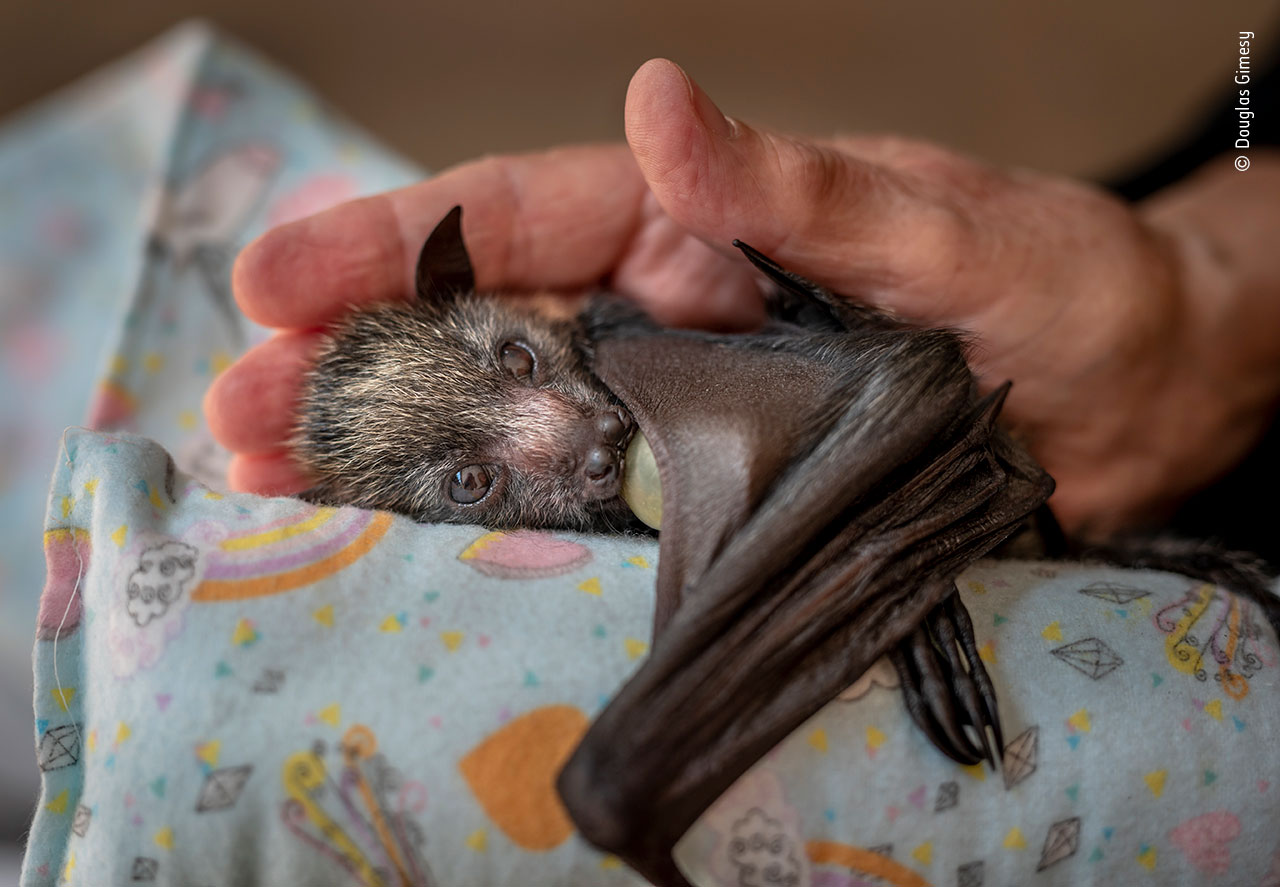 A Caring Hand, by Douglas Gimesy.

Striking images of animals, flora and landscapes from all over the world are currently on show in the Wildlife Photographer of the Year exhibition in the International Rose Garden at the Adelaide Botanic Garden.

The touring exhibition, on loan from the Natural History Museum in London, showcases standout photos from the annual Wildlife Photographer of the Year competition, which attracts more than 50,000 entries. They range from poignant photos of wildlife, such as Australian photographer Douglas Gimesy’s highly commended image of an orphaned grey-headed flying fox (like those that roost in Botanic Park) to a “fantastical rainforest” in Colombia, a bear cub napping in a tree in Alaska, and bioluminescent ghost fungus.

Running concurrently, in the Santos Museum of Economic Botany in the Adelaide Botanic Garden, is artist Cara Johnson’s exhibition Overlay, which presents a very different way of looking at environmental refuse.

Johnson has repurposed collected plastic, netting, wire and weeds from the environment to create detailed jewellery and art pieces, with Overlay seeking to highlight the “harsh human impact” of agricultural and land-clearing practices.

Both Overlay and the Wildlife Photographer of the Year exhibitions continue until July 24.

Your views: on a One Nation MP's immigration opinion